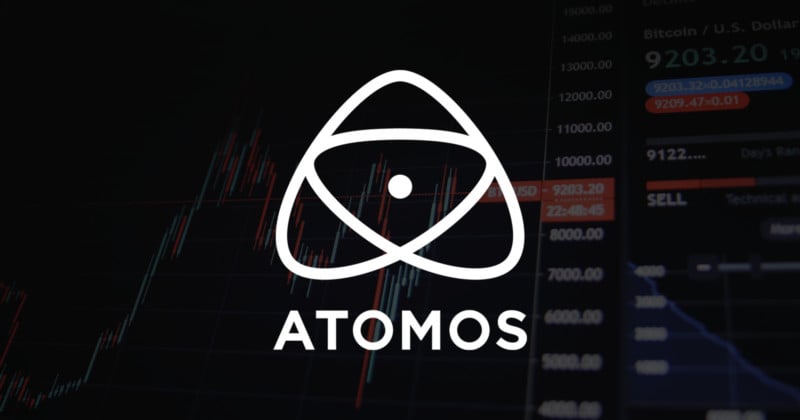 McGechie’s complaint, filed in the Superior Court of California, also alleges significant and repeated gender discrimination by its leadership and its board. The full complaint cites multiple examples of said discrimination and alleges multiple illegal actions taken by the company and its board. She says that because she “dared” speak up about the “rampant illegal conduct” at Atomos — a publicly traded company on the Australian stock exchange (ASX) — that she suffered the consequences and fired.

This is in contrast to Atomos’ publicly-stated reason for her dismissal (a requirement for companies listed on the ASX when changes are made to a leadership team), which was that she refused to move to the company’s headquarters in Melbourne, Australia.

Australian-borne, McGechie had previously worked for The Walt Disney Company, Apple, Logitech, and most recently Frame.io before her hire at Atomos in June of 2021. Adobe acquired Frame.io in August of that year. McGechie says she was recruited by Atomos based on her prestigious career and her unique product experience. Her complaint says that while she was brought on to “turn the organization around,” her male colleagues were “resistant to her pleas to bring the company into compliance.”

As the only female leader at Atomos, McGechie says the attitude toward her was “indicative of the insidious ‘boys’ club’ culture at the company” and that she was subjected to inappropriate conduct, was micromanaged, was harshly criticized for her management style, and targeted when she spoke up.

“As a woman, Ms. McGechie was expected to be a subservient ‘yes’ leader and, when she did not comply, her days were numbered,” the complaint reads.

More damning, McGechie says that her complaints of unlawful activity at the company were met with resistance and were the principal reasons for her dismissal.

“Instead of taking her complaints regarding unlawful conduct seriously, Atomos terminated Ms. McGechie to avoid addressing fraud at the company and scapegoat Ms. McGechie for the aftermath of years of illegal conduct perpetrated by its male executives.”

After her dismissal, McGechie alleges that the company attempted to immediately hire her back in an apparent mea culpa, but terminated her again after she made it clear she wasn’t going to turn a blind eye to the multiple compliance issues at the company.

“After hearing her final complaint regarding the illegal activity, and her plans to address it, Atomos terminated her,” the complaint says. “Atomos continued its pattern of deception to shareholders by falsifying the reason for Ms. McGechie’s termination in its public announcements and repeatedly misleading shareholders regarding its financial forecast.”

The complaint lists extreme detail of both repeated situations of gender discrimination at the company spanning years as well as details of multiple illegal activities she alleges take place at the company. PetaPixel has hosted the legal complaint so that interested parties can read it in full, but below is a summary of the allegations.

A History of a ‘Boys Club’

McGechie’s complaint says Atomos is a company whose leadership team consisted of 10 men and her, making her the only woman in senior management. The complaint also says that as of July of 2021, out of 35 middle-level managers, only three were women. She says that prior to her hire, the company’s Board and Executive team were entirely men.

She paints this situation as creating a “boys’ club” atmosphere, where senior women were excluded from meetings, their opinions were not sought, and any women were expected to adhere to stereotypical gender roles.

McGechie’s complaint points to the company’s “spotty” history with the treatment of women and cites multiple female employees who have reported experiencing discrimination or abusive behavior. She alleges that the company did not take any remedial action to address any of these situations and, in one case, terminated an employee for complaining.

In one of a few examples cited in the complaint, one former employee was allegedly sexually harassed and assaulted by a male executive multiple times between 2016 and 2017 and, after reporting these incidents (which included attempts to “kiss and touch” her) to the COO at the time Tony Trent and CFO James Cody, the two executives informed the harasser of the report. In response, he allegedly “escalated his conduct” culminating in him physically and verbally assaulting the employee at work.

Allegedly, the harasser threatened that if she ever talked to anyone about his conduct, he would tell people that she came onto him. This interaction apparently took place in front of customers and employees at an event, after which the woman fled the event and resigned.

“The incident was so disturbing that a male colleague, who had witnessed the conduct and attempted to protect the employee, also resigned,” the report reads.

In addition to the above and other examples in the complaint, McGechie cites her own personal experience with gender discrimination that she experienced on multiple occasions. She cites examples of being treated dismissively by Board members that was in “stark contrast” to the way it treated previous male CEOs.

“Often during meetings, Board members Mr. Stanley and Sir Hossein Yassaie would express, non-verbally and verbally, for Ms. McGechie to keep quiet or to only speak when she was invited to and agreed with them,” the complaint reads. “On one occasion, Sir Yassaie explicitly told her not to speak.”

The problem was so significant that McGechie alleges it resulted in two Atomos acquisitions falling through because the target companies were uncomfortable with the way that Atomos treated her.

Finally, McGechie found that her compensation was less than was paid to the former CEO and the interim CEO. She also noted that the former CEO’s employment agreement provided for 12 months of salary of severance upon separation, where she was only granted six months despite the fact they performed the same role.

“Her complaints about unequal pay based on her gender were dismissed and ignored,” the complaint reads.

In addition to the gender discrimination, McGechie points to several illegal activities that the company’s leadership took part in. For example, she says the company has a history of what is known as “channel stuffing,” which is the practice of inflating sales figures by forcing more products through a distribution channel than it is capable of selling.

McGechie says she began looking into Atomos’ “irregular” sales patterns in late 2021 and found evidence of “channel stuffing” to manipulate sales revenue, which she was told had been happening “for years.” She spoke with a former Director of Business Development at the company who said he also witnessed the behavior and was told to “just accept it.”

The complaint alleges that in June of 2021, Atomos knowingly shipped AtomX CAST units, an accessory for the company’s Ninja recorder, that did not have any software installed and were “for all intents and purposes, paper weights.” The Board and executive team were allegedly aware the units were not functional but shipped them anyway in order to record sales for the fiscal year that ended that June.

McGechie says she also learned this happened in November of 2020 with a new product sold as the “Neon” which again was shipped prematurely to record sales for a fiscal year and she alleges the company misled shareholders about the success and traction of the Neon. The product packaging allegedly listed false and misleading statements, specifically that it had Android support (it did not) and had inaccurate monitor sizes. The package also listed Dolby Vision, which implied it was an integrated feature, but the company allegedly did not have legal clearance to use the Dolby Vision trademark and the Neon did not function with the full Dolby feature set. The Neon also had “several” hardware deficiencies.

The legal document cites several other cases of illegal activity. The complaint paints a picture of a leadership team that would hit sales goals by any means necessary, and when McGechie attempted to address the situation, she was terminated.

McGechie says that even in the public statements regarding her termination there were false and misleading statements. She says that not only were the statements about her refusal to move to Australia “plainly false,” the company was not truthful about its revenue forecast, which she says were knowingly overstated — a statement it would make repeatedly. This was eventually revealed in May of 2022 when the company publicly disclosed that it would not meet that revenue forecast, which caused its stock to drop in value 40% in one day.

The complaint says the company blamed her for the slow sales by saying the “slower than expected sales occurred in the first four months of the 2022 calendar year” and that the cause of the problems had been “corrected mid-April,” seemingly laying the blame at her feet for an issue that had been internally recognized for months prior. McGechie says this false denigration against her was done to burnish the company’s own image.

“Atomos’ unlawful conduct cost Ms. McGechie millions of dollars in lost earnings and other out of pocket loss, as well as non-economic damages,” the complaint says.

Update 9/10: Atomos provided a response to PetaPixel’s request for comment after publication:

“Atomos has been made aware that a complaint has been filed in the United States by its former CEO, whose employment was terminated earlier this year.

“The former CEO’s employment agreement was made under Australian law.

“Atomos has not been served with her legal claim.

“If Atomos is served with a claim, the claim will be vigorously defended.

“Atomos is very confident in our position and the legal processes.

“Atomos’s board strongly believes that there is no basis for additional payments to be made and also notes there are legal constraints in Australia limiting the ability to make such payments.

“Atomos notes that the former CEO claims that she discovered a ‘major fraud’ and that this is one of the reasons why her employment with the company ended. Atomos is confident that the allegations
have no basis.

“This comment was made by the former CEO on the final day of her employment, following a number of discussions with her about her performance, her failure to relocate to Australia, and her failure to comply with and deliver on her obligations to the company. It is also noteworthy that Atomos is audited by the leading chartered accounting global firm, Deloitte.

“Despite all of this, the company takes such allegations seriously, and will take all steps that may be necessary to maintain the confidence it has that her claims are unfounded.

“Atomos has always believed the technology industry can do better with regard to diversity. We believe change starts at the top. This is why we appointed two women to our board, and selected a
woman CEO to lead the company.

“We stand by our people and will support them through this distressing process.

“Given that this matter may become the subject of legal proceedings, Atomos is constrained about making further comments.”