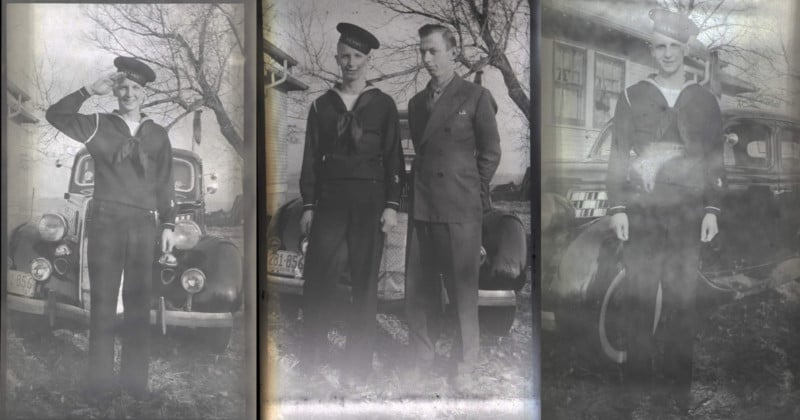 A photographer is appealing for information after he discovered a lost roll of film inside a Kodak Brownie that contained “special” photos of a U.S. Navy soldier thought to be from the World War II period.

Keith Yearman tells PetaPixel that he was perusing a street market in Chicago when he noticed an old Kodak Brownie sitting on a vendor’s table. After purchasing the 1920s camera he discovered an undeveloped roll of film inside.

“I was walking around doing some of my street photography at the Maxwell Street Market in Chicago. I noticed one vendor had several old cameras,” he explains.

“I have a collection of older cameras, many of which I still use (albeit infrequently). I actually have my family’s old Brownie from the 1920s, as well as the photos that were taken with it. So I have a sort of sentimental connection to those old box cameras,” he says.

“When I eventually opened the camera I was surprised at how tightly wound the roll of film was. Obviously, I had no way to know oh how the camera and film had been stored, Or if somebody had opened the roll at some point. But I had to have it processed.” Yearman sent the film to a photo developer in New York who received an excited callback. “She said ‘you’re not going to believe it,'” he tells CBS Chicago. 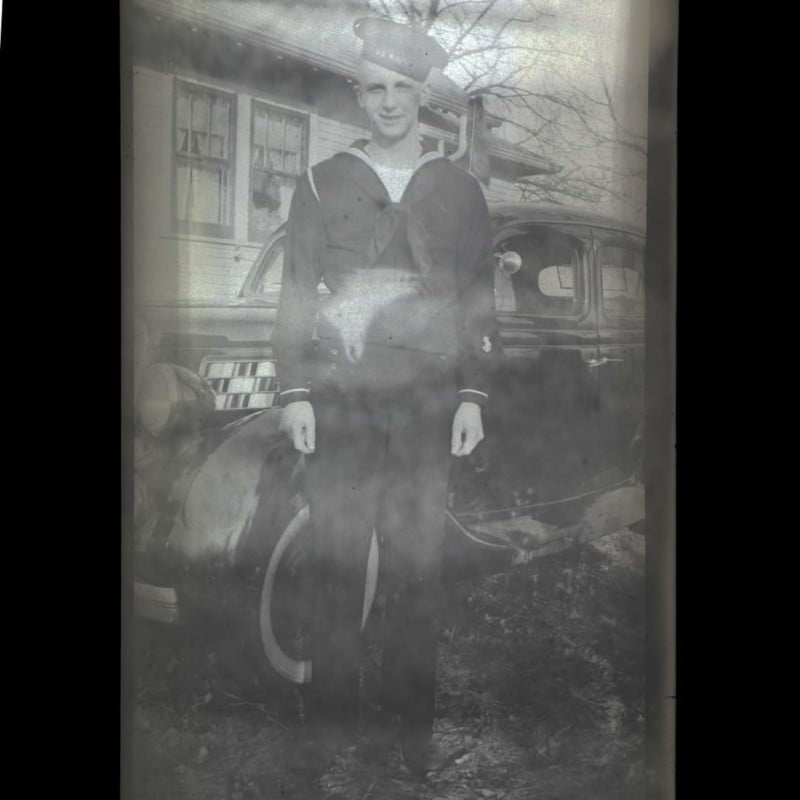 The photos show a young, smiling U.S. Navy soldier in uniform posing in front of a car, possibly a Caddilac, with Minnesota plates on.

“He appears to be so happy,” Yearman tells CBS Chicago.

“They went through absolute hell in World War II, so to see a happy moment like this, it’s sort of breathtaking.” Yearman is now on a mission to find the sailor or his family. As he still has the photos from his family’s Kodak Brownie he understands the sentimental value that the old film photos can have.

“Having those photos from my family means so much to me,” Yearman says. “I hope that whatever family members I’m able to find appreciate these photos as much as I appreciate my family’s.”

Yearman is appealing for information and has released his email if anyone can help.