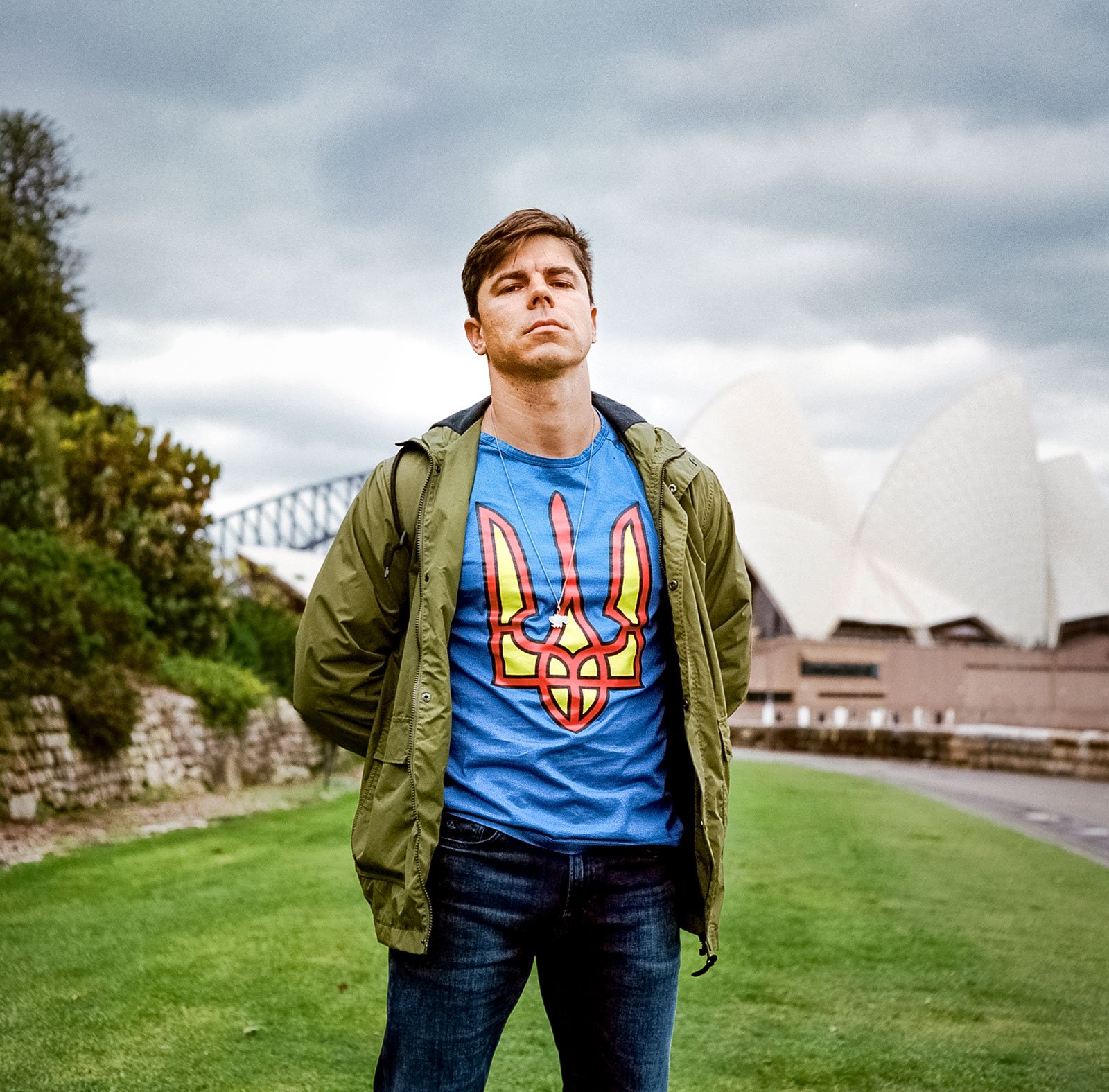 Photographer Thomas James Parrish’s We Are Ukrainian photo project focuses on both Ukrainians who have lived in Sydney, Australia for years along with those who have arrived as refugees after Russia’s invasion of the country earlier this year.

In We Are Ukrainian, the vivid colors and somber introspective eyes of the subjects of Parrish’s photos beckon a kind of mesmeric gaze and fixed attention of its viewers. Capturing the diverse array of stories and photos through the lens of his Mamiya C330 and Portra 120 film, the Australian-based photojournalist skillfully illustrates the complex moods and varying degrees of emotions of Ukrainians who now reside in Australia.

Part photo diary and part storytelling, the shots from We Are Ukrainian aim to communicate the various challenges of being on the other side of the world and having to witness conflicts in one’s homeland, while also sharing the experiences of those who have recently escaped that homeland.

Parrish’s work is fueled by a passion for creative storytelling and a desire to explore and document social issues; he aspires to promote reflection and positive social change with his works.

“I hope this series enables an understanding of the struggles currently faced by members of our society, and that it acts as a reminder of the relevance of a conflict we may choose to believe bears minimal immediate significance,” Parrish says speaking with PetaPixel. 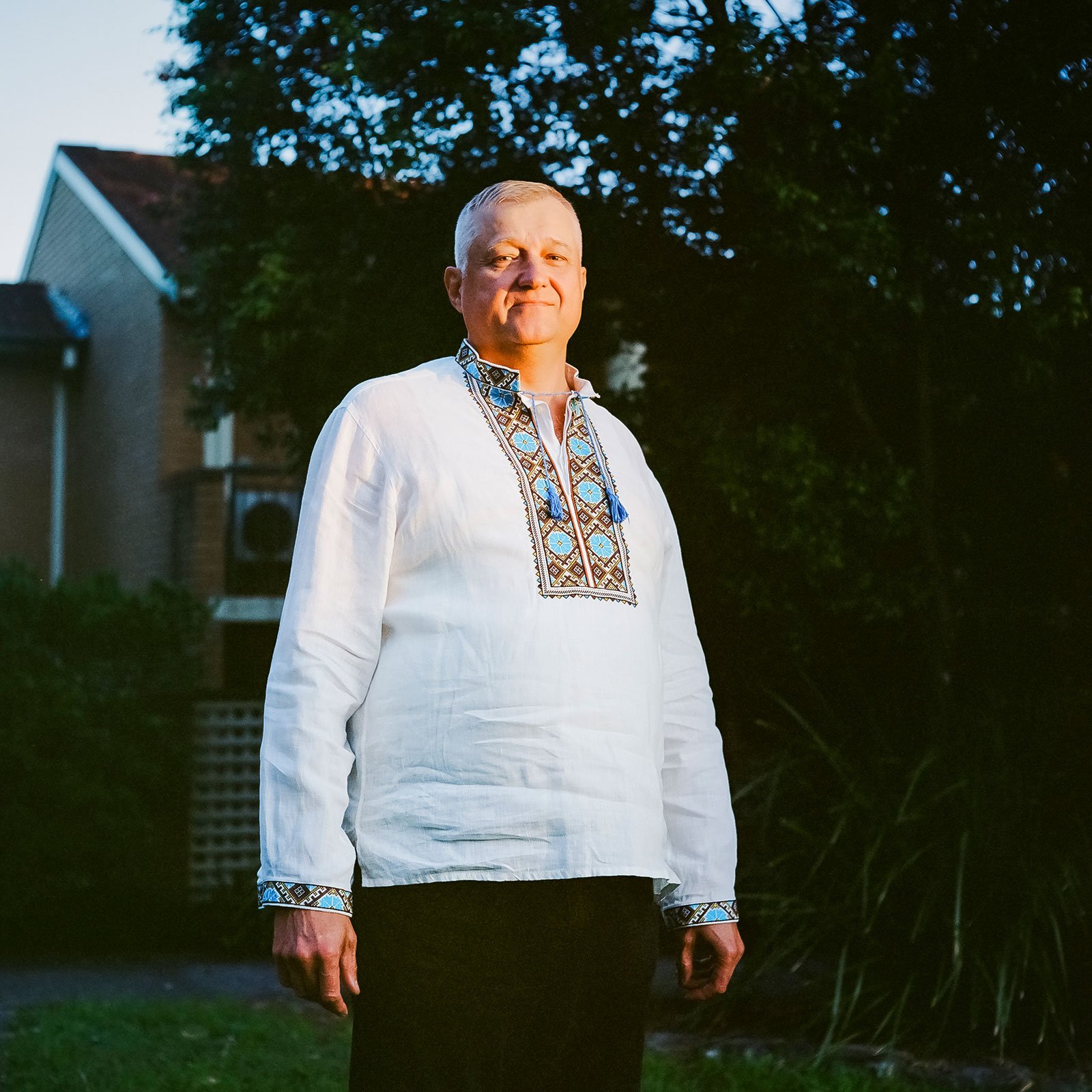 Each photo is titled after its subjects and is accompanied by their words and their stories of resilience and sacrifice.

In the photo titled Ksenia, for example, the subject is seen standing defiantly with the backdrop of an active protest behind her. She grapples with her complex emotions around the news of the initial invasion of Ukraine and the response of her neighbors.

“I live above a public pool and there are children splashing around and laughing and the first couple of days I was resentful, like, how can you be having fun? How can the world just go on? It feels so unfair. Then my mind just went ‘nup, too hard’ and I woke up one day and was like okay back to work . My mind just decided it was too hard to process this so we’ll just go back to the comfortable everyday stuff, and I hated that because I don’t want to not feel it, it felt numb.”

In the photo titled Maksym & Kateryna, the couple expresses their frustrations with the politics of the war and their distance from Ukraine.

“It’s helplessness.The first emotion is being helpless. We can do nearly nothing from here. Just share news and check information and send some money to volunteers for buying medicines, ammunition and so on […] Then it’s the rage and probably hate because Russian could have stopped this from happening for a really long time ago, even when Putin for the first time cheated to stay President[…]It’s about hate and helplessness mainly.”

In the photo titled Anton, the subject laments not being in Ukraine right now.

“Absolutely I wish I was there. I’m meant to be there. I had a flight that was cancelled because of the war. So I should have been there already. I think about it every day and I do really wish that I was there, which is why I stopped working and am doing as much as I can to help the community. I’m working with humanitarian and military efforts. Helping our military, working with anyone coming over here from Ukraine, helping with visas and helping with people on the ground.” 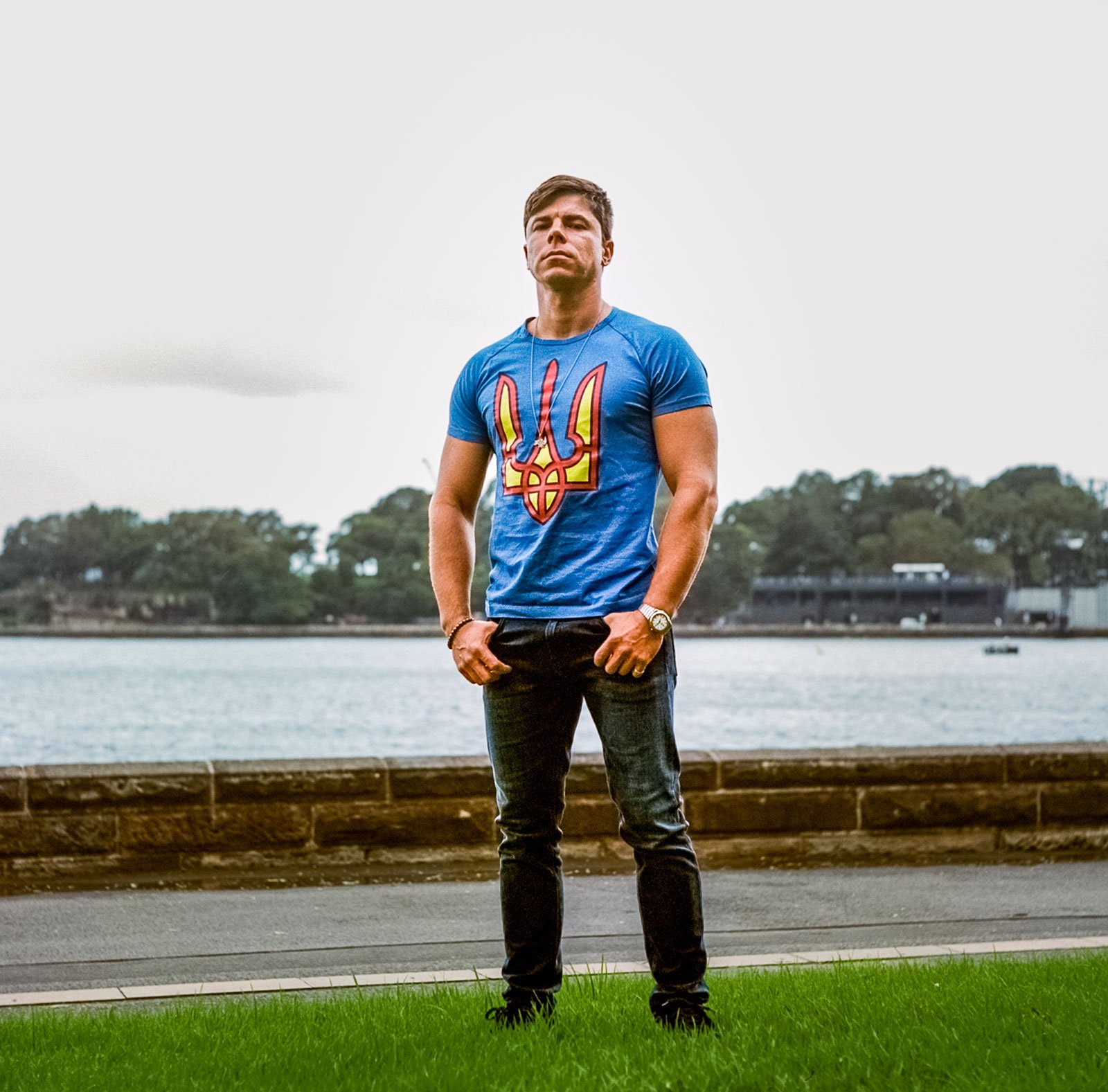 In the photo titled Anastasia, the subject reflects on her heritage and her present life in Australia.

“There’s a huge aspect of survivors guilt. Why am I here and why is my family still there? Why out of everyone did my great grandparents leave and give me the opportunity to be here? I could as easily be there right now. For my great grandmother to have walked from Ukraine to Germany on foot, taking 2 years, and during that time she gave birth without anyone around her. For her to do that, the suffering that she endured to ensure that I’m not there right now. It’s an intense thing to think about.”

In the photo titled Taras, the subject is in bright Ukrainian attire and reflects on the losses in his life.

“I have some friends who are soldiers, and obviously they don’t give lots of information right now because they’re involved in the war. So they can’t shoot and write on Instagram at the same time. But I know one guy, my good friend, he died a few days ago. And the other guys who are fighting, they say that they’ll never give up. So what I’m really proud of is that they are so strong and even though they understand that we are over gunned, we are overpowered by Russia, they still want to fight.”

In the photo titled Olga, the subject’s vibrant hair is basked in sunlight while discussing the frustrations of propaganda.

“Imagine the city you grew up in, this beautiful historic city, getting pummeled, getting destroyed and the whole country is becoming a war zone. It’s just really hard. And what’s even harder is dealing with Russian propaganda saying everything is fake and dealing with people who have latched onto that.”

In the photo titled Mar’yana, the subject cradles her violin in natural light.

“I play in a Ukrainian music ensemble, which I started a few years ago. Playing violin helps me feel close to my country and to my culture. At every concert I can sense that the audience learns more about my country through songs written generations before, it is deeply moving. So I continue to spread the message of Ukraine through my music.”

And in the final photo titled Vladislav, the subject is wearing a traditional attire, and shares his thoughts on the conflict that is occurring in his homeland.

“Why Russia hates Ukraine? Well many reasons for this. One we think is that the empire has ‘phantom pain’ […] the empire has had phantom pain since Ukraine’s independence.
Another reason is the empire is not strong, but it is not fully broken yet either, and so it will try to make revenge on those who breaks away from them. They cannot accept that they are being broken, and they are angry with Ukraine for this. And most of all, without Ukraine, the Russian Federation cannot be the Russian Empire.”

Read all of the full stories and see more shots from the series on Parrish’s website.