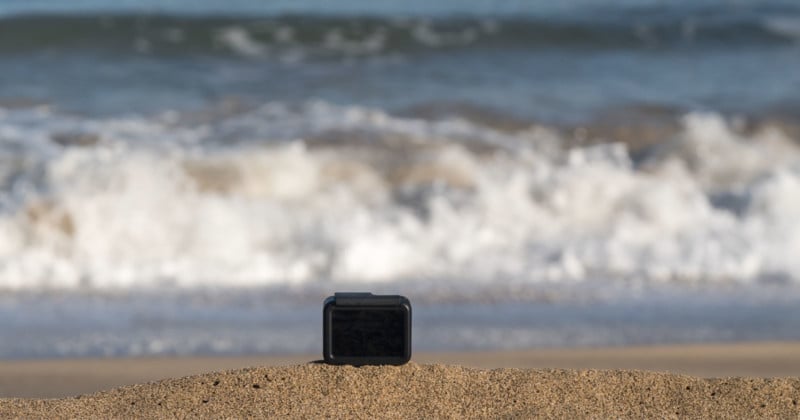 A Florida man has died after he became buried in the sand in what officials speculate was caused by the collapse of a dune he was leaning while photographing the morning sunrise with his GoPro.

According to local police, Sean Nagel, aged 35, was known to spend the early morning hours near Rock Beach in Martin County, Florida, accompanied by his GoPro where he would watch and record the sunrise.

His body was discovered later that morning when a bystander walking down the beach saw Nagel’s feet sticking out from the sand. According to WPTV, fire rescue arrived at the scene and later removed the body.

“It was an unusual scene with his feet sticking out of the sand and then of course we had to dig down and find the body,” Sheriff William Snyder tells the local NBC affiliate. “It revealed some sand in his lungs.”

The time of death was estimated at between 5 AM and 6 AM, and officials speculate that Nagel had his legs up and was leaning back on some sand when it collapsed on top of him.

“Somehow while he was there, inexplicably, we don’t know why, that beach erosion, mountain of sand, collapsed on him,” Snyder continues. “Obviously, he was unable to get out, and he expired. The cause of death is asphyxiation.”

Martin County’s website shows a few photos of the area, and one in particular provides a bit of context into how this accident might have happened. It appears that on some areas of the beach, the sand forms into small cliffs and it is entirely possible that Nagel was leaning up against one when it collapsed on top of him. The cliffs aren’t large, but if he was surprised by the situation and became trapped by the sand, he very easily could have suffocated.

“Investigators are awaiting toxicology tests, which is standard. Those test, however, are not likely to change the outcome of this incident being a tragic accident,” the local police department says.

Law enforcement says they have never seen anything like this strange incident and, at the time of publication, officials don’t believe there was any foul play involved, although the situation is still being investigated.