Snapchat has launched a new in-app safety tool that lets parents see who their teens have sent messages, photos, or videos to in the last week — but keeps the content of the material hidden.

Snapchat announced the new “Family Center” feature in a blog post on its parent company, Snap’s website yesterday. The tool is designed to enable parents to get more insights on how their children use the app.

The new Family Center feature will show parents their children’s friend list and who is communicating with them — while keeping the content of these conversations private.

To use the tool, parents will need to have their children add them on Snapchat. Guardians will then be able to confidentially report any concerning accounts connected with their child using the Family Center. 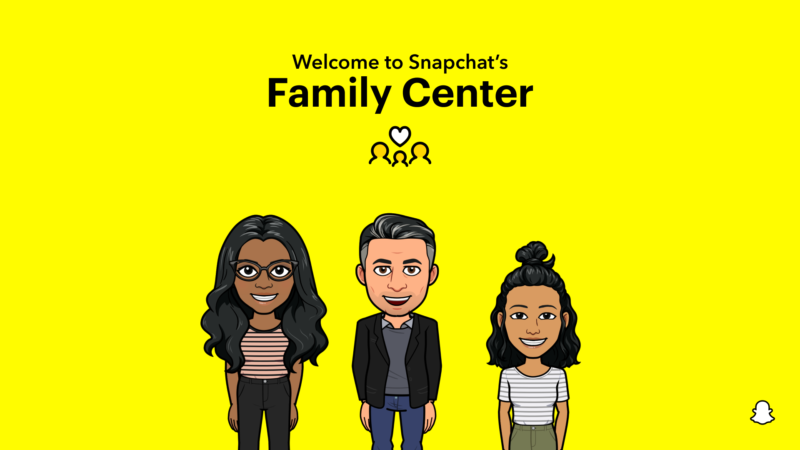 In the post announcing the new feature, Team Snap says: “Family Center is designed to reflect the way that parents engage with their teens in the real world, where parents usually know who their teens are friends with and when they are hanging out – but don’t eavesdrop on their private conversations.

“Our goal is to help empower parents and teens in a way that still protects a teenager’s autonomy and privacy. We look forward to continuing to work closely with families and online safety experts to keep improving Family Centre over time,’ adds Team Snap.

Snapchat plans to roll out the new Family Center feature over the next few weeks, as well as introduce new tools that allow parents to view who their children recently became friends with. Teenagers will also be able to notify their parents if they report accounts or content on the app. 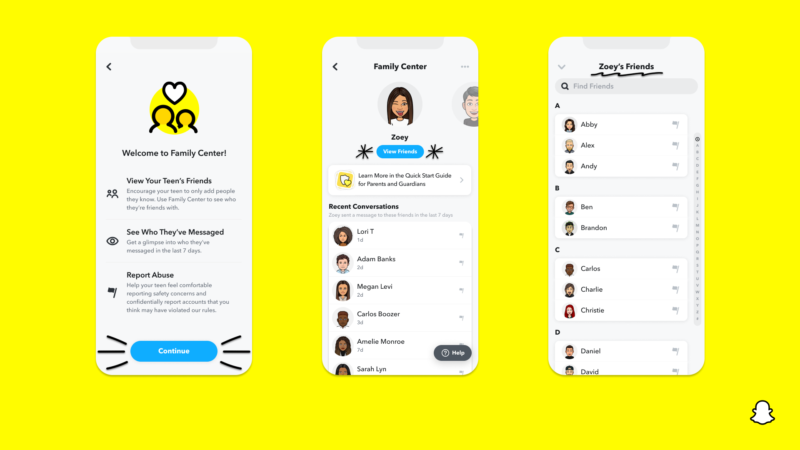 Snap, Instagram, TikTok, and other social media giants have faced questions from lawmakers, regulators, and activists over toxic content on these platforms that targets younger users.

In June, Meta, the parent company of Instagram and Facebook, was served with eight different lawsuits that alleged that the company deliberately adjusted its algorithm to hook young people — while a mother accused Instagram of having a role in her daughter’s suicide in another lawsuit earlier this year. Snap has also been criticized for how its app enables teenagers to buy drugs like fentanyl.

The new Family Center feature comes at a time when the company is reportedly planning layoffs after struggling with declining business and delivering disappointing earnings results.