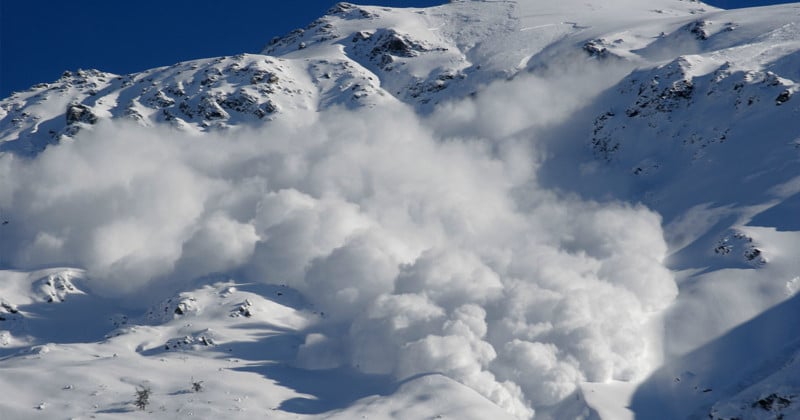 This is the heart-stopping moment a photographer was swamped by a terrifying avalanche as it hurtled towards his trekking tour group while he was taking photos.

Instagram user, Harry Shimmin, who captured the extraordinary footage, was on a ten-day guided tour in Kyrgyzstan’s Tian Shan mountains when a glacier suddenly crashed down the side of a cliff.

Shimmin, who had broken away from the group to take photos minutes before, filmed the snow and rock cascading down the Tian Shan cliff edge, running for cover only at the last minute.

In a viral Instagram post, Shimmin says nine Britons and one American were on a guided tour of the Tian Shan mountains when he heard the sound of “deep ice cracking” before looking up to see the wall of snow shooting towards them.

He says he knows he “took a big risk” by staying to film the event, but felt safe as there was shelter nearby.

“I felt in control, but regardless, when the snow started coming over and it got darker and harder to breathe, I was bricking it and thought I might die,” he writes in the Instagram post of the video which has amassed over 400,000 views.

Shimmin says the trekking group survived the avalanche and largely escaped unscathed although one woman cut her knee. However, he noted that the group was five minutes from death.

“It was only later we realized just how lucky we’d been. If we had walked five minutes further on our trek, we would all be dead. If you look carefully in the video, you can see the faint grey trail winding through the grass. That was the path. We traversed it afterward, walking among massive ice boulders and rocks that had been thrown much further than we could have run, even if we acted immediately,” says Shimmin.

The Tian Shan mountains straddle south-eastern Kyrgyzstan and its northeastern border with China.

In an interview with News.com.au, Shimmin admitted that he was mainly focused on capturing a good shot of the avalanche as the glacier crashed down the side of the cliff.

“Initially, I was focusing on trying to get a good video. I wasn’t really expecting it to get as close as it did, but when it came over the first hill I knew that there was nowhere to run because I was on the edge of a cliff, and that moving from where I was would be more dangerous. When it came over the second hill was when I knew I’d need to use the cover right next to me,” recalls Shimmin in the interview.

“Embarrassingly one of the main thoughts in my head was something like, ‘I hate when people can’t film avalanches properly, I’m going to show them how it’s done,’ which is when I decided to take the big risk of moving so late,” he adds.