Formula One photographer, Michael Potts, captured remarkable images of a huge accident at the recent British Grand Prix, where everyone involved was fortunate to escape uninjured – including Potts himself.

Potts details the dramatic incident on his YouTube channel, and tells PetaPixel that advice from a marshall may have saved his life, as he initially intended to shoot in exactly the spot where the car came to a shuddering halt.

“The best shot was behind the tire barrier, in front of the fence, you could line everything up nicely and I initially wanted that shot — but the marshalls advised not to go there — that was exactly where Zhou ended up. So yes, the marshall did save me,” says Potts. 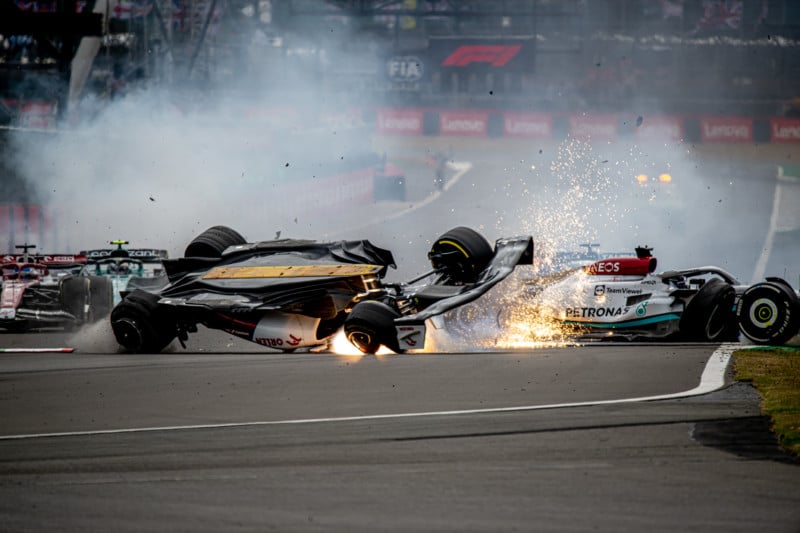 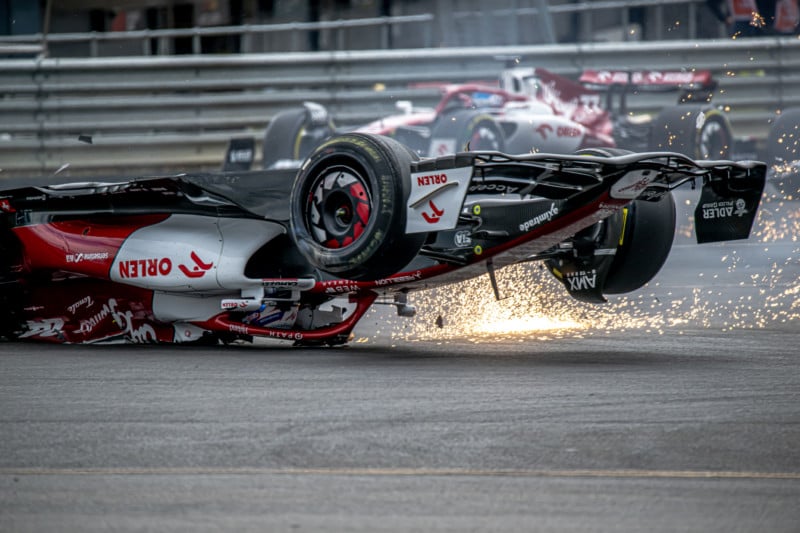 Chinese Driver Zhou Guanyu had just launched his Alfa Romeo F1 car from the start grid when his car was tagged by George Russell’s Mercedes, flipping the car upside down and spinning like a top toward the crash barrier where it somehow jumped over the tire wall and onto the catch fence in front of shocked fans.

“I’m exceptionally thankful to the marshals who were there when I arrived to position myself for the start of the race. I spoke to them about where would be a safe place to shoot from, initially I wanted to shoot from in front of the fence because this gives you a perfect symmetrical view of the start, but thankfully the marshals advised that that wasn’t a particularly safe space to be,” explains Potts, who is covering his fifth season of F1.

The incident underlines the dangers photographers face when covering sports, and in particular, motorsports. 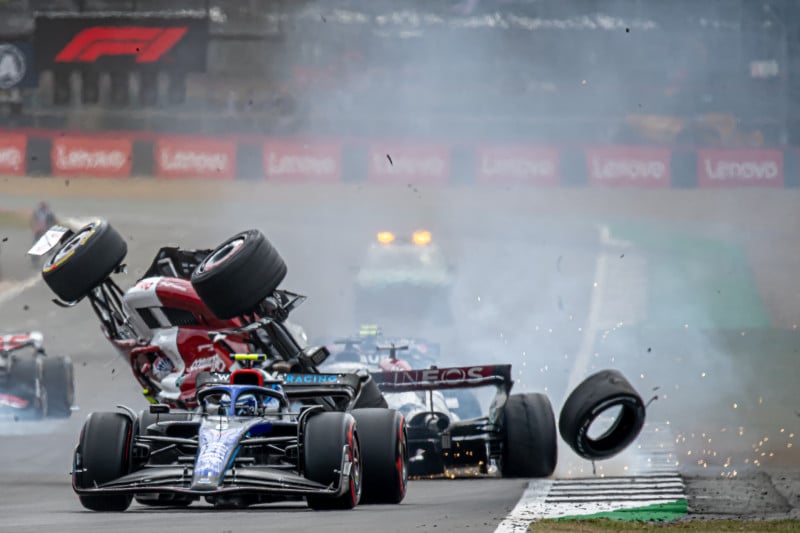 “As the race started I focused on the first two cars, Max Verstappen and Carlos Sainz, then out of the corner of my eye, I saw a puff of smoke in the midfield. I changed focus in time to see Zhou’s car being lifted into the air. Then I managed to track it as it spun, sparks flying everywhere. It flew past me and then collided into the tire barriers behind,” says Potts.

“As soon as this happened we all rushed to see if there’s anything we could do to help. Luckily the marshals were on hand, and although he got stuck in a very very difficult space, they were able to extract him without any serious injury.

“Seeing what had happened, George Russell climbed out of his stricken Mercedes and ran over to see if there’s anything he could do to help, it was a very dramatic and very terrifying incident.” 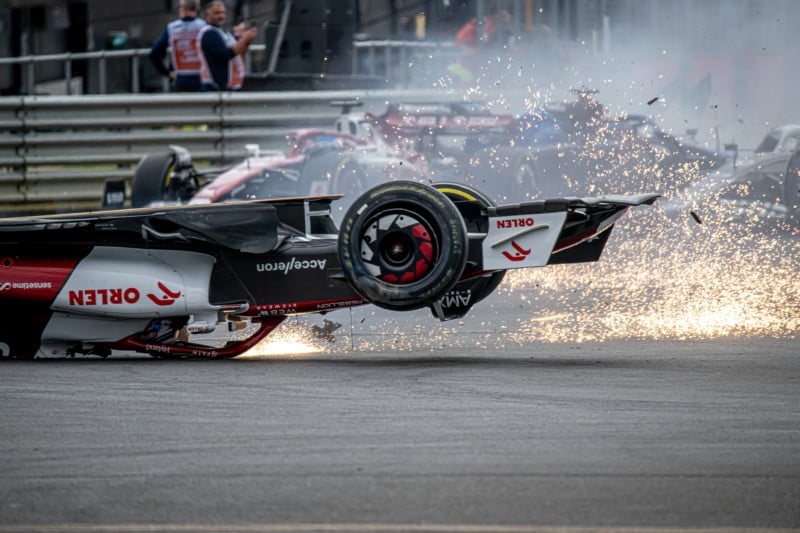 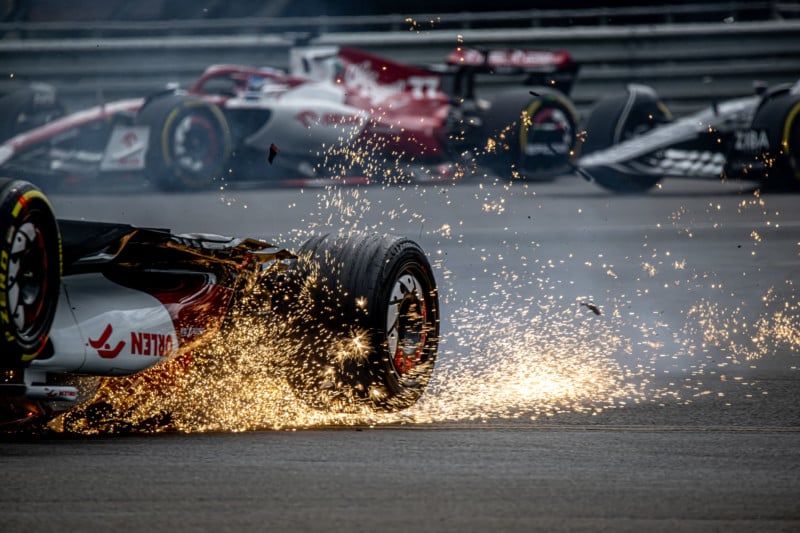