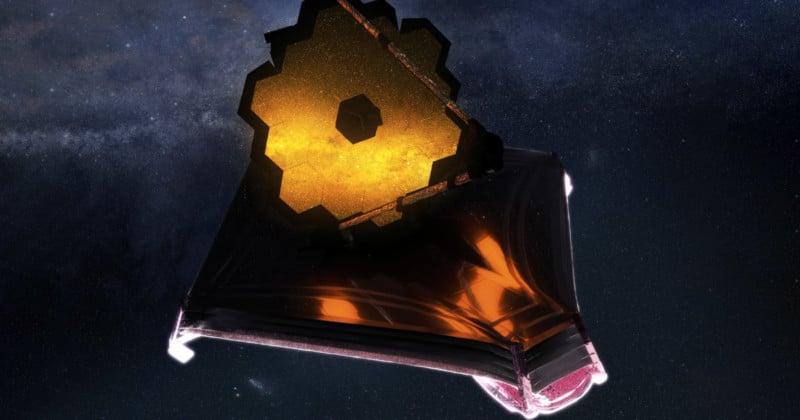 NASA has revealed the cosmic objects that will be shown when it releases the first full-color photos captured by the James Webb Space Telescope on July 12.

The space agency says that the five targets listed below represent the first wave of full-color scientific images and spectra that the James Webb Space Telescope has gathered and will mark the official beginning of the observatory’s general science operations.

The James Webb Space Telescope is the world’s premier space science observatory. Webb will solve mysteries in our solar system, look beyond to distant worlds around other stars, and probe the mysterious structures and origins of our universe and our place in it.
– NASA

The targets were chosen by an international committee of representatives from NASA, the European Space Agency (ESA), the Canadian Space Agency (CSA), and the Space Telescope Science Institute.

NASA says the Carina Nebula is one of the largest and brightest nebulae that is visible in the night sky. It is located about 7,600 light-years away in the southern constellation of Carina. The Carina Nebula is home to many massive stars, several times larger than the Sun.

The photo above was captured by Hubble in 2010 and depcits what is known as the “mystic mountain,” a three light-year tall cosmic pinnacle within the Carina Nebula that is made up primarily of dust and gas, and exhibits signs of intense star-forming activity. The colors in this composite image correspond to the glow of oxygen (blue), hydrogen and nitrogen (green) and sulfur (red).

WASP-96 b is a giant planet outside Earth’s solar system that NASA says is composed mainly of gas. The planet, located nearly 1,150 light-years away, orbits its star every 3.4 days. It has about half the mass of Jupiter, and its discovery was announced in 2014.

WASP-96 b is not visible from Earth.

The Southern Ring Nebula, also known as the Eight-Burst” nebula, is what is known as a planetary nebula: an expanding cloud of gas, surrounding a dying star. It is nearly half a light-year in diameter and located about 2,000 light-years from Earth.

It appears in what NASA describes as a figure-eight shape when seen through telescopes and can be seen from Earth’s southern hemisphere. The photo above was captured by Hubble in 2008.

Stephan’s Quintet, also known as Hickson Compact Group 92, is the first compact galaxy group ever discovered in 1877 and is located in the constellation pegasus. It exists about 290 million light-years away, and four of the five galaxies within the quintet are what NASA describes as locked in a cosmic dance of repeated close encounters.

The “quintet” name is a bit of a misnomer, as studies have shown that one of the members of the group, NGC 7320 which can be seen in the upper left, is actually a foreground galaxy about seven times closer to Earth than the rest of the group.

The photo above portrait of Stephan’s Quintet was taken by Hubble’s Wide Field Camera 3 in 2009.

NASA describes this celestial target as a group of massive foreground galaxies that magnify and distort the light of objects behind them, also known as gravitational lensing, which allows telescopes to get an even deeper field view of the extremely distant and therefore faint galaxy populations.

It’s not clear if Webb will be photographing this cluster or if it will be using it to see even farther away.

The images released from the James Webb Space Telescope on July 12 will feature one photo that is the deepest view of the universe ever taken.

“Webb is nothing short of a real scientific feat. One of those images [to be released] on July 12 is the deepest image of our universe that has ever been taken,” says NASA administrator Bill Nelson.

“If you think about that, this is farther than humanity has ever looked before and we are only beginning to understand what Webb can and will do.

Webb’s first images of the objects above will be released during a live broadcast on July 12 at 10:40 AM EDT.