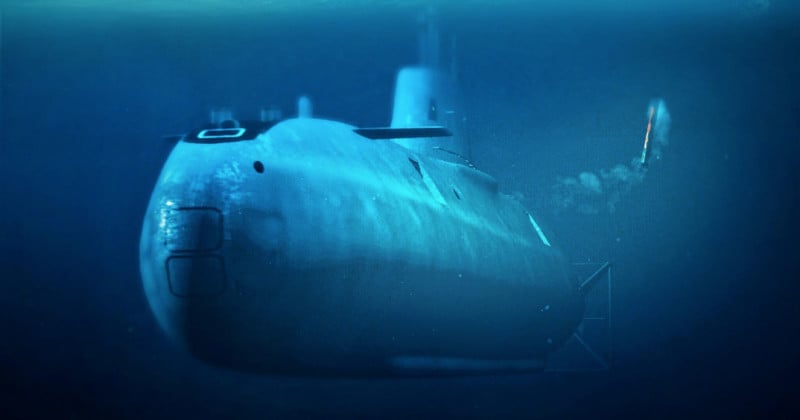 A new underwater quadcopter drone system developed by SpearUAV can launch from a submarine deep below the surface and deploy to the skies up to 24 hours later.

Submarines hide deep underwater but in order to get a solid view of what is happening on the surface, they typically need to come up from the depths and use a periscope, which can reveal its location. As reported by Gizmodo, SpearUAV believes it may have solved this problem with a compactable drone system that can be launched from below, float to the surface, and take to the air up to 24 hours later.

Nuclear submarines are capable of staying deep underwater for long periods of time, and while this is highly useful for stealth missions, communications are limited since wireless signals don’t work very well through salt water and have limited range.

To get around this, the SpearUAV Ninox 103 UW UAS launches from the submarine similar to a torpedo and makes its way to the surface. There, the drone lies in wait until it is deployed which gives a submarine time to distance itself from the device. The drone can sit in waiting for up to 24 hours, after which it launches into the sky and communicates with the submarine via a wireless device that is tethered to the sub and sits just below the surface of the ocean.

SpearUAV hasn’t revealed the specifics of the camera systems on board the collapsible Ninox 103 drone, but does say it has both a standard and infrared sensor. The drone is “ruggedized” and can withstand wind speeds of up to 20 knots and harsh weather conditions. SpearUAV has not revealed how long the drone can operate once launched. 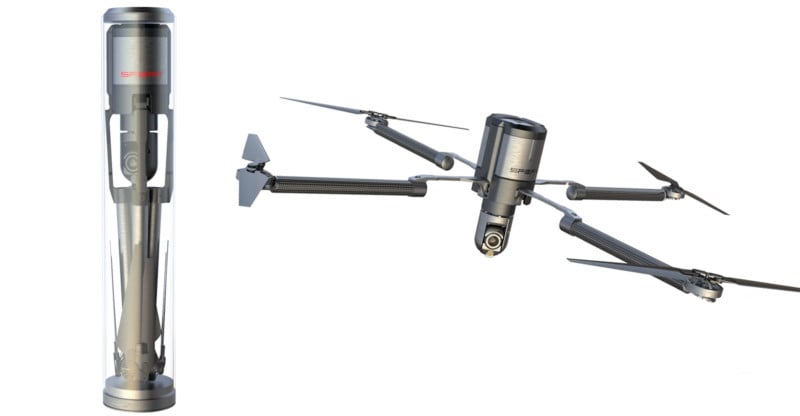 “Designed for undetectable underwater launch, and focusing on real operational needs, the NINOX 103 UW is an autonomous, AI-based system,” SpearUAV says. “Intuitive and easy to operate, it provides the most effective way for submarines, AUVs and other underwater platforms, to gain instant aerial capabilities, supporting those of special forces, reconnaissance, and joint-force operations.”

Obviously designed for military use, SpearUAV positions the drone system to be more powerful and more useful than a typical periscope while also allowing the submarine to stay hidden and keep its crew safe. The drone provides significantly more visual range and can see for miles from its high vantage point.