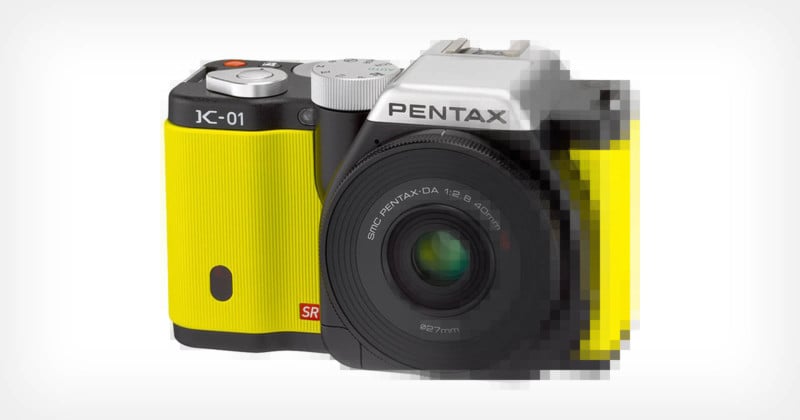 Over the last decade, mirrorless camera technology has evolved to the point that it’s now a welcome technology for many photographers and filmmakers. Although, along the way, it’s not been an easy ride for the big mirrorless camera brands. User sentiment, Japanese earthquakes, the pandemic, and newer technology adoption have all taken their toll, leading to spot fires in the manufacturing process and camera uptake.

Learning from past mistakes made in film’s transition to early digital cameras saw many manufacturers evolving to avoid the same innovation mistakes. Over the last ten years, gaining loyalty with a social presence and building products based on user feedback has been key to the success of the big mirrorless companies. Others, including Pentax, have sat on the sidelines, waiting for market adoption.

So you have to ask yourself: why didn’t we see an incredible mirrorless interchangeable lens camera from Pentax in the last nineteen years?

The short answer is there were some, but there’s a high chance you missed engaging with the brand or product. To understand this better, we have to dive deeper into Pentakkusu, the legacy brand, history, and some of the wins and major mistakes it made along the way.

Pentax has been at the forefront of SLR cameras since it debuted in 1952. Emerging from the factory floor in the same year, the “Asahiflex I” was Japan’s first single-lens reflex camera. Auto exposure and TTL metering technology followed and found its way into the “SPOTMATIC” in 1960. And it wasn’t until 1975 that the world saw the introduction of the iconic K Mount (bayonet mount), which follows through to today’s full-frame mirrorless system.

Fast forward 28 years to 2003, and the change from film to digital would become a reality for interchangeable lens users. Since 2013, two decades have almost passed, and this is where we turn our attention to Pentax’s lineup of mirrorless cameras with interchangeable lenses.

There has been a total of 37 different interchangeable lens camera models built during this period; they include:

APS-C sensor cameras were Pentax’s core focus since 2013. There was a small overlap of one year as it tried to transition to full-frame cameras. Throw a small attempt into medium format and smaller sensor cameras, and you’ll quickly realize there’s not much left at the end but two sequentially replacement full-frame models scattered over a number of years.

So, how did Pentax get to this stage of declining development and a quiet user base? It comes down to its target audience and marketing approach.

The first thing to note about why the brand isn’t keeping up with the rest stems from Pentax’s core audience of users and their age demographic. From the 1970s through to the 1980s, Pentax SLR users inherited many of their cameras. The photography knowledge would pass on along with their parents’ or grandparents’ cameras.

The idea of bringing out a new model every six months with film SLRs didn’t exist, so there was a mindset of tradition from the start, which led to some of the most loyal consumers in the industry. Pentax was their brand, based on their family history.

Pentax knew it had cornered the market thanks to strong SLR sales. Its approach to mirrorless cameras followed, but there was plenty of backlash from the purists. Many complained early on that a new electronic viewfinder would cause lag or the designs weren’t aesthetically pleasing compared to the brand’s traditional cameras.

The brand never reached beyond its core audience to a new audience, so marketing became a missed opportunity.

When selling products to consumers, marketing plays a significant role in the product’s overall appeal. Social media has had the greatest impact on consumers buying attention in the last decade. Through social engineering, brands have been able to digest the data to find new audiences, all while listening to feedback.

Pentax, unfortunately, didn’t pivot in time. Its adoption of social media and listening to what a new generation of consumers wanted fell on deaf ears. Much of this has been a result of its changing ownership — the company merged with Hoya in 2006 and then was sold to Ricoh in 2011.

Consistency is key with online marketing, and when teams and ownership migrate, it can have detrimental effects on a brand.

If you compare Pentax to other brands, there was major adoption of social media influencer marketing from the others. Many brands could speak directly to photographers to find out what they needed in a camera. Mirrorless systems were then built from the ground up. By leveraging a controlled collective group of core contributors/professionals, the masses would follow suit.

Today we can look back and see the legacy brand went further into the dark from its lack of engagement. Its adoption of innovating through understanding the next generation had unfortunately failed.

Looking To The Future

Pentax isn’t new to pioneering tech in its cameras. Take a look through its history, and you’ll find many firsts. For instance, in 2016, it was the first to put a five-axis stabilization system in a full-frame camera. A technology like this is great, but if the company doesn’t have the voice behind the product, how can anyone know about the product?

As we look to the future, Pentax needs to pivot quickly. The company’s R&D needs to go beyond its core product legacy and instead focus on a new generation by listening. The focus should be on reaching out rather than building from within. Its products are excellent but lack input from a newer generation.

To succeed, Pentax should build a new high-end camera that separates itself from the rest by focusing on a target demographic and shooting genre. The camera should speak to Pentax’s legacy but focus 90% of its features on what a new generation needs in an imaging product. The brand should focus on building a community, listening, and working with them to develop the product.

Pentax needs to look beyond its internal cohort and to the people using smartphones and their competitors’ cameras. If it does it right, the company can succeed in the mirrorless market in 5 years time.

Correction: An earlier version of this article counted the K-1 Mark III as a full-frame camera. It is actually an APS-C format DSLR camera. We apologize for the error.

About the author: Leigh Diprose is a business owner and full-time writer in the imaging industry whose passion is to share knowledge. The opinions expressed in this article are solely those of the author. His published work has been featured by top imaging wholesalers and leading imaging retailers in over 14 countries.