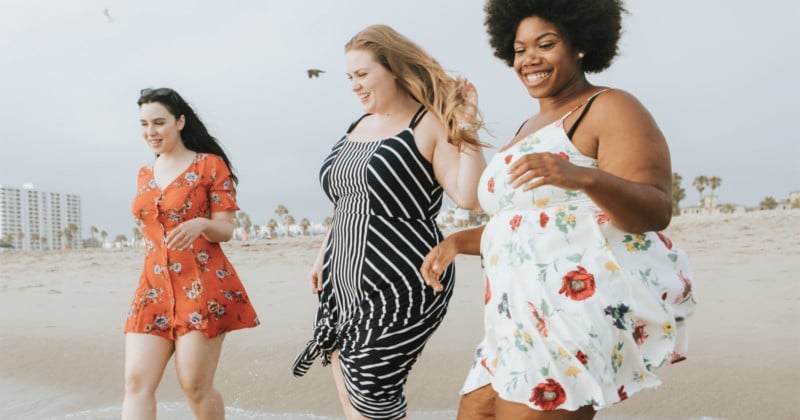 The photographer who faced strong criticism for charging extra to take photos of plus-sized models has filed a $1.5 million lawsuit against the agent and model that publicized his test shoot rates.

Brookyln, New York-based William Lords was criticized on Instagram and TikTok in late March after model agent Megan Mesveskas publicized his test shoot rates that revealed he charges extra to photograph plus-sized models. Mesveskas, who manages the body diverse Model Nexus agency and is a former model herself and worked as a plus-size model for eight years, expressed outrage when a representative for Lords returned an inquiry into his test rates with a line that stipulated a $100 surcharge to photograph “plus/curve” models. 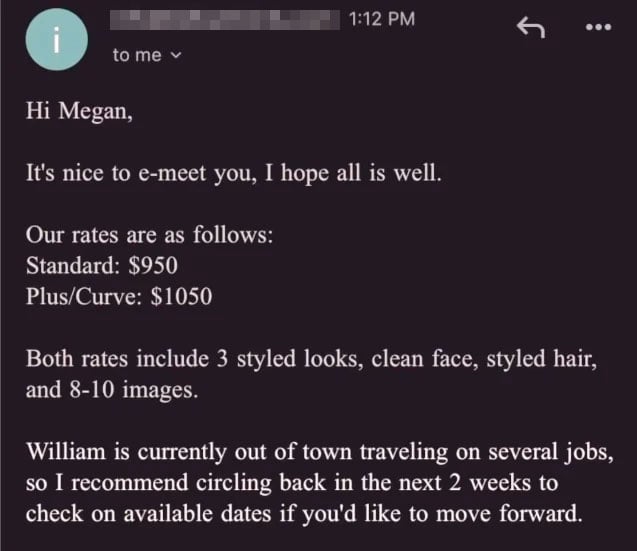 Lords defended his pricing and explained that he also works as a stylist for test shoots and personally sources outfits for models.

“I go out there with my own card — my debit card — to purchase clothes,” he explained. “They cost almost thousands of dollars. […] Because I have to work so much harder to get these clothes, I was going to charge a very low rate of $100.”

He says that his pricing isn’t about discrimination, but rather facts of the economies of scale.

“This is not about discrimination, [about the] size of women or whatever it is,” he says. “I love my job. I love shooting different people. I don’t even need to test. I do it because a lot of girls ask me.”

Since the incident, the blowback from Mesveskas’s accusations has apparently caused Lords great distress. According to Metro, the photographer has filed a $1.5 million lawsuit against Megan Mesveskas and model Sixtine Rouyre, who also published criticism of Lords on TikTok.

The photographer says that since the revelations of his pricing went public, he has received “countless threatening, offensive, and shaming emails” from people who have formed “an evil opinion of him.”

While Rouyre and Mesveskas have not publicly commented on the lawsuit, their lawyer Joshua Blum says the suit is “desperate” and is a direct attack on his clients’ right to free speech.

“My clients will not be intimidated or bullied by Mr Lords’ baseless lawsuit; nor will they be silenced by his improper exploitation of the legal system,” Blum says in a statement to the New York Post. “We look forward to having Mr. Lords’ frivolous claims summarily dismissed by the court.”