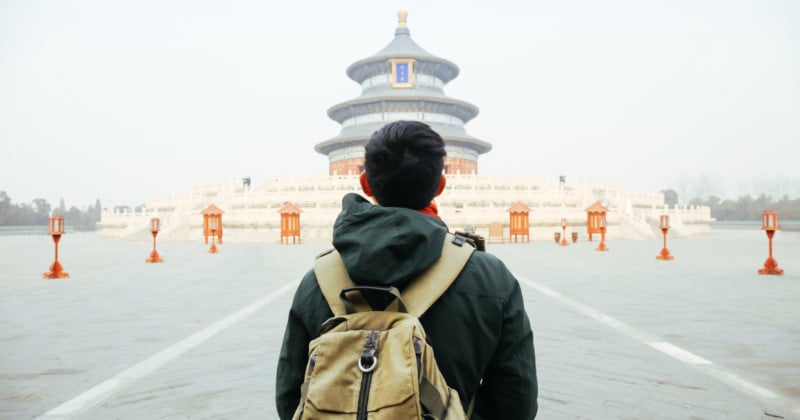 The Chinese government is warning its citizens that foreign governments may trick them into becoming spies. Two photographers have recently been imprisoned for sending photos of military targets to foreign agents in exchange for cash.

The Global Times, a Chinese state-operated media and propaganda outlet, reports that students, workers, and unemployed youth are specifically at risk and vulnerable to “being turned” or defected by foreign influencers. The government publication cites two examples where photographers were paid by foreign entities to photograph military targets in exchange for money or gifts.

The most recent case involves a Chinese wedding photographer who has been sentenced to 14 years in prison for the crime of endangering national security after the Chinese government found he provided 384 photos of Chinese warships and military ports to someone overseas whom he met on WeChat. The Supreme People’s Procuratorate says that the photos involved three confidential state secrets and two classified state secrets for which the photographer was paid about $6,280 to capture — an amount that the Chinese government has seized as evidence of the crime of spying for foreign countries and illegally providing state secrets.

Another case that the Chinese government cites involves a student who met a foreigner using the name “Han” on a dating app. From March through July of 2020, the student visited military ports and bases on multiple occasions and shared those photos with Han in exchange for $1,570 as well as several gifts, including a Casio watch. The student was sentenced to six years in prison.

A third example doesn’t involve a photographer but is a similar situation. The case involves the operational commander at the department of aviation and operation management at an airport who was “seduced” through social media into providing the itineraries of important government figures to a foreign operative. He was sentenced to 13 years in prison.

The Global Times says that online recruitment through social apps and dating platforms is becoming a popular method to turn citizens into spies whether or not they realize it. The chart below shows the common methods the Chinese government believes are currently being used: 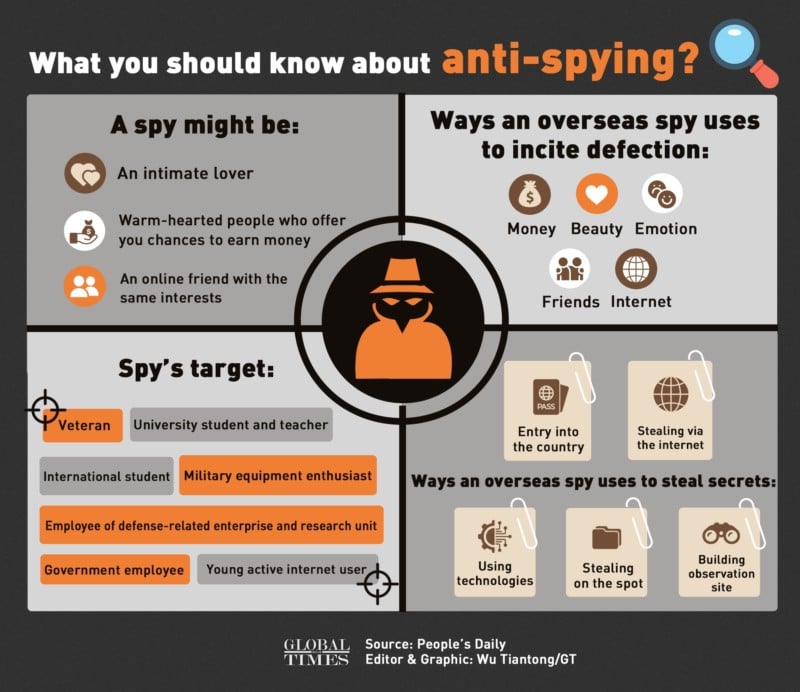 The report doesn’t cite which foreign entities the Chinese government believes are responsible for turning its citizens into spy photographers, but the article is clearly meant to be a warning to its citizens: if they are caught sending photos or information on the government, its important figures, or its facilities to a foreign entity, lengthy prison sentences await them.