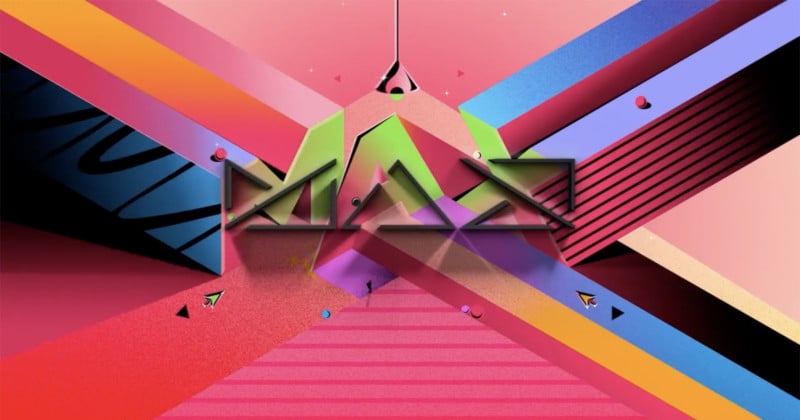 Adobe has announced that its annual creativity conference, MAX, is returning to in-person this year after two years of virtual-only shows that came about due to the coronavirus pandemic.

Adobe MAX is the company’s annual creativity conference that it uses to feature hundreds of sessions and speakers on different aspects of creativity and art. The company typically also used the giant conference to announce new features for its suite of creative software apps.

Formerly Macromedia Max, the show was originally founded in 2002 and had been located in Orlando, New Orleans, Salt Lake City, San Diego, Las Vegas, Chicago, and Anaheim but has been predominantly taking place in Los Angeles for the majority of the last decade.

Before 2020, the conference was pretty pricey to attend: in 2017, a full-priced admission ticket cost $1,595 and did not include lodging or travel. But during the pandemic, Adobe transitioned the show to be not only fully virtual but also completely free for anyone. The company continued that trend in 2021 — out of what it said was an abundance of caution — as it reported that the first fully virtual show was a smashing success: it garnered more than 21 million total video views, 2.2 million visits to the event site, and more than 50 million social interactions. While a majority of tradeshows and conventions struggled to adapt to the virtual environment of the pandemic, Adobe seemed to thrive.

Despite the success, the two years of virtual-only is coming to an end in 2022. Adobe has announced that it plans to bring creative professionals back in person in Los Angeles again from October 18 through October 20, 2022.

Going virtual clearly helped Adobe MAX expand its reach well beyond what it used to garner with its in-person-only event, so it should come as no surprise that Adobe is going to continue some form of the virtual model again in 2022 in addition to also bringing back its in-person conference. The company has also said that the virtual portion of the show will continue to be free. Those interested in being alerted to when that information becomes available can sign up for a mailing list on the Adobe MAX website.

Update 4/19: We have updated the story to incldue Adobe’s confirmation that the virtual portion of MAX will remain free.