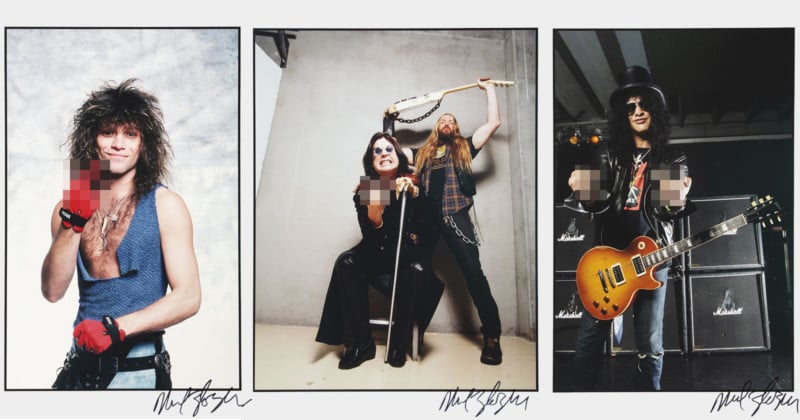 Julien’s Auctions has announced the coming availability of the “FU Rock ‘n’ Roll Portraits” series by Neil Zlozower that will offer a large number of signed portraits of rock music legends flipping the bird directly into the camera.

Considered by many as a photography legend and cult figure, Zlozower has captured rock icons for more than 40 years. His work has been featured on the covers and pages of magazines like Rolling Stone, Guitar Player, Metal Hammer, Guitar World, and Drum to Playgirl. “Zloz” as he is sometimes referred has photographed some of the most famous names in music, from Led Zeppelin and David Bowie, to Guns N’ Roses, Van Halen, KISS, and more.

The “FU Rock ‘n’ Roll Portraits” series shows a wide range of music icons “flipping the bird” in their own unique ways towards Zloz and his camera, and the series is set to be offered through Julien’s Auctions and each will be paired with exclusive audio narration which will be minted as part of an NFT that will be provided to buyers along with signed physical photo prints.

The series not only features various artists, but also a number of different backdrops and locations captured over the last several decades.

For example, below is a photo of Ozzy Osbourne with guitarist Zakk Wylde at a Los Angeles studio in 2001: 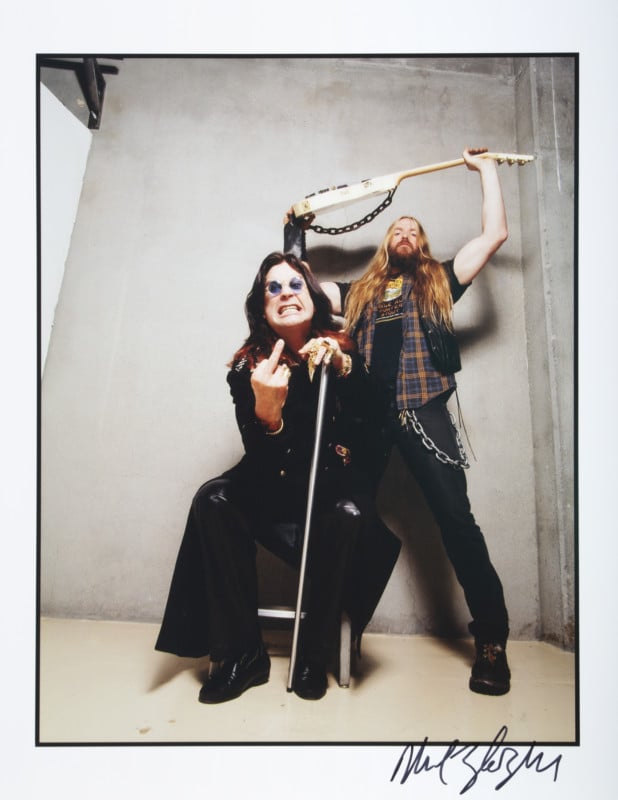 The series of 45 photos also includes an image of Aerosmith frontman Steven Tyler in front of 16,000 fans during a live concert performance at the Long Beach Arena in 1988, and a photo Van Halen lead guitarist Eddie Van Halen captured during a photo session at David Lee Roth’s house in Pasadena in 1978. 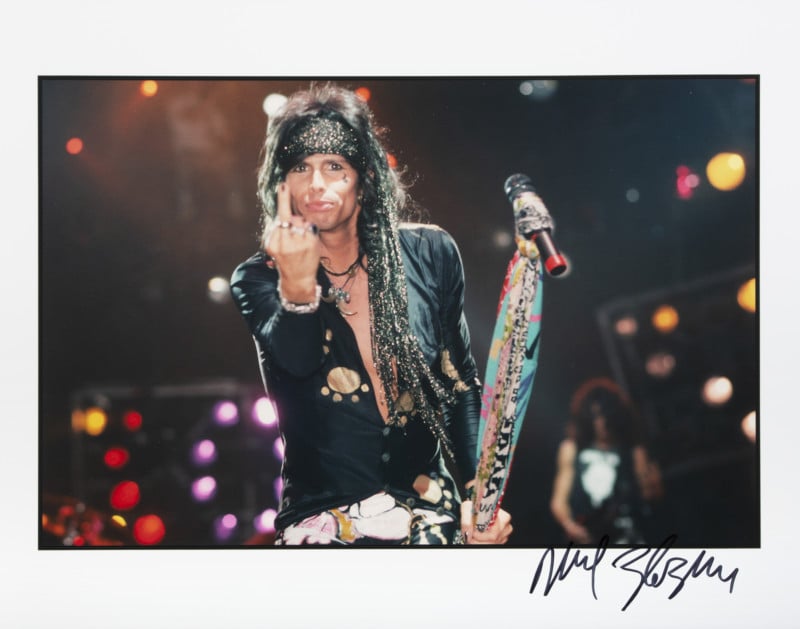 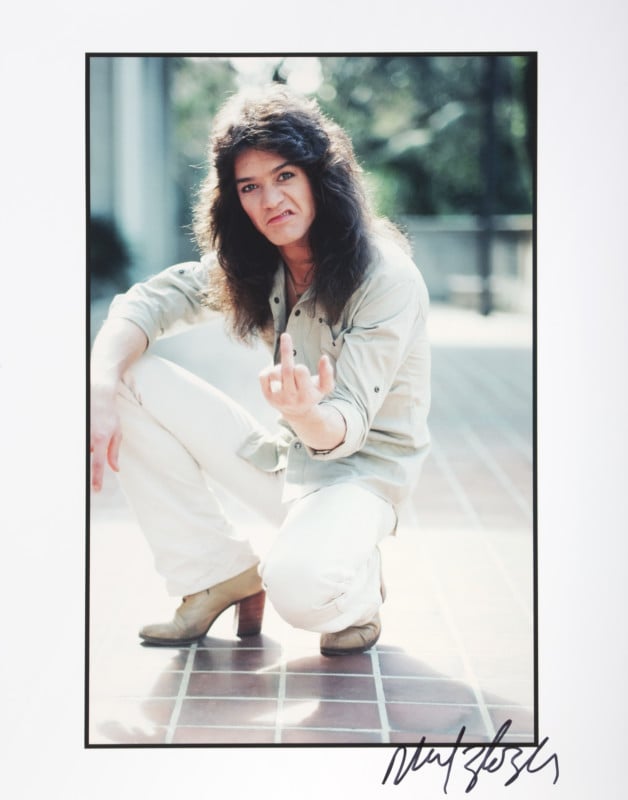 Below are a few other photos that are included in the collection, all signed by Zlozower in black marker. 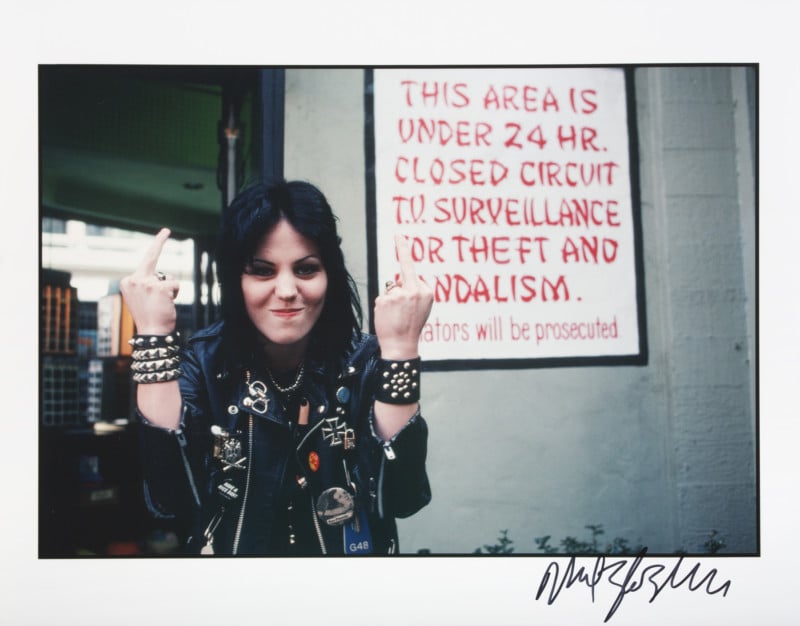 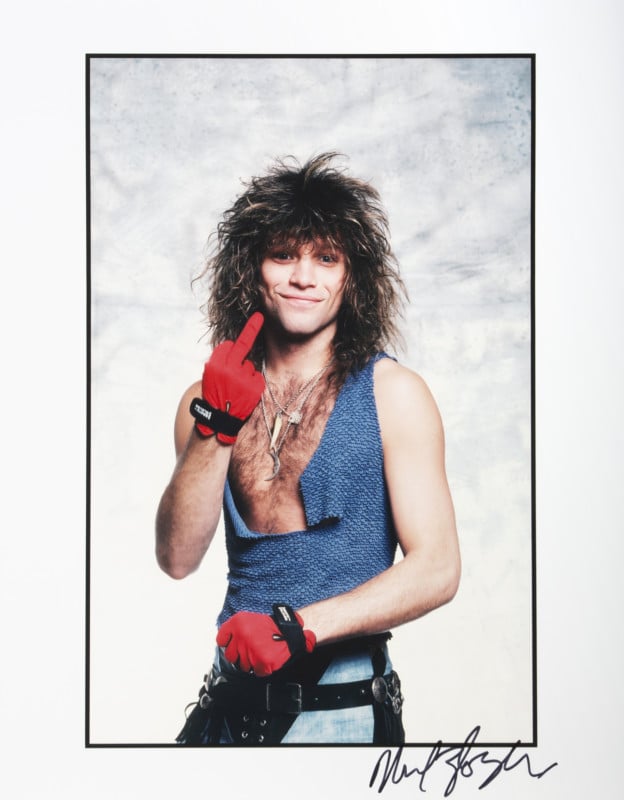 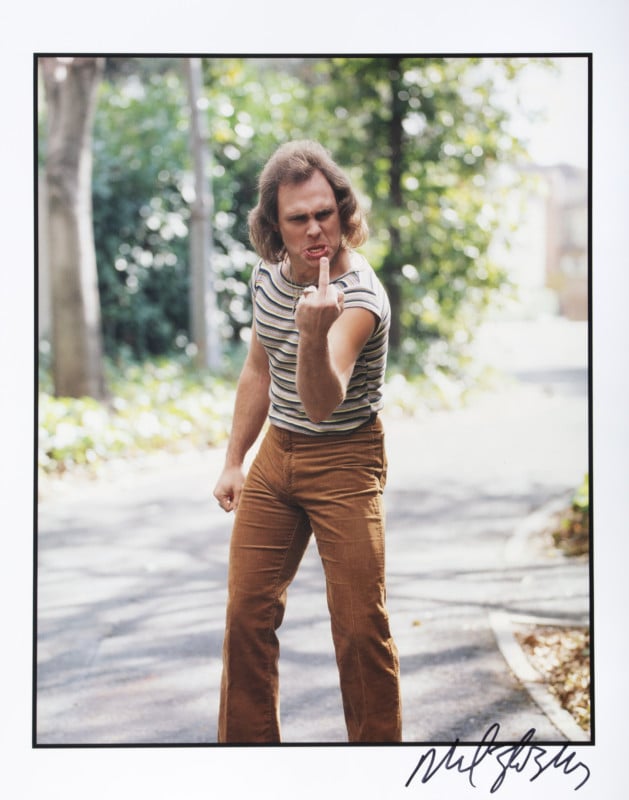 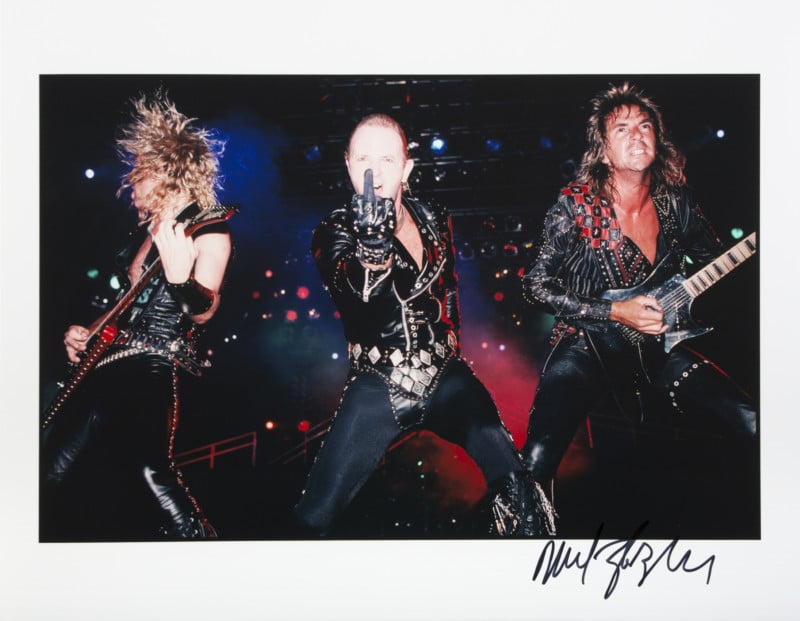 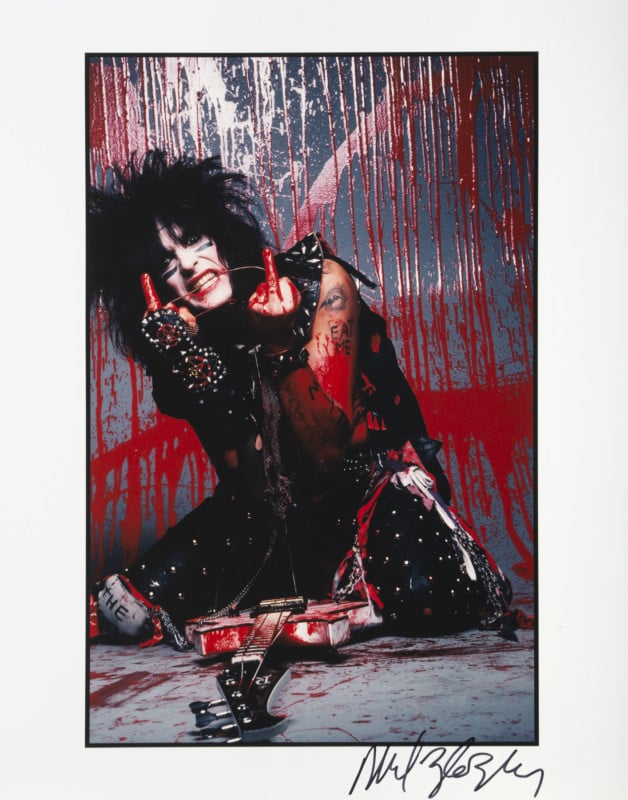 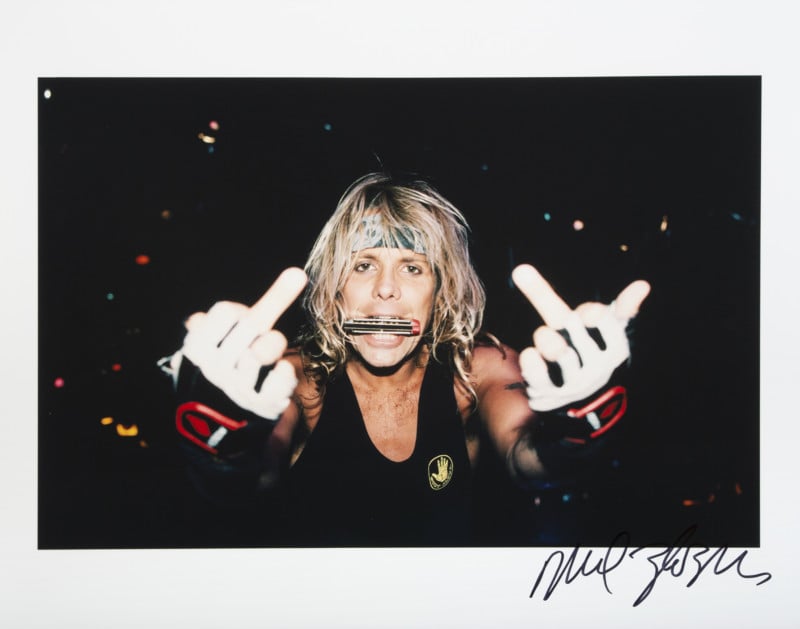 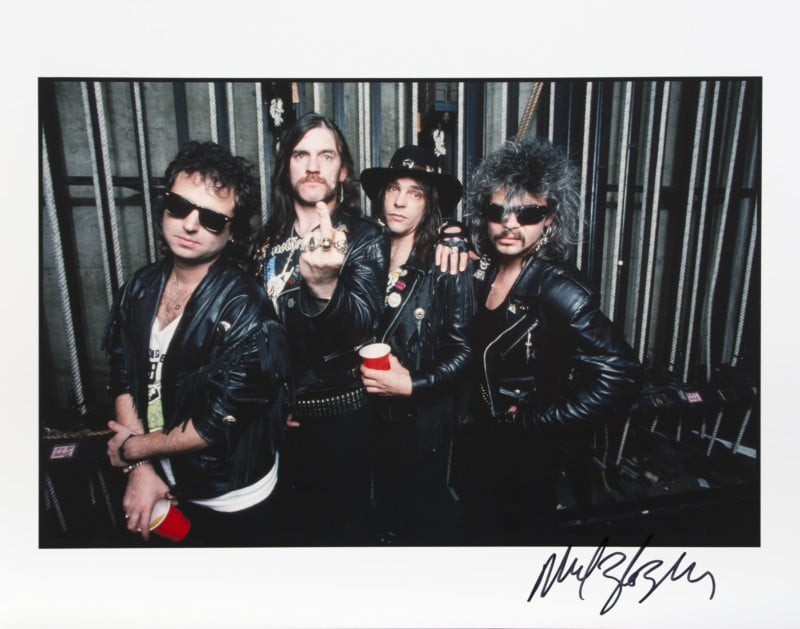 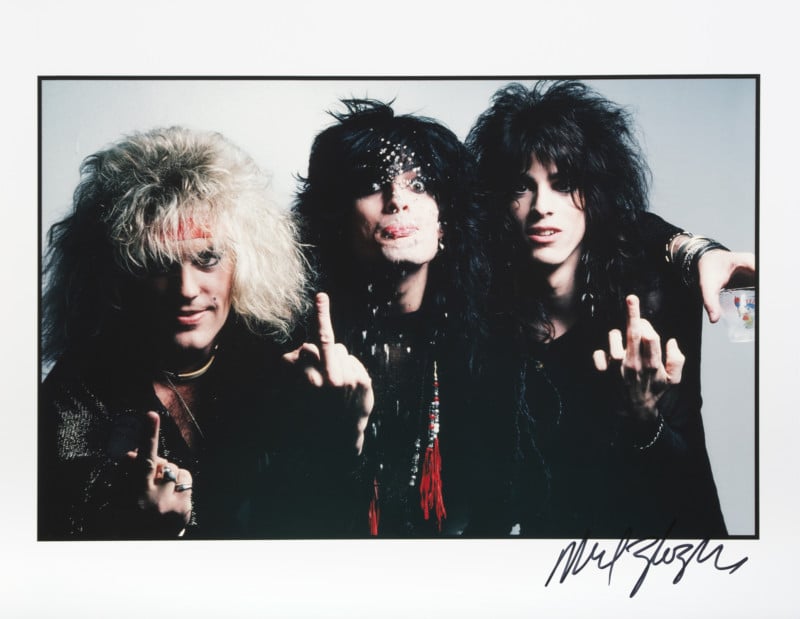 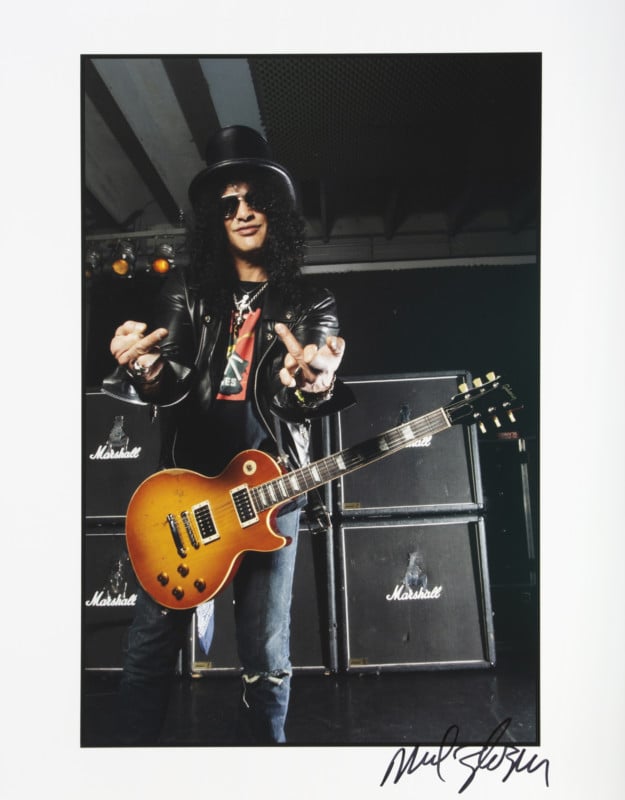 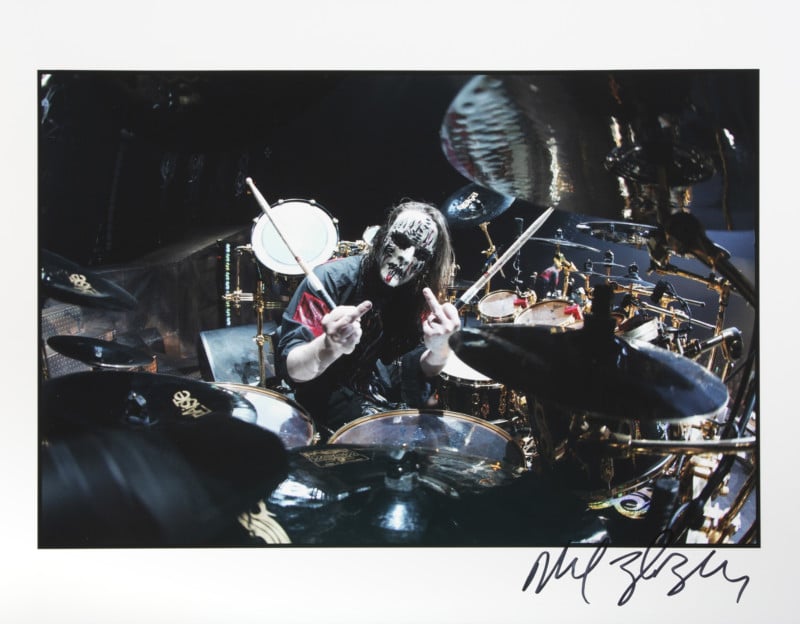 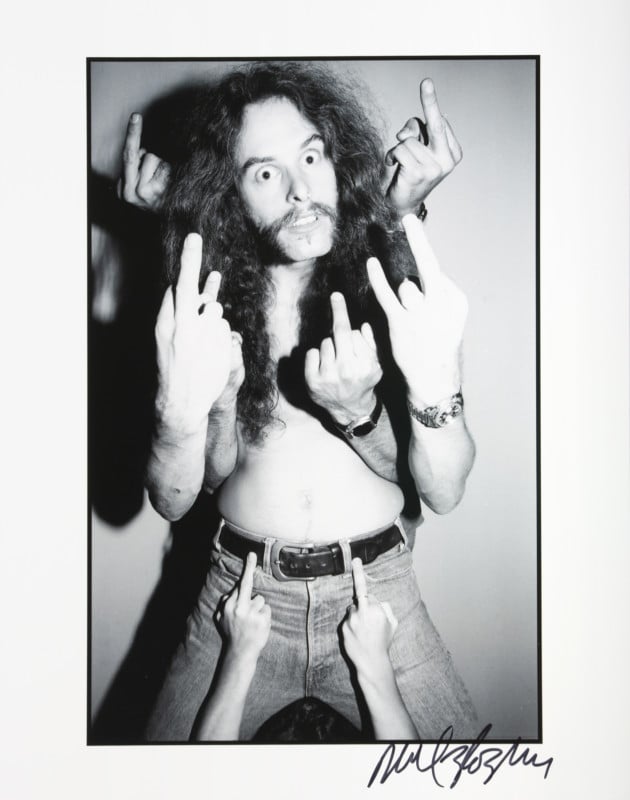 The photos and accompanying NFTs are expected to go for prices between $800 and $2,000. The NFT includes a digital version of the photograph as a one-of-one NFT minted on the Ethereum blockchain that also includes audio narration. The auction, which can be perused on the Julien’s Auction website, is set to start exclusively online starting Monday, May 16 at 11 AM Pacific Time.