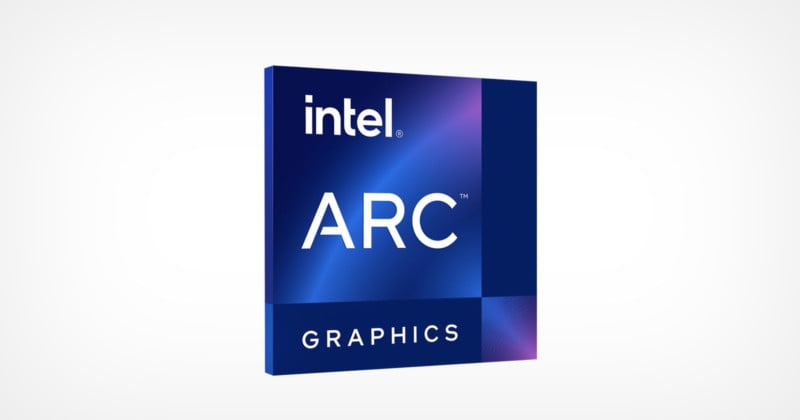 Intel has announced the first Arc A-Series graphics processing units that will power laptops, with the promise of more powerful versions coming later this year for desktops and workstations.

The Intel Arc graphics family for laptops are the first discrete GPUs from its Intel Arc A-Series grpahics portfolio for laptops. The company says that the Intel Arc platform and A-Series mobile GPU family will deliver hardware, software, services, and high-performance graphics experiences.

Intel has partnered with laptop manufacturers to co-engineer a lineup of new mobile computers that feature the improved content creation capabilities with the Intel Arc Graphics and 12th-generation Intel Core processors. The company says that the laptops with Intel Arc 3 graphics offer advanced content creation, and those with Intel Arc 5 and Intel Arc 7 graphics will offer the same cutting-edge, content-creation capabilities coupled with increased graphics and computing performance.

The foundation of the products that use Intel’s Arc A-Series GPUs and starts with its new Xe High-Performance Graphics microarchitecture (Xe HPG), which is engineered for gamers and creators.

“We have packed a ton of great technology into Xe HPG, including powerful Xe-cores with Intel XMX AI engines, a graphics pipeline optimized for DirectX 12 Ultimate with hardware acceleration for ray tracing, the Xe Media Engine tuned to accelerate existing and future creator workloads and the Xe Display Engine ready for DisplayPort 2.0 UHBR10,” Roger Chandler, Intel’s Vice President and General Manager of Graphics and Gaming, says.

The XE Display Engine is designed to support up to two 8K displays at 60Hz simultaneously, four 4K displays running at 120Hz, or a single 1440p screen at 360Hz.

Intel says that its Arc A-Series GPUs are the first in the industry to offer full AV1 hardware acceleration, including both encode and decode. This means that they are capable of delivering faster video encode and higher quality streaming while consuming the same internet bandwidth.

“We’ve worked with industry partners to ensure that AV1 support is available today in many of the most popular media applications, with broader adoption expected this year,” Chandler says. “The AV1 codec will be a game changer for the future of video encoding and streaming.”

Intel’s Deep Link allows the GPUs to dynamically share power with Intel CPUs and intelligently distribute it across the platform to increase application performance by up to 30% in creation and computational applications. 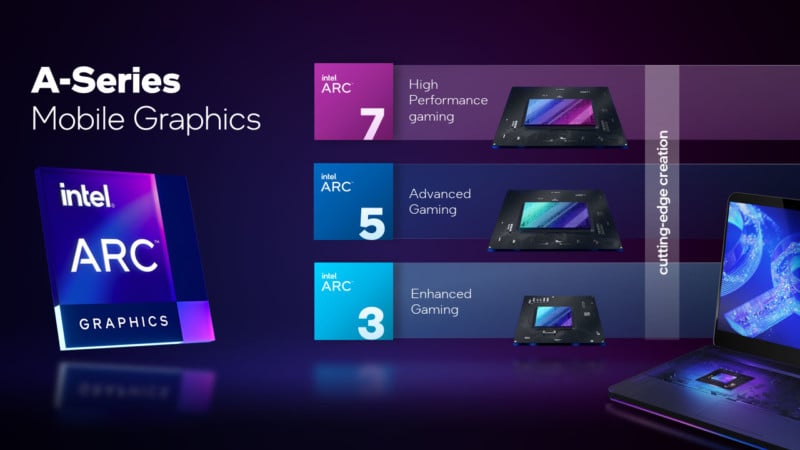