Photographer Christopher Dormoy’s “Eternal Spring” timelapse film was inspired by global warming. Dormoy says that melting ice is beautiful and symbolizes spring, but it can also symbolize the problematic aspects of our climate.

Dormoy’s latest project is the evolution of his work with ice, a medium he has experimented in a few times in the past, including his series of macro photos of ice crystals and a previous timelapse film that mixed ice with flowers.

Dormoy tells PetaPixel that this recent project was inspired by the effects of global warming. He says that after the success of his last ice-based timelapse, Black Ice, he decided to focus more on the medium and try different setups and effects with ice timelapses. 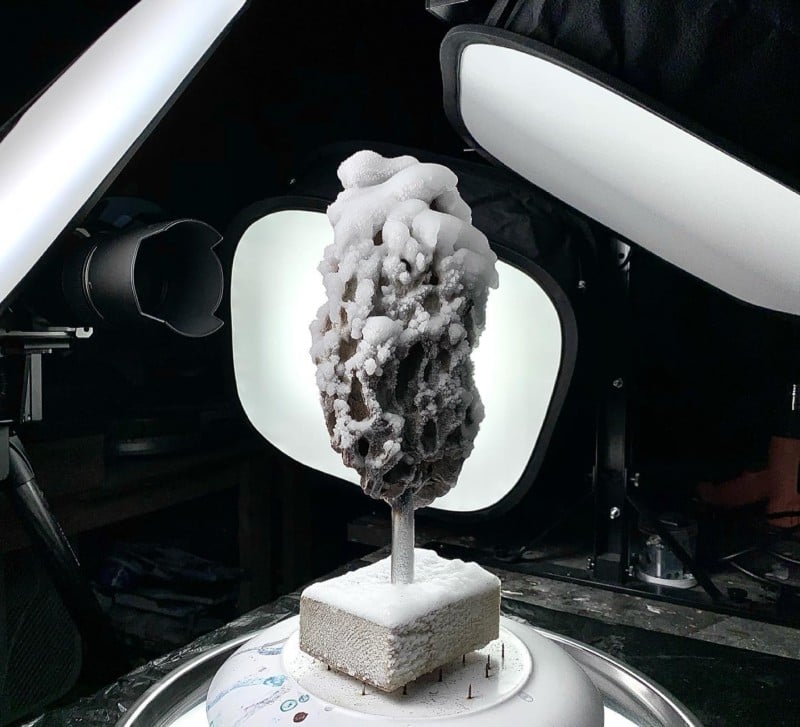 The project was shot in his small studio using a “little” freezer. He says he placed every piece of ice featured in the video in it. To create different effects, he would freeze ice in layers by spraying water on the formations every half hour as they hardened.

“Depending of the temperature, humidity level, and the time between each layer of water, the ice reacted differently and created various effects,” he says. 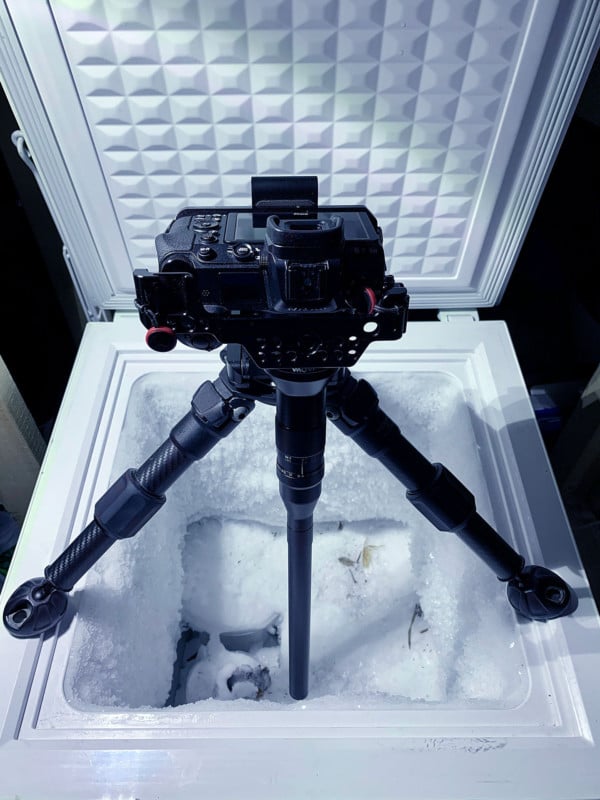 Dormoy used his macro setup, which includes the Venus Laowa 24mm probe lens, a 105mm macro, as well as his Edelkrone slider system in conjunction with his Nikon Z6 to produce the film.

“Each timelapse setup took around one to two hours of shooting. I used a little heater to accelerate a bit the process and focus on places I wanted the ice to melt. It was difficult sometimes to evaluate and predict how the ice would melt, so the motorized movement of the camera wasn’t always easy to set up.” 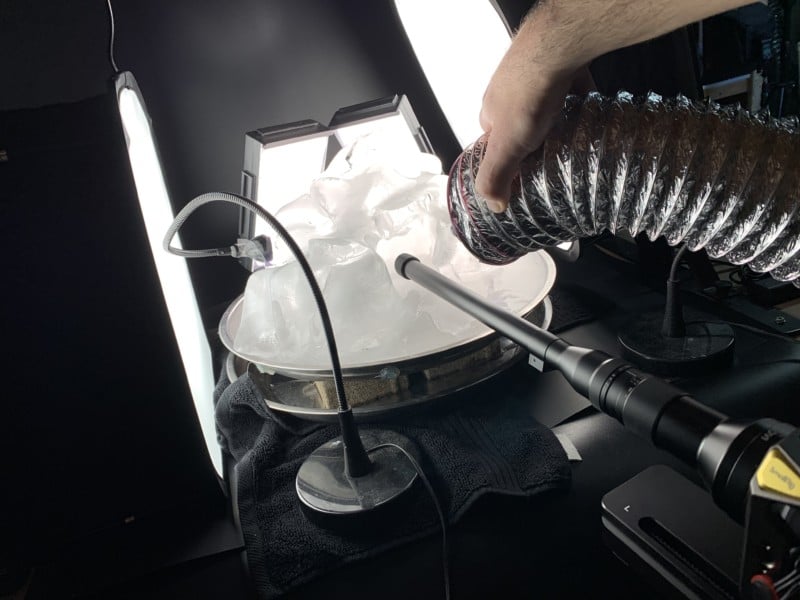 All the lighting seen in the video was artificial and specifically controlled to create the visual effects seen in the film.

“The goal was to have the best control of the scenes as possible. Sometimes, around six sources of led lights were necessary to go through the ice — especially when I created my own little ice cave,” he explains. “I placed blocks of ice on top of each other on a tray and put everything in the freezer. By spraying water for three days regularly, the ice formed natural cavities with interesting organic shapes.”