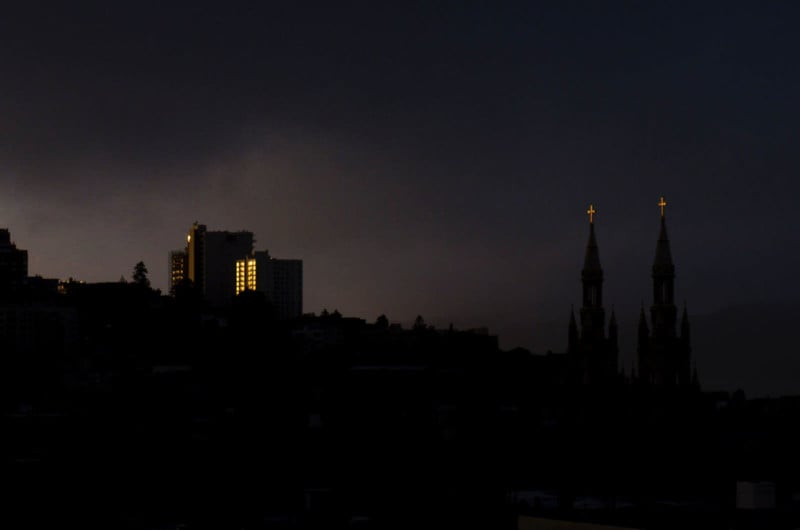 My particular interest in photography aims for hitting certain notes in the image, regardless of content. So whether I’m shooting landscapes or my garden, friends at a party, or my kids on vacation, I’d say the approach is consistent.


Whatever content interests you, it’s possible to find your personal approach and style — something hopefully made easier when you have more ways to think about the construction of the image. I previously laid out some language to make it easier to discuss your photos. Here are some additional observations that build on those concepts.

Every photograph has something (we hope) that is what the photographer wanted to take a picture of: the subject. It could be a thing, a bunch of things, a moment, a cool texture… but when you look into this little rectangular frame, you can describe the things that draw your attention as having an energetic “beat.”

A photo with no beats means that there’s no clear subject, or perhaps an array of identical objects with nothing to specifically focus on. Usually, (but not always) 0-beats is going to be a problem.

A photo with a single beat photo is the most common beginner image — it’s a picture of something, with not much else going on. Even if there is background, it’s largely unimportant. This doesn’t mean there is just one object in view, but it means whether object or grouping of objects, it still presents with a singular energy, a single zone of focus.

A 2-beat photo, ideally, has a strong focal point, and then something else, somewhere else, that is discovered after the initial inspection. As much as we feel like we take in the entire image in one gulp, our eyes actually scan around the image and stop on various points. The two beats are unequal — there’s a main beat and the minor one. The key here is juxtaposition — that the two beats have an interesting relationship to each other.

But two juxtaposed objects isn’t the only way to have 2-beats. You can create a 2-beat photo with a single subject by making the subject somewhat obscure, and it takes a moment to understand it. If it takes too long that’s problematic, and of course if takes no time, that’s a 1-beat photo. Finding that point is an art form. And personal taste as to how long is okay to take to figure it out.

Of course there could be more beats in an image, and the rhythm in discovering them comprises our experience of the photo. I’d suggest that when you have too many beats it’s about as tricky to read as having none.

If there are words visible in your photo, it’s important that they matter. Because viewers cannot help but read words presented, and if they don’t matter to the photo, they’re just distracting. Or worse, confusing. 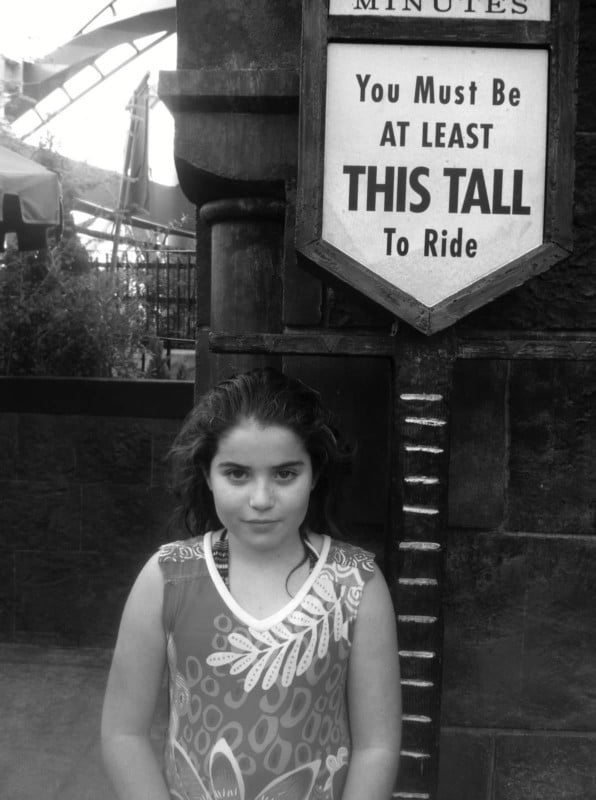 I’d say the same thing about color that I’d say about words: if you’re going to have color, it should matter. It’s easy to make a colorful photo, and color can be very pretty. Even if nothing else works in an image, it might be colorful.

I’ve found that if I’m going to leave a photo in color, the color is more than decorative — it’s fundamental to the image’s success. It communicates something important. Many photos don’t need to be in color, it’s superfluous; on the other hand, many more photos only work in color, because nothing else is holding it together. 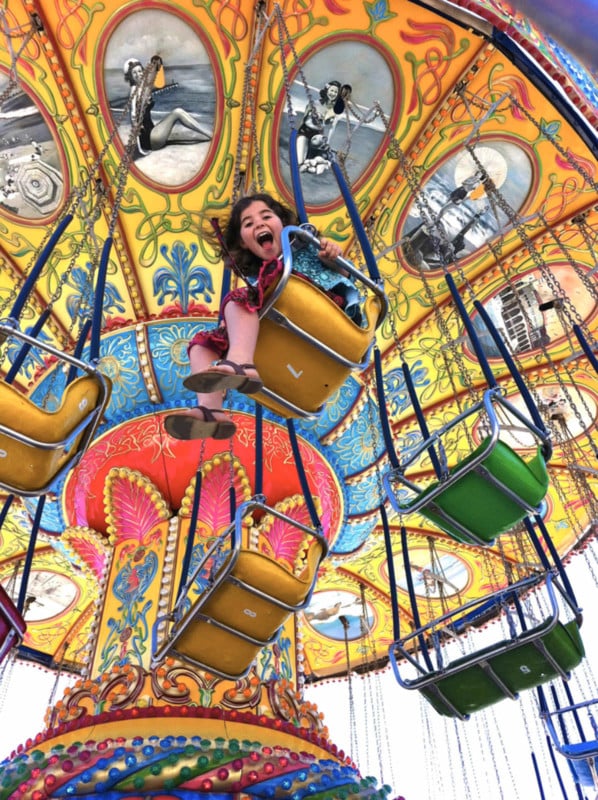 Much can be written about the pros and cons of black-and-white photos. For me, monochromatic isn’t just “style” and it’s not meant to be nostalgic or even “arty.” It simplifies an image and that is something I’m going for. It removes distractions that pull you away from what I want you to see.

It’s also a tacit reminder that the image is a creative object, an abstraction by its very definition, and not a capture of objective reality. And you can manipulate the greyscale pretty widely, for effect, without triggering the viewer into feeling the image is “weird.” Color does not have that same latitude: there’s generally one “right” set of colors, and if red was made green, the photo would look unusual. Not so in greyscale.

The company Flickr integrated this term to describe some photos, and it’s a good concept. Interestingness is the ability of an image to attract and hold our attention. It’s a little like charisma — some pictures have it, and some don’t, and it’s reasonably hard to describe. In general, a photo needs to have a reason for being: it’s better when it’s showing us something new (or something old but in a new way), something we are curious about, or something exciting.

There might be a very clear photo of a leaf on the ground, but — we’ve all seen a lot of leaves, and there’s not much amazing about this one. It’s just another leaf. I’d say the photo lacks interestingness. They say there should be some mystery in a photo, a little story that reveals itself. I’d say mystery and story are attributes that make an image interesting.

As I said, I don’t photograph any particular subject of interest so much as photograph anything I come across in my daily life. For me, photography isn’t about the subject so much as the approach, and my approach follows rules I’ve appropriated from the Zen arts, and particularly, of haiku. So what I aim for, and only occasionally nail, is that images have two uneven beats, they’re more moment than object, their composition is structured but natural feeling, they are highly authentic, reasonably simple scenes, and they don’t shout, but present the content through allusion and metaphor.

When I take photos, most of the time, this is a high bar — and I end up shooting many cool-looking objects and practicing my compositional skills. But this is me. Everyone will determine their own approach.

P.S. If you enjoy this way of approaching photography I encourage you to take one of my workshops through the Santa Fe Photographic Workshops. There are periodic 3-week online programs (6 sessions), and this summer there is an in-person 1-week intensive that should be fun for any creative amateur, maybe if you’ve plateaued, feel like you’re good at picture taking, but want to push yourself. Anyway, Thanks for listening.