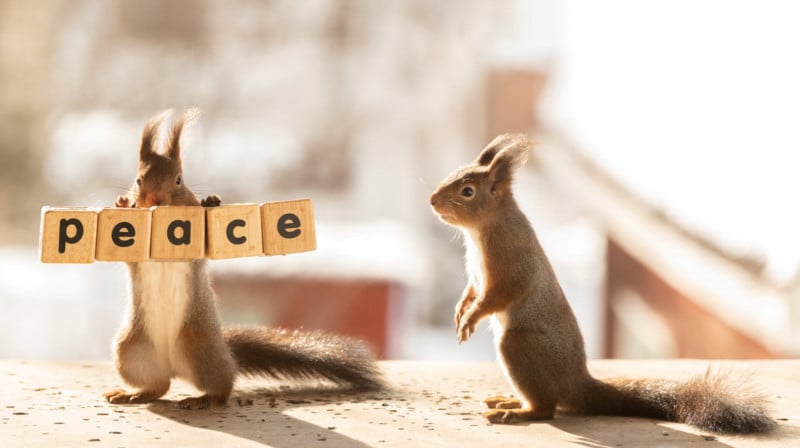 A Swedish photographer has been using his photography to call for peace on Earth in an adorable way. His carefully staged scenes show anti-war squirrels communicating their message in a variety of ways.


Geert Weggen is an internationally award-winning photographer who has become well-known for specializing in photographing red squirrels. His photos have been published around the world in newspapers, books, magazines, TV programs, and viral social media posts (the photographer has over 81,000 followers on Instagram at the time of this writing).

A New Purpose for Squirrel Photos

After the Russian invasion of Ukraine in late February 2022, however, Weggen was moved by the suffering he saw as a result of the conflict and he decided to use his photographic talents to spread a message of peace. 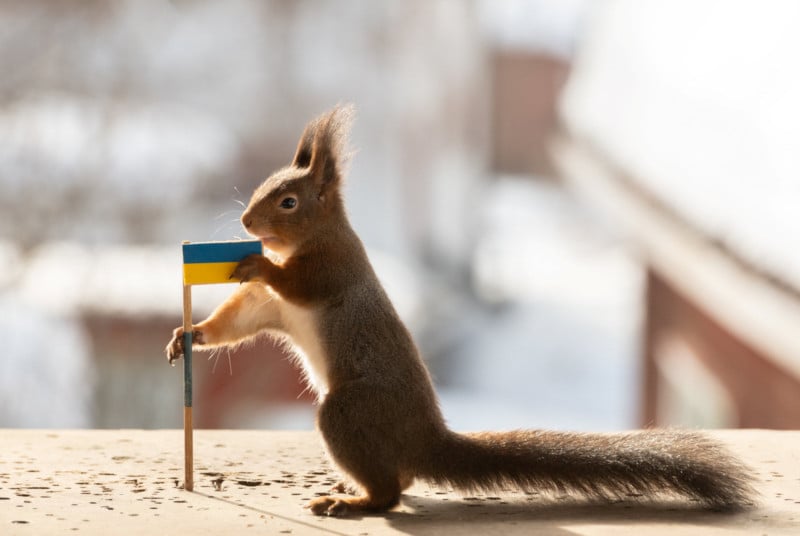 The 53-year-old photographer began setting up scenes for his main subjects: squirrels that regularly visit his garden in Bispgården, Ragunda, Jämtland, Sweden. By placing tiny props such as signs and letterboards on a small stage, Weggen was able to capture little scenes that are humorous, heartwarming, and meaningful. 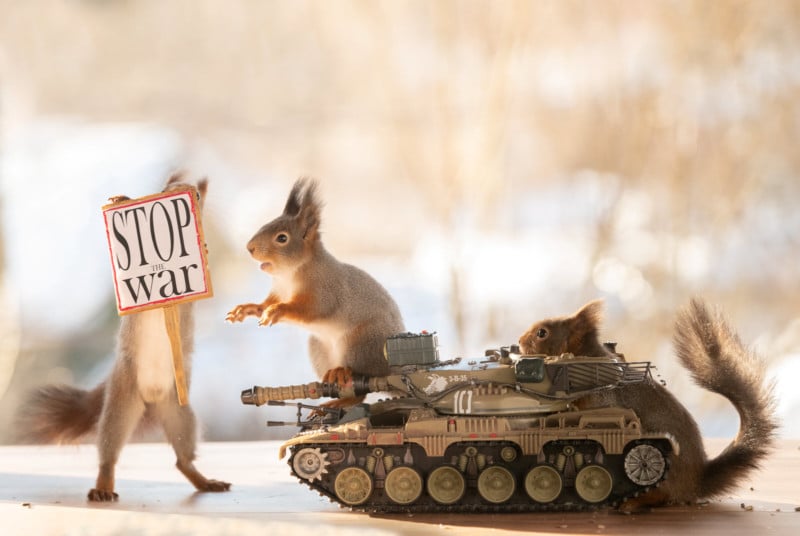 “In both countries, Ukraine and Russia, I have friends and from both sides who are suffering due to the war,” Weggen says. “I wanted to do something in giving a message for peace, so I offered a free photo to download for people who donate to Ukraine help organizations.”

“Besides that, I [uploaded] a photo [every day] on social media to bring something positive; normally I only upload one photo each week.” 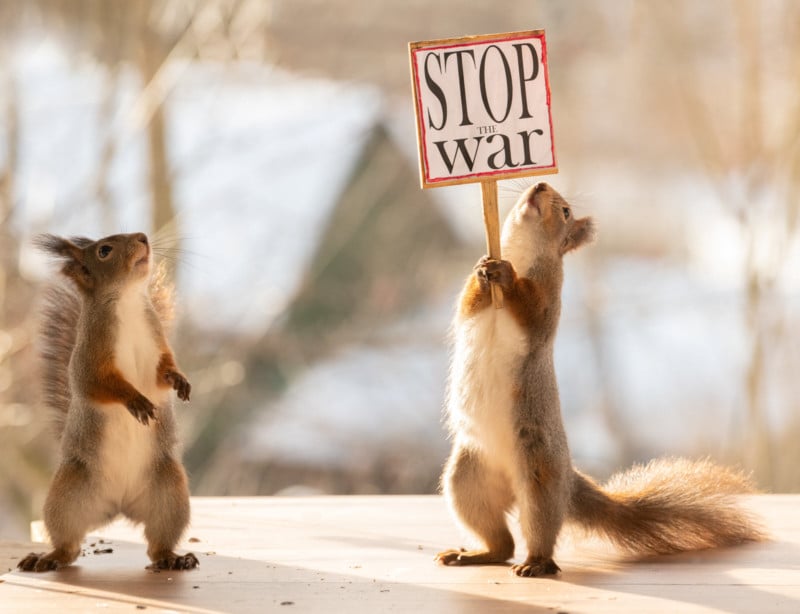 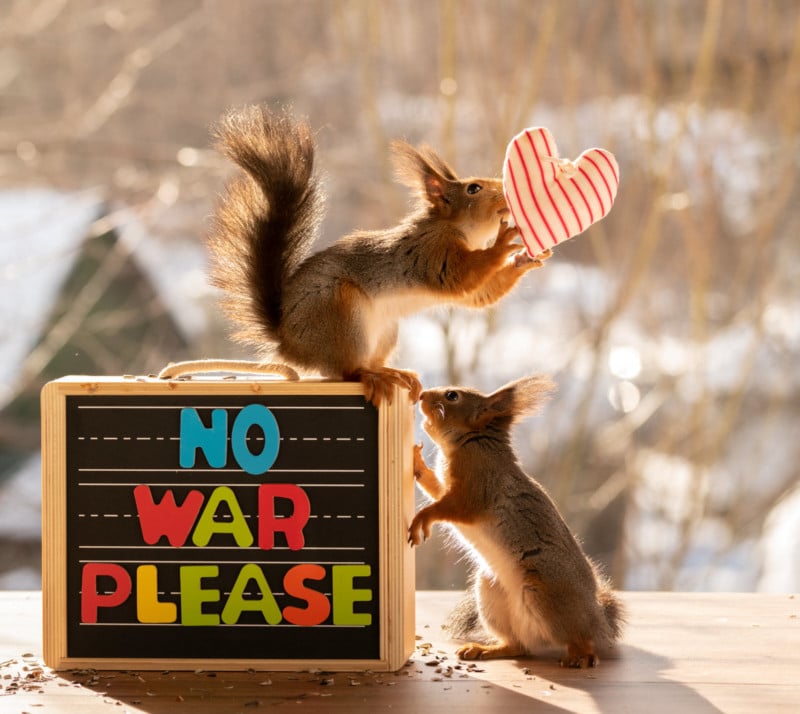 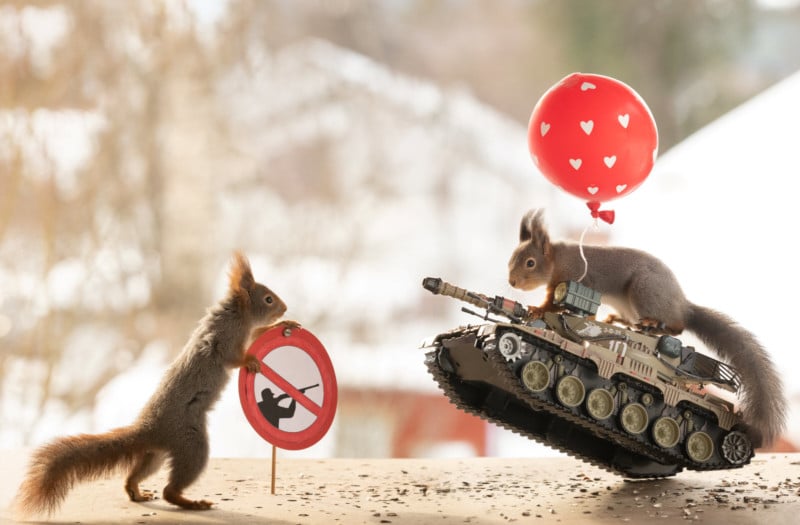 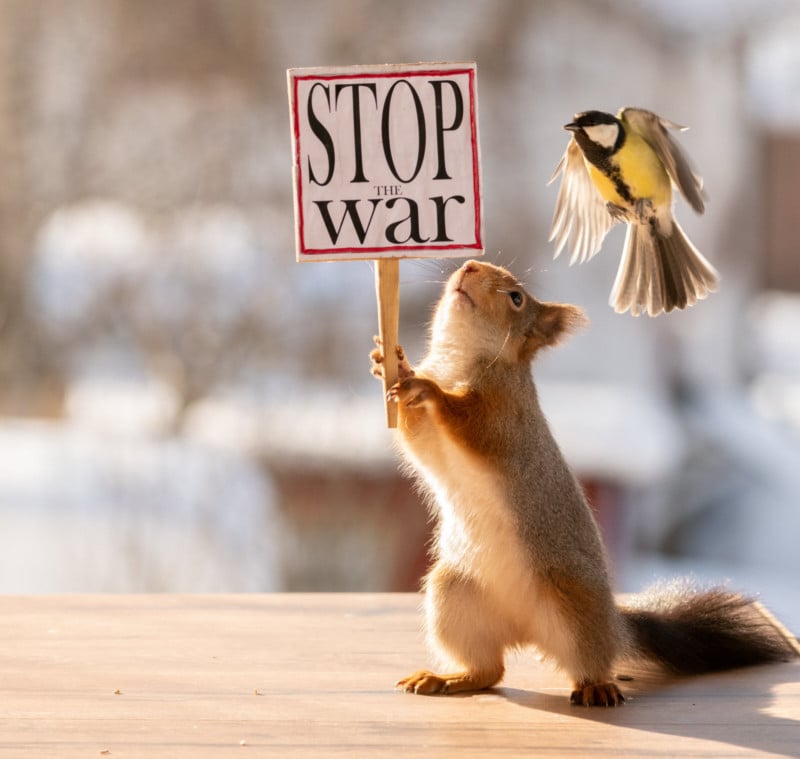 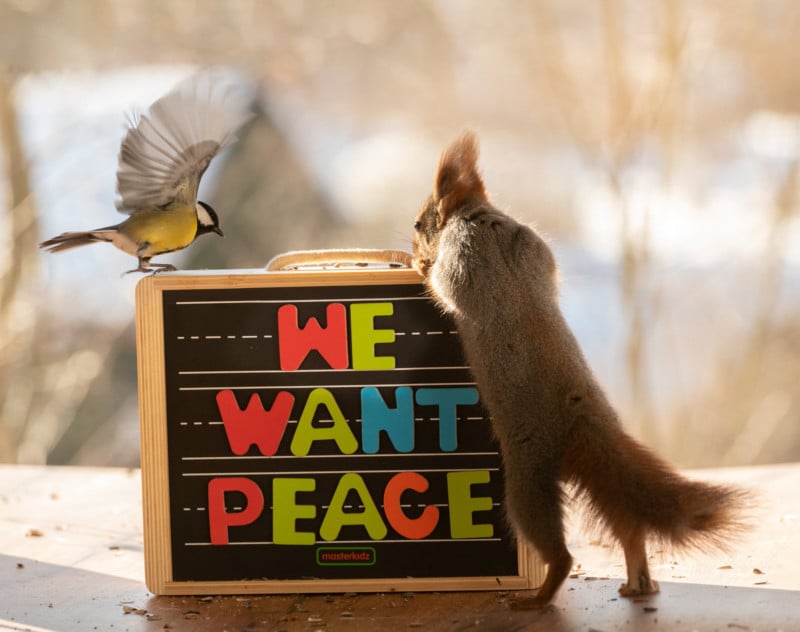 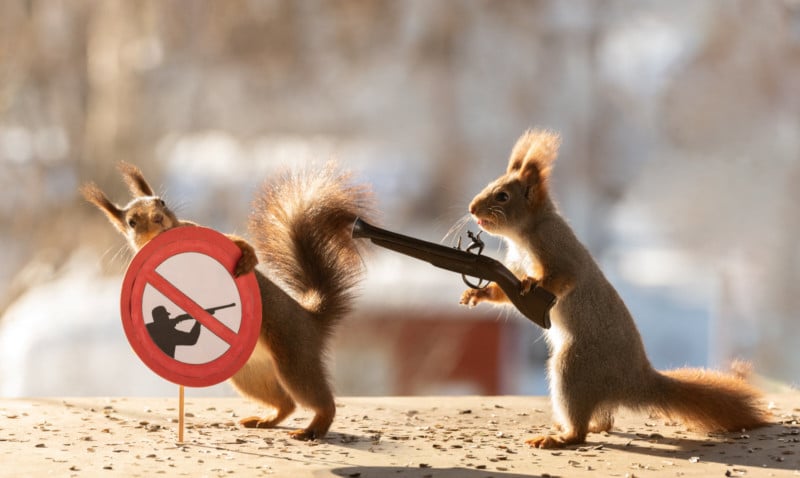 The photographer hopes his work can drum up both support for peace as well as donations to charity to bring relief to the war-torn nation of Ukraine.

“The war has impacted me a lot while I am sitting safely in my home, comfortable with warmth and food,” he says. “It feels good to be able to [do] a little and maybe even bring a smile for people who are suffering.”