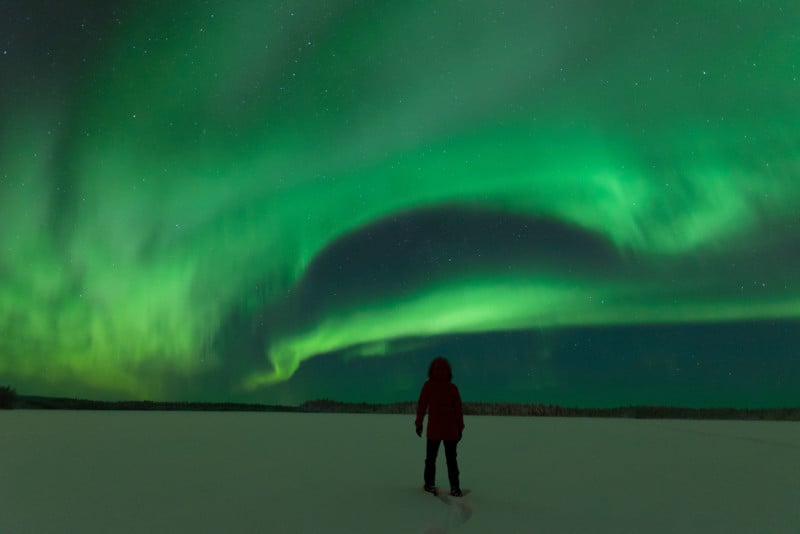 One night in 2018, I was watching videos on YouTube and came across a man capturing great photos of Saturn from his backyard. I was amazed. I had no idea that was even possible.

I started doing research on the hobby and couldn’t believe my eyes what I saw spiral galaxies, colorful nebulas, and close-up photos of the moon craters all taken from people’s backyards with affordable equipment. So of course, I purchased a telescope a week later, which I had no idea how to use.

Despite my lack of knowledge, I checked if there were any nearby astronomical societies or events that I could attend where I could meet people and learn how to take these kinds of photos. I was in luck: the annual Finnish amateur astronomer summer meeting Cygnus was only a month away. I went there and met many people who I am in contact with daily even now, years later. They gave me helpful advice on how to get started. Later on, I was also handed the keys to a nearby observatory in Helsinki where I held star parties myself. 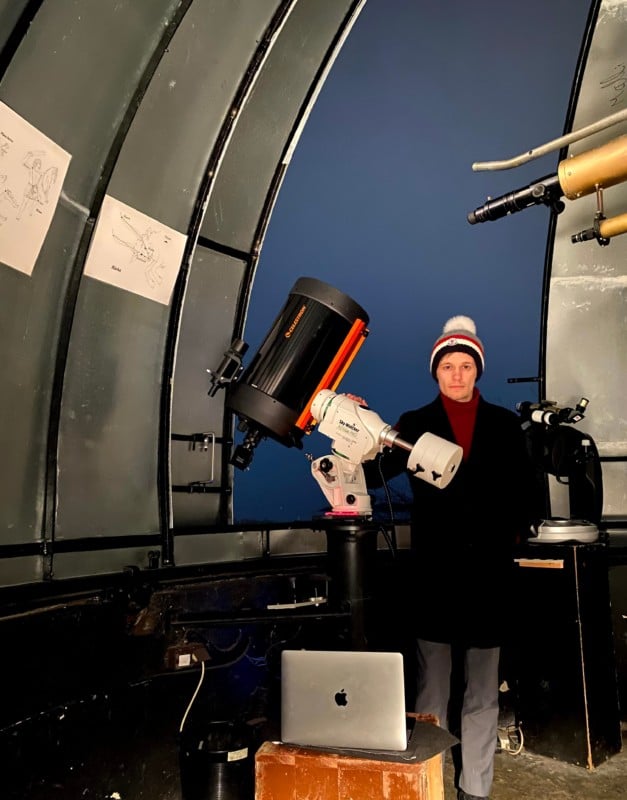 I was never much of a deep-sky person myself as we had too much light pollution in Helsinki for that. Planets were my thing, but I was too north for those. As for the northern lights, I was too south. So you could say Helsinki was good for nothing! Moving south wasn’t really an option as I didn’t want to live in another country, but I could move further north to get closer to the auroras.

In 2020, I started my astrophysics studies at the University of Oulu, located 600 kilometers north of Helsinki. There I would see the auroras, but weak ones. They rarely got high in the sky and the light pollution was a problem as it’s one of the biggest cities in the country. The covid pandemic was also going on by then and the studies were online, which meant a student could live somewhere else and make progress in their studies.

Living in the far north “Lapland” region of Finland was sort of a dream for me as the nature there is very different from the rest of the country. The region experiences proper winter with lots of snow and cold temperatures, fells, wilderness, national parks, reindeer, and of course the auroras — it is one of the best locations in the world for the northern lights.

I started looking for houses and saw a place just above the arctic circle called “Salla – In the middle of nowhere.” I had never visited or even heard of it, but did some research and thought it sounded interesting. There were just two small grocery stores within about a 100-kilometer radius, a living density of 0.59 people per square kilometer (there are more reindeer there than people), and some nice fells nearby. 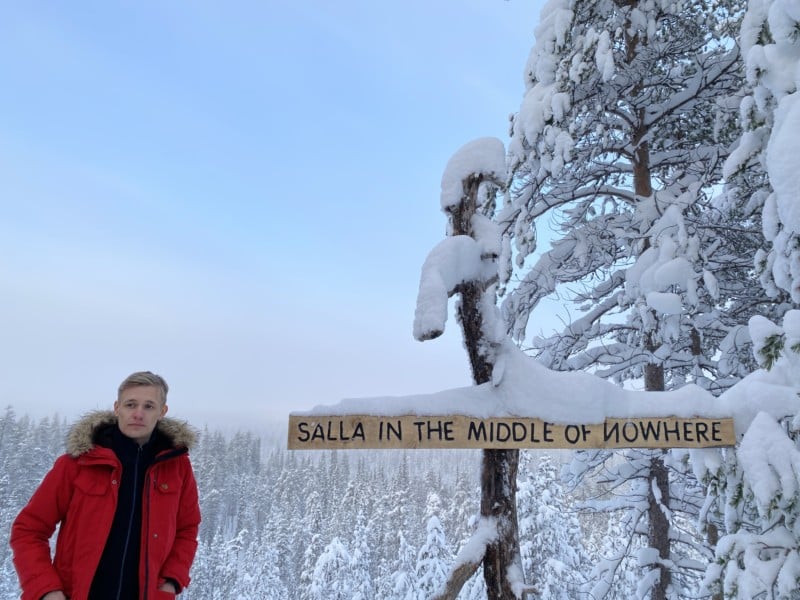 Driving there for the first time with my family after I had already accepted the house, they laughed at how “in middle of nowhere” it actually is. My astronomy friends from south Finland also jokingly kept saying that I’ll be eaten by a bear there. In a related story, the locals actually would, later on, recommend that I bring a bear bell with me when I chase the auroras at night. 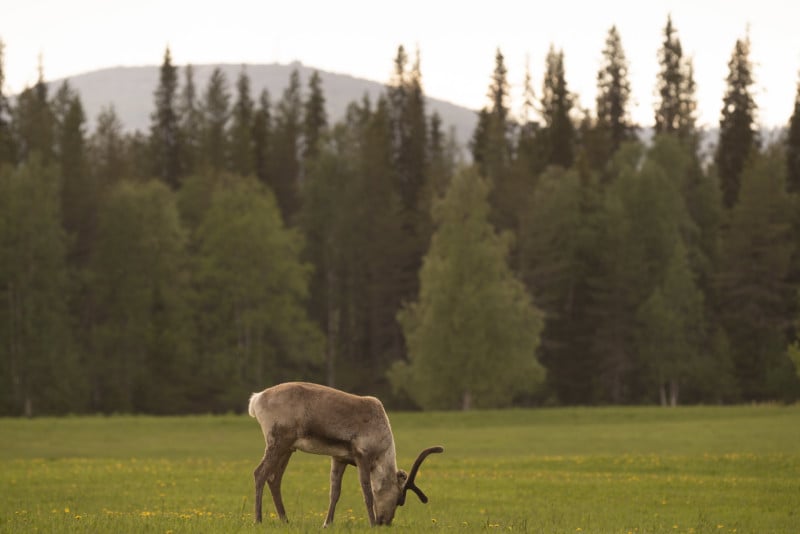 The house is small, but fine for me. It is located near the center of the town between two fields where I see reindeer pretty much every day. I also discovered that the street lights of the town all turned off around 10 PM every night. Not all of them, but most. This means that the already dark skies would get even darker.

As for the auroras, I can see them almost every clear night and they are very often right over my head. Sometimes they cover the entire sky and the snow on the ground will appear green because of the aurora glow. It feels so weird walking on the roads there at midnight when it is totally quiet everywhere, with zero traffic or other people. No street lights, only the bright auroras in the sky. It feels like living on another planet. 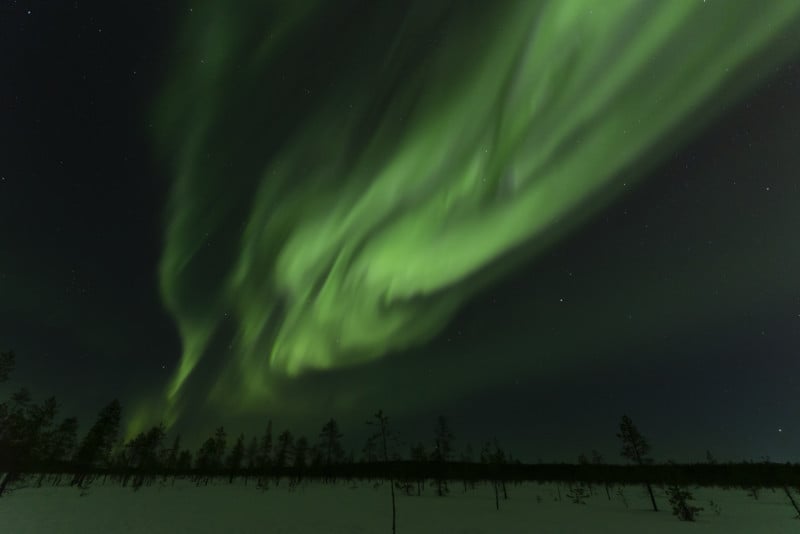 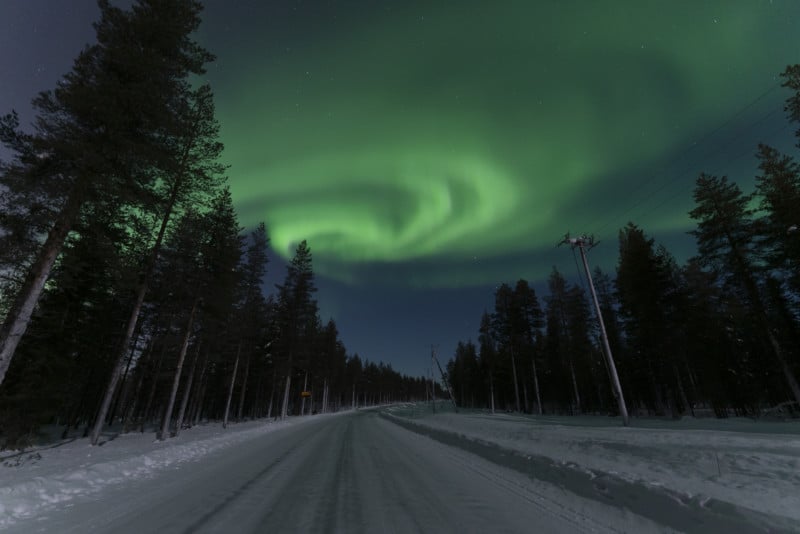 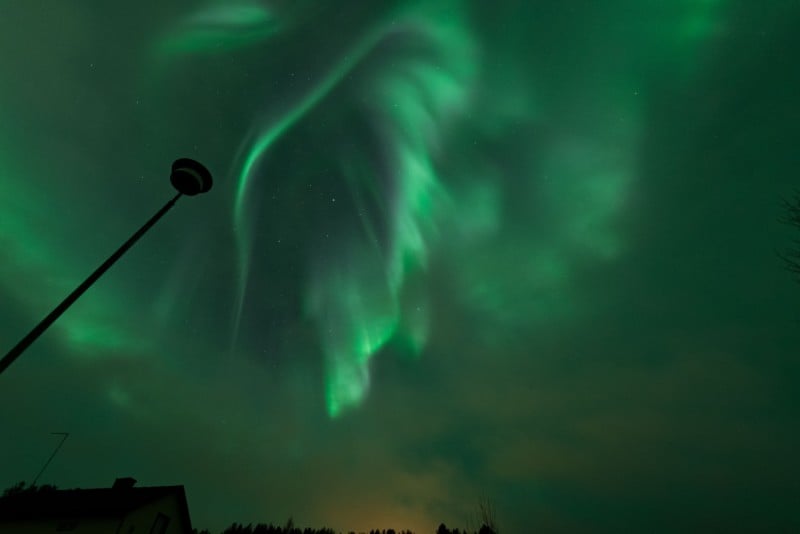 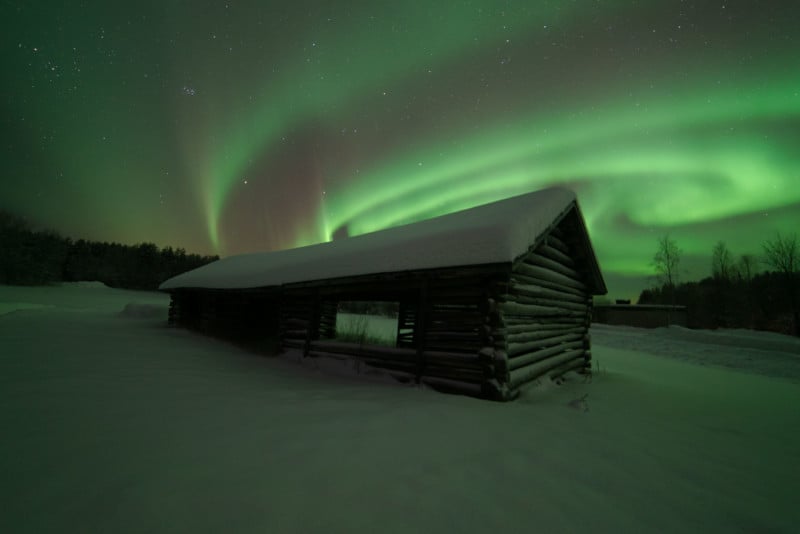 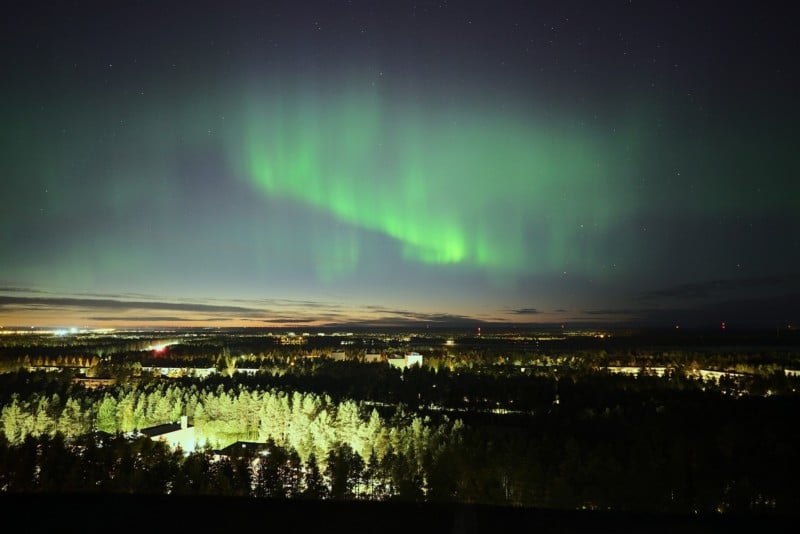 It might come as a surprise to many, but I have no car and have never really wanted one. I get to the places I needed to be on my trusty bicycle, even when the weather conditions were awful. Temperatures are regularly below -30-degrees celsius and I still cycle in the middle of the snowy forests to get to places. That is how I chase auroras: with a bicycle. 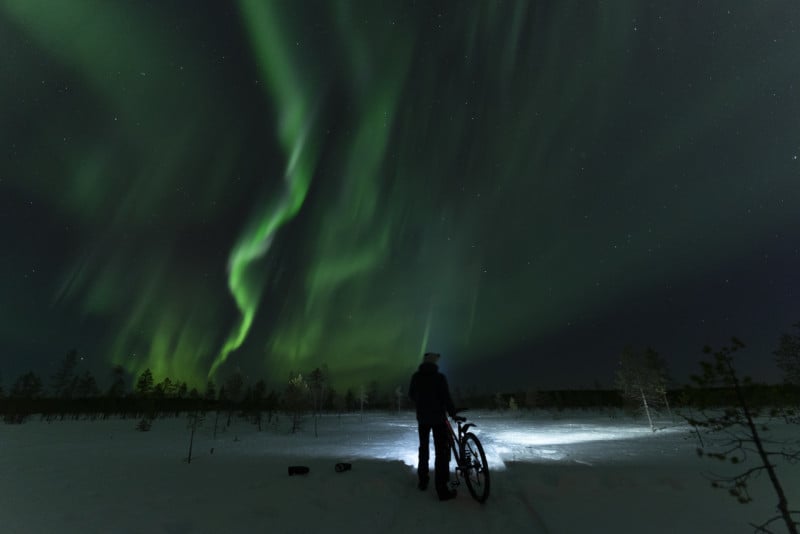 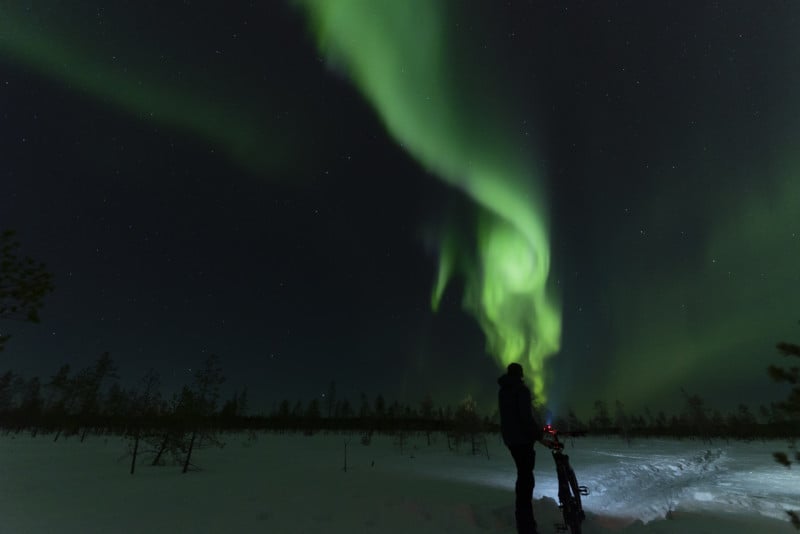 There are two things I often get asked: How do I handle the cold and do I ever get bored of the auroras? The cold doesn’t really bother me too much. While I must say I have never been sweating while standing in the snow for hours, I still manage.

However, my camera batteries do not. They get exhausted very quickly and that is when my fingers may freeze as well, since I often take my gloves off when actively taking pictures.

As for getting bored of auroras, well it depends on the strength of the auroras. I no longer really go out for small ones that are mostly in the north sky or are faint. But of course, I still go crazy over big aurora shows. The best thing about auroras is that each and every night is different. You never know what shapes the auroras take and what colors you see. That is why chasing them is so fun.

About the author: Dennis Lehtonen is a 26-year old photographer who moved to Salla, Finland to focus on his love of photographing the auroras. After 11 months, Lehtonen moved even more north to the town of Sodankylä where he continues to capture expansive photos of the night skies. More of his work can be seen on his Instagram.