The popular YouTube channel Journey to the Microcosmos has shared a new video on the “Double Life of a Fake Jellyfish” that contains some impressive and fascinating macro footage of Moerisia (a tiny type of Cnidarian) captured by James Weiss.


In the otherworldly footage, first covered by Laughing Squid, narrator Hank Green breaks down what exactly is meant by the double life of this “fake” jellyfish by explaining that the hydrozoan creatures can take on two forms, one of which as asexual polyps that look sort of like a necklace, and as a medusa which looks like a typical tiny jellyfish.

Green continues to break down the discovery and classification details by explaining that while “Squishy” is related to jellyfish, it is not a true jellyfish by scientific definition. Green says “The double life is a common hydrozoan trait, though we should note that Hydras are a notable exception, living strictly in a polyp form. But for hydrozoans like the moerisia, things are a little more complex” 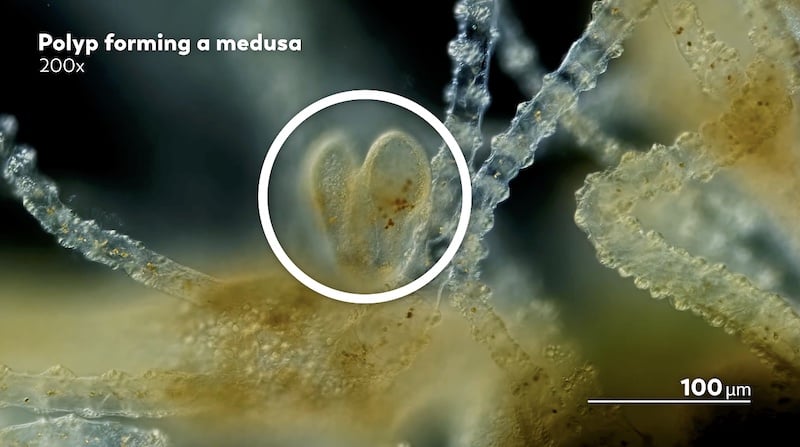 “To be considered a true jellyfish, an animal has to be a member of the class Scyphozoa,” Green says. “And Scyphozoa—like the hydrozoa—are part of the Cnidarian phylum.

“So while Moerisia and their fellow medusa hydrozoa do bear a strong resemblance and relationship to their true jelly relatives, they also have their own unique structures that make them distinct (and, alas, not true jellyfish). But in our tank of seawater, Squishy the Jellyfish will keep his title.” 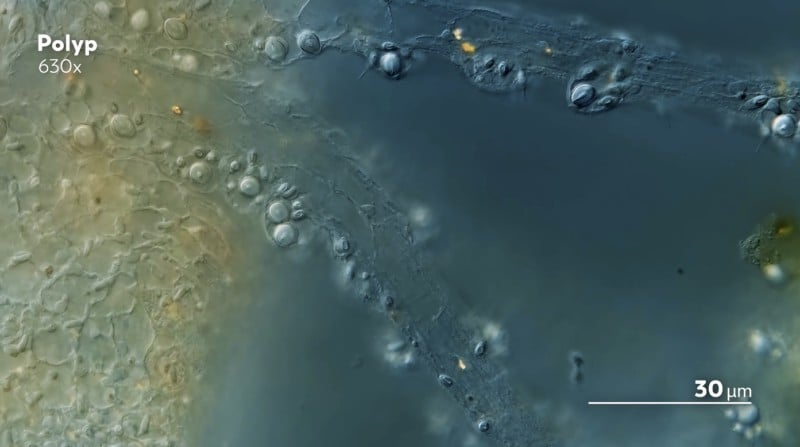 Regardless of whether Squishy is a “true” jelly or not, the footage captured of the various microscopic sea life in Weiss’ tanks is more than worth the watch, especially since Cnidarians are some of the oldest multicellular organisms in existence that gained an incredibly effective evolutionary strategy over 600 million years ago and since then have diversified into a truly vast number of species found at all levels of the ocean.

That and some of the scenes captured truly do look like something out of this world.

For more incredible macro images and footage of the various forms of life James, make sure to his Jam and Germs account on Instagram.