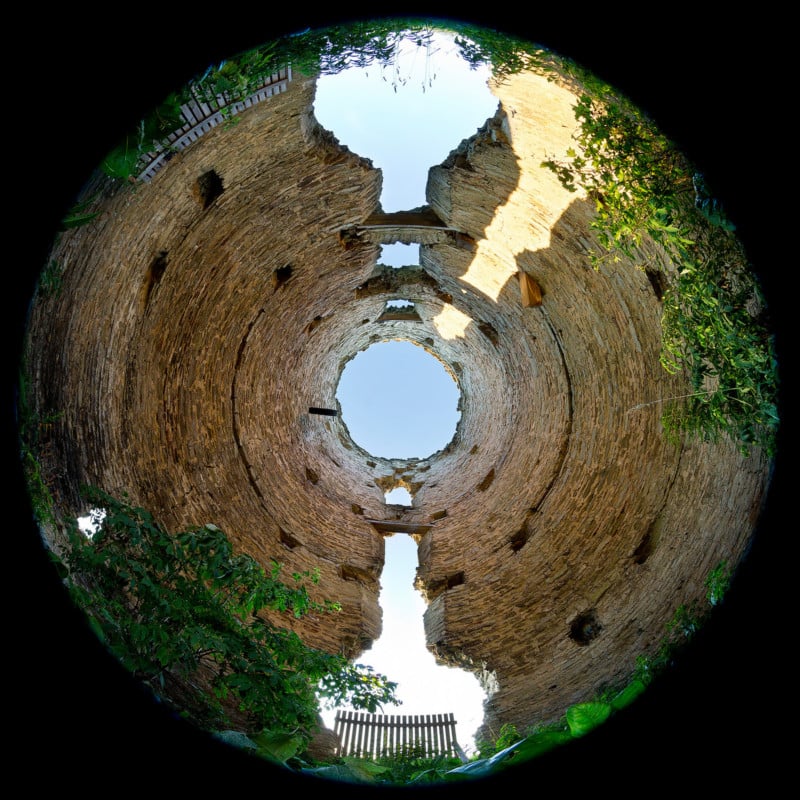 Estonian photographer Kaido Haagen has been hunting for old windmills in his country and capturing unusual fisheye photos from within them while pointing his camera straight up. His project is titled The Story of Estonian Windmills.


Haagen is an architectural, travel, and underwater photographer who has been working behind a camera for over three decades. As part of his interest in architectural photography, one of the cornerstones of his career, Haagen has visited nearly 400 Estonian windmills. 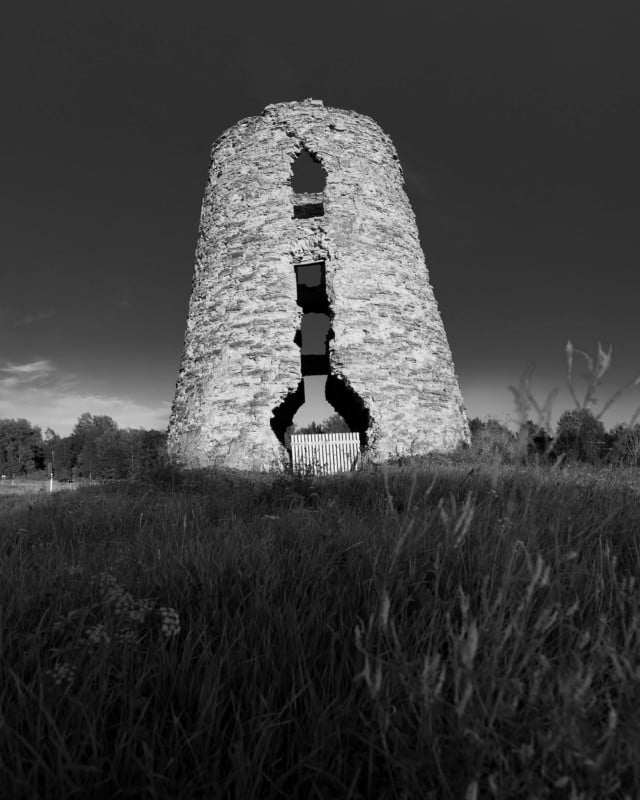 While he does shoot classical architectural images of the windmills, Haagen has also been employing untraditional methods of photographing buildings.

Whenever he finds the ruins of a Dutch-type windmill, the photographer enters the structure, sets his camera on the floor pointed straight up toward the sky, and captures that perspective with an 8mm fisheye lens to create mandala-like visuals that show the whole interior in one photo. 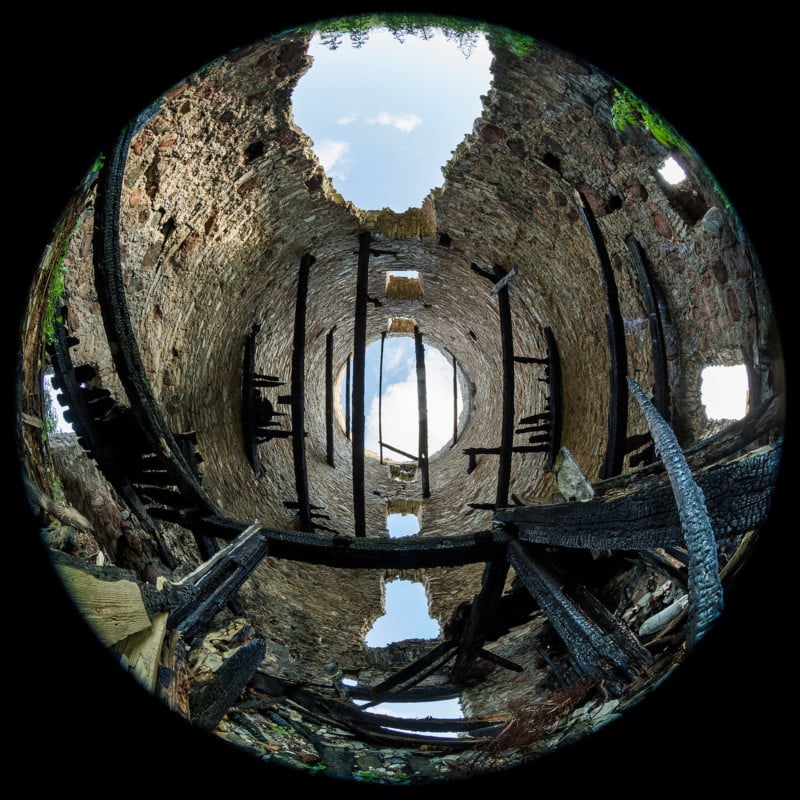 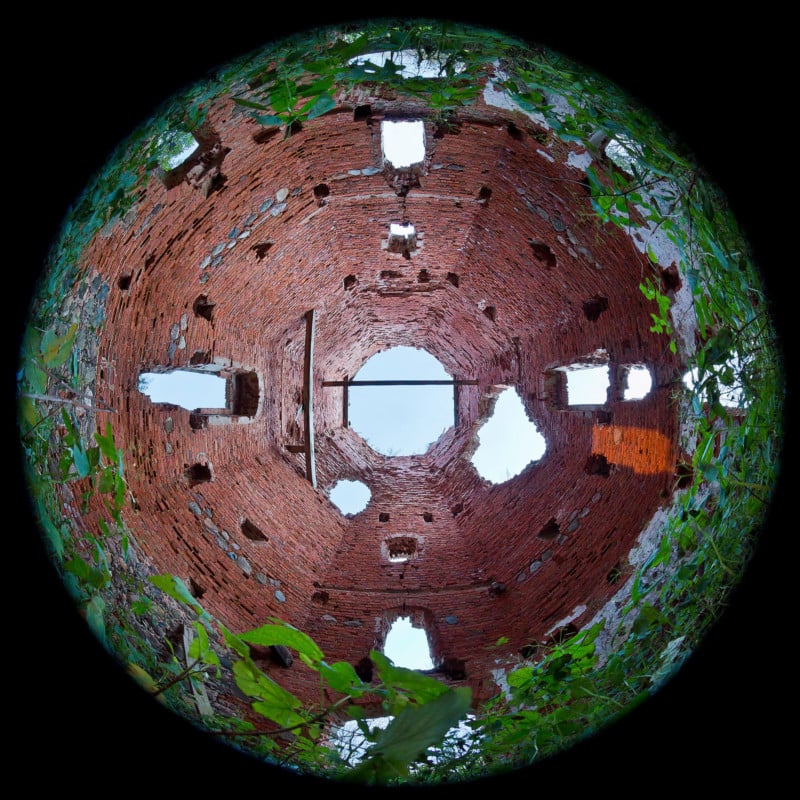 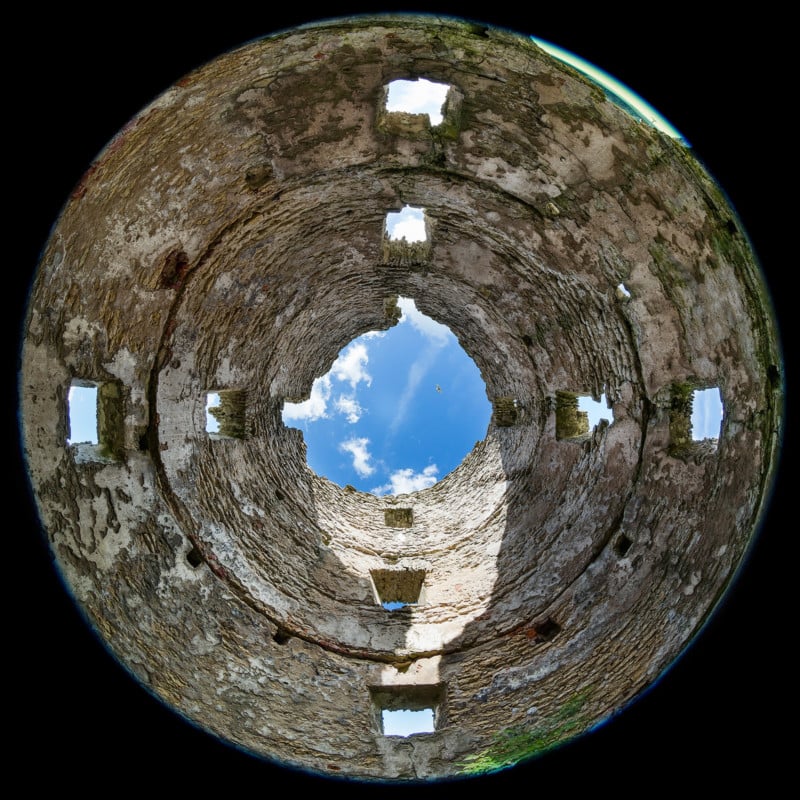 “As windmills are symbolic buildings and important landmarks in Estonia, this method aligns perfectly with the idea of the eternal circling of windmills and also with the shape of millstones once used in these buildings,” Haagen tells PetaPixel. “When exploring these photos, the viewer can find marks from destructive fires; they can attempt to figure out which side is Northern and which is the Southern one; they can speculate about the last function of a particular room – whether it was for rabbit breeding or fuel storage or something else entirely.” 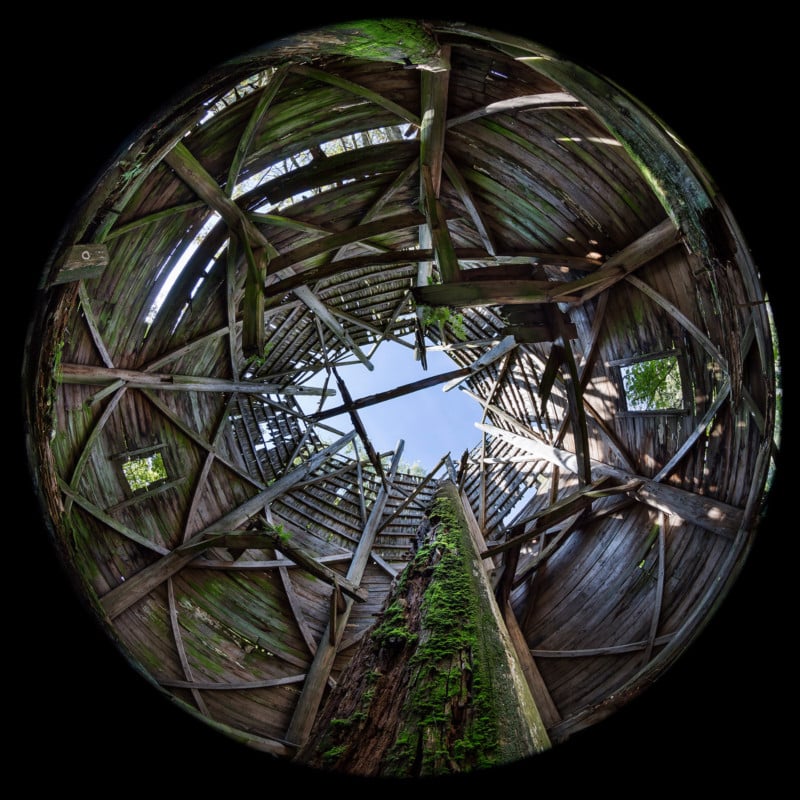 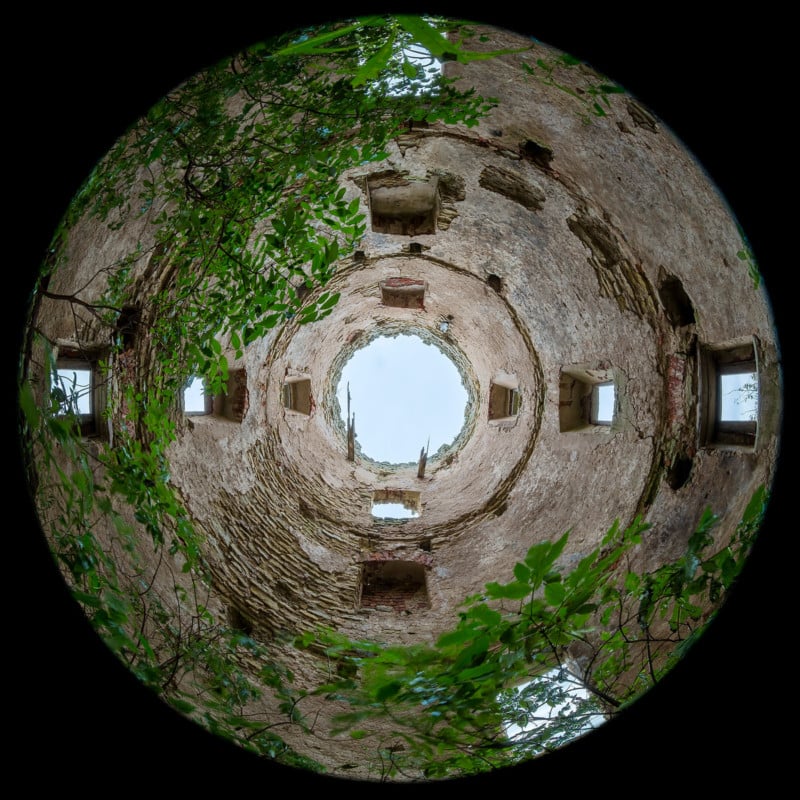 Photographers interested in seeing old windmills in the northern European country of Estonia for themselves can find a list of notable windmills along with the age of the windmill and coordinates they can be found over on Wikipedia. 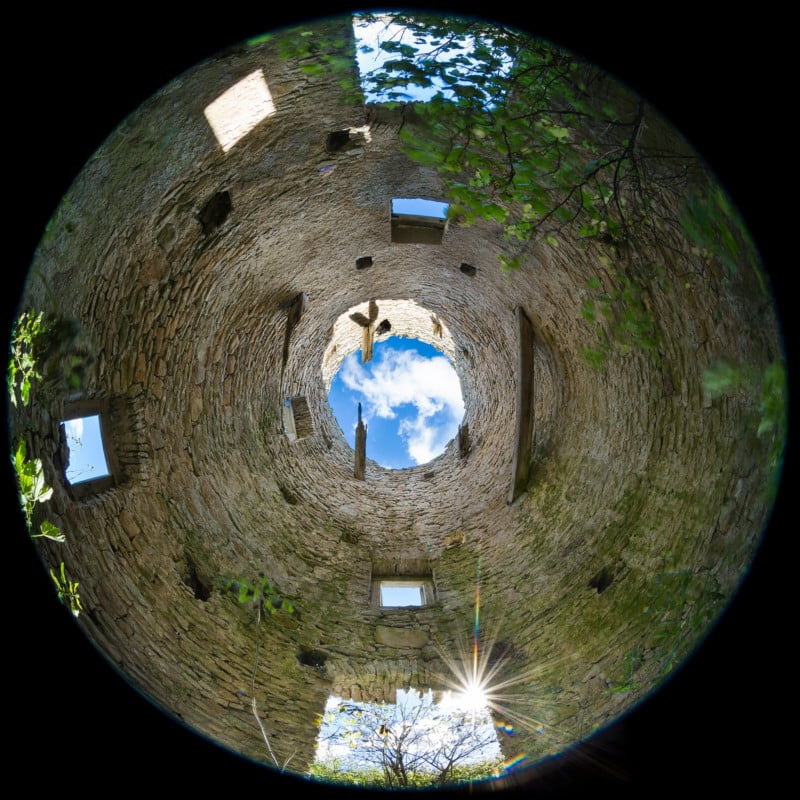 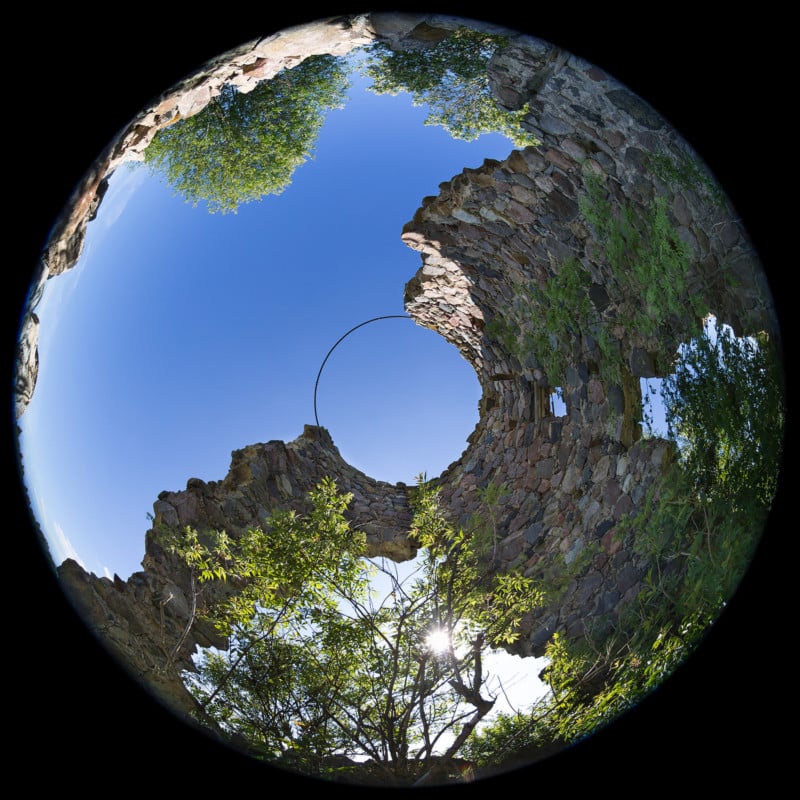 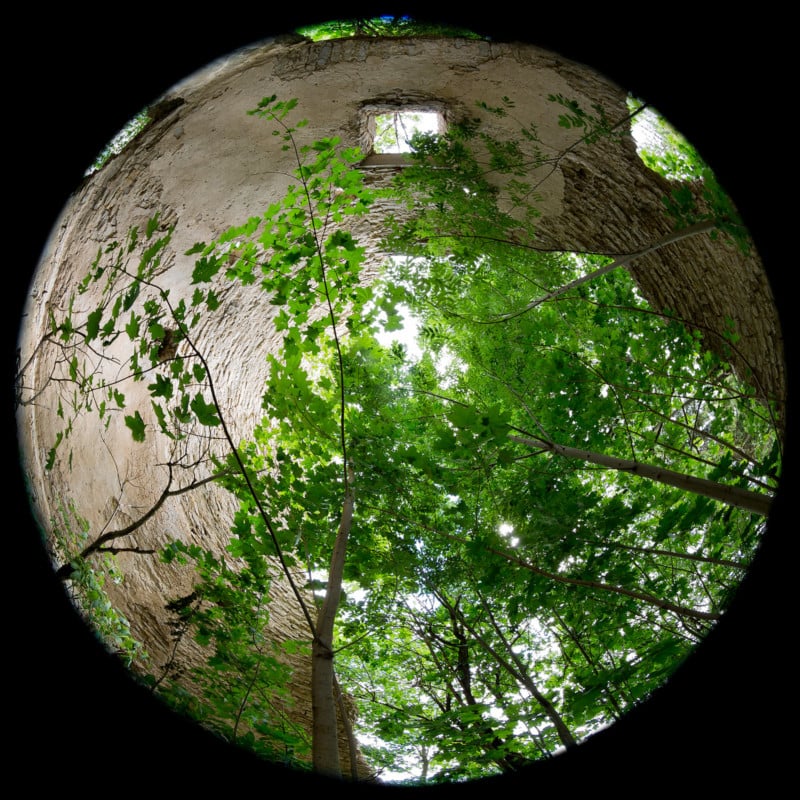 A selection of Haagen’s images from this series has been published in a photo book titled The Story of Estonian Windmills. You can also find more of his work on his Instagram.