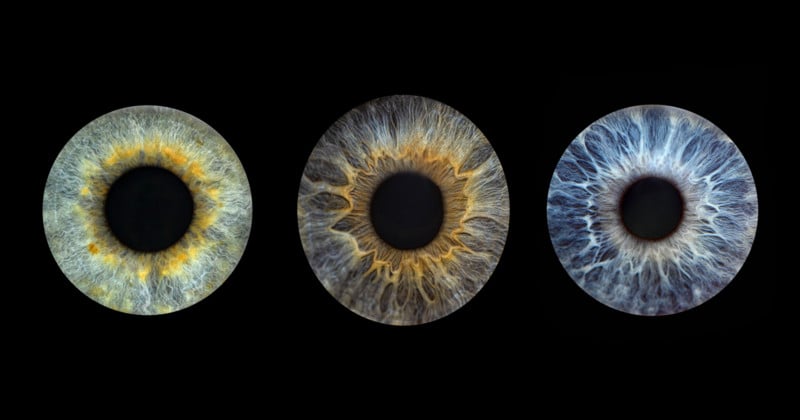 A photographer in Florida has fulfilled her dream and has launched a photo studio with one specific purpose: to capture macro shots of customers’ eyes.

Gia Roche started her photography career through portrait and event work, eventually diving into weddings and engagements, but never taking the plunge to pursue it full-time. Following her divorce, Roche got pushed further away from her dream of full-time photography.

This didn’t stop her from regularly documenting her and her family’s life through the camera. Details, such as her children’s toes, ears, fingers, nose, and eyes were of particular interest although she wasn’t quite satisfied with the technical quality of some of the images at the time.

In 2012, Roche lost her child to brain cancer and had numerous casts of her hands and pieces of her hair as meaningful keepsakes but hadn’t thought of the idea of capturing eyes.

“I wish I could have gotten a good picture of her eyes,” she tells PetaPixel. “I wish that I could stare into them every day.”

Roche became interested in macro photography around a year and a half ago and stumbled upon some iris photos and started experimenting with the concept.

“The iris is so amazing from the colors to the unique design, I have always been attracted to beautiful eyes,” Roche explains. “Don’t tell my husband but his eyes are one of his biggest appeals.” 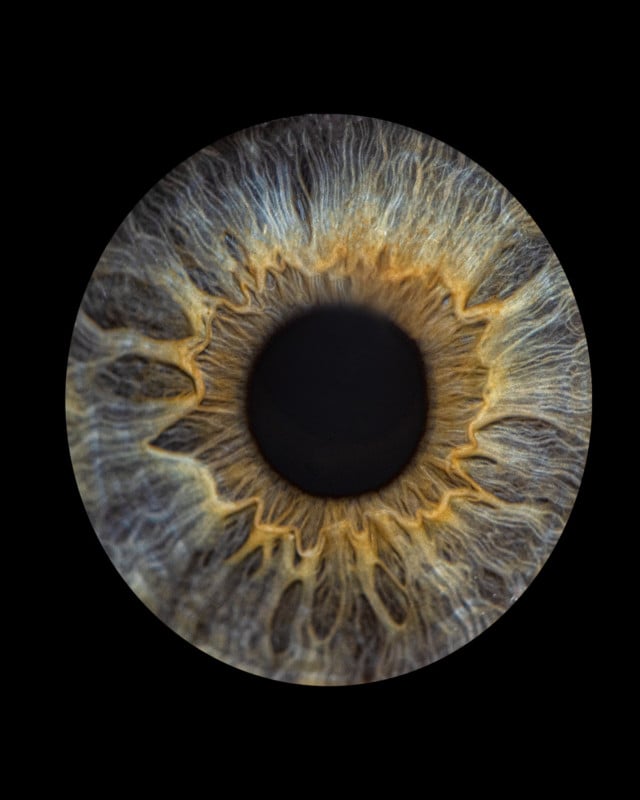 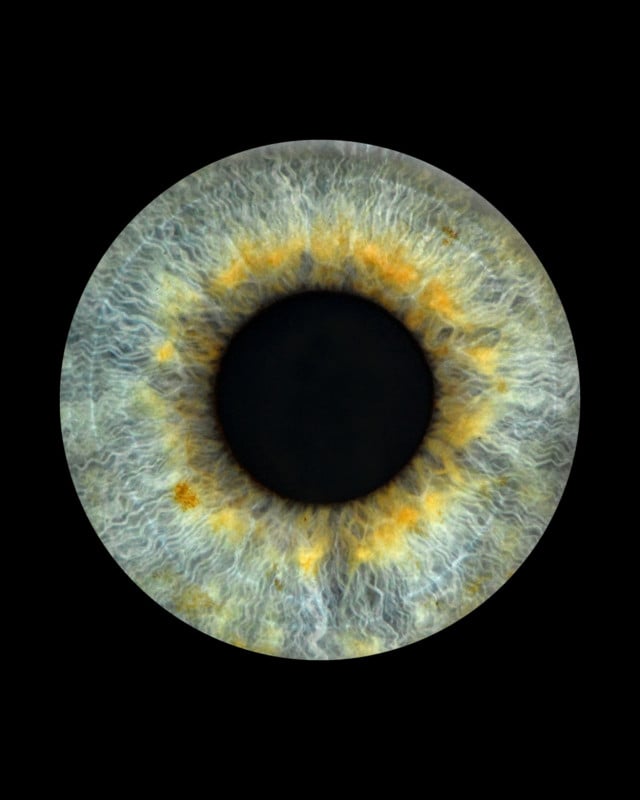 It took a while before she was successful in capturing eyes. It was not until she acquired proper equipment to stabilize the subject’s head and the camera, as well as the right lens and lighting that she was satisfied with the outcome. 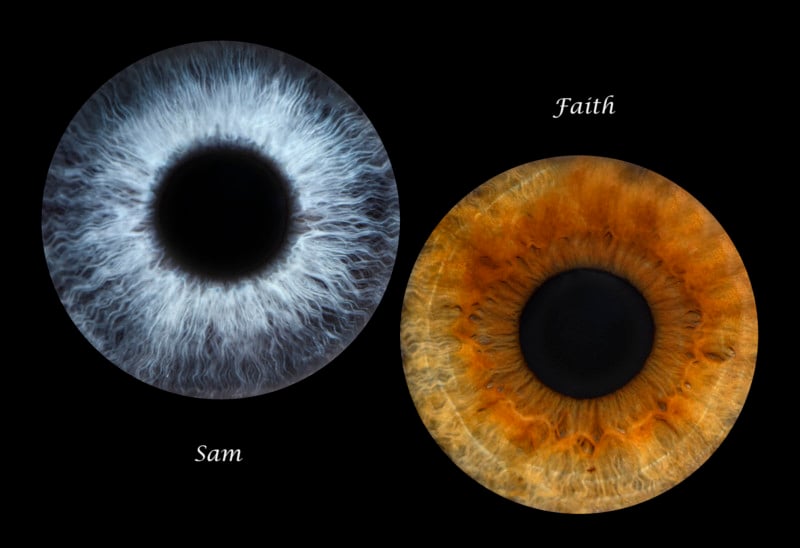 She had also come across a store in Europe with a similar idea but couldn’t find anything in the United States when searching on Google. This was at the start of the pandemic and Gioe decided to just go for it when the restrictions allowed her.

Although that took a lot longer than she had anticipated, she dove into the business idea, despite her fear of extensive Photoshop editing which she wasn’t as proficient as she’d like to be.

That proved to be only a minor setback, as Roche found she enjoyed the authenticity of her photos after having seen some beautiful but overly post-processed work shared online. 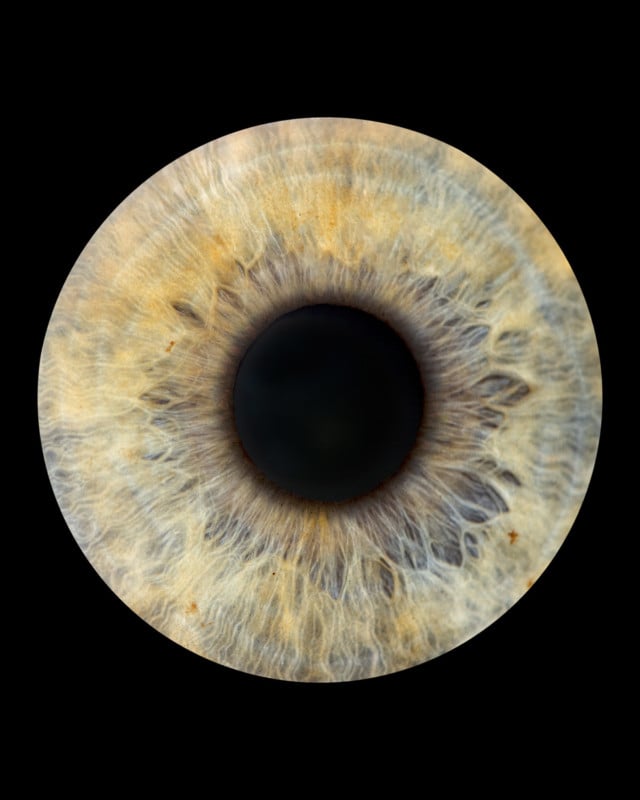 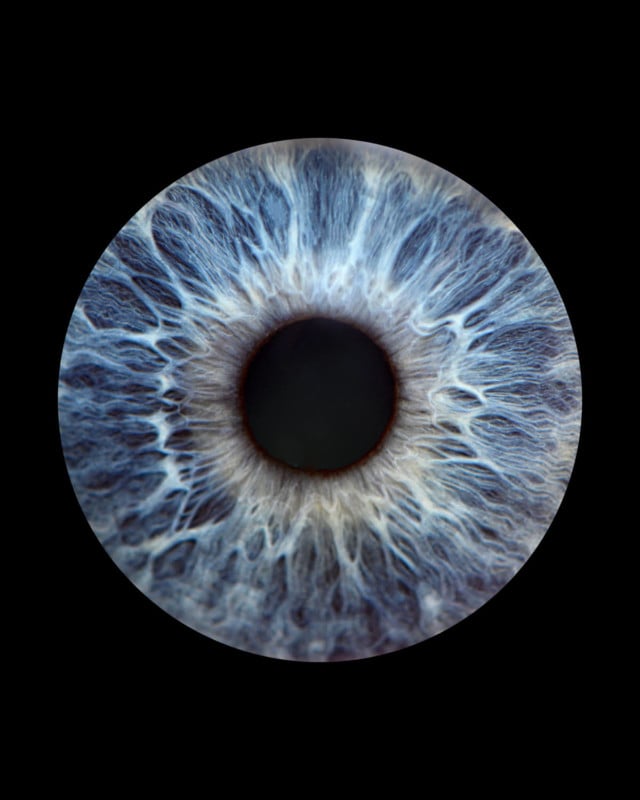 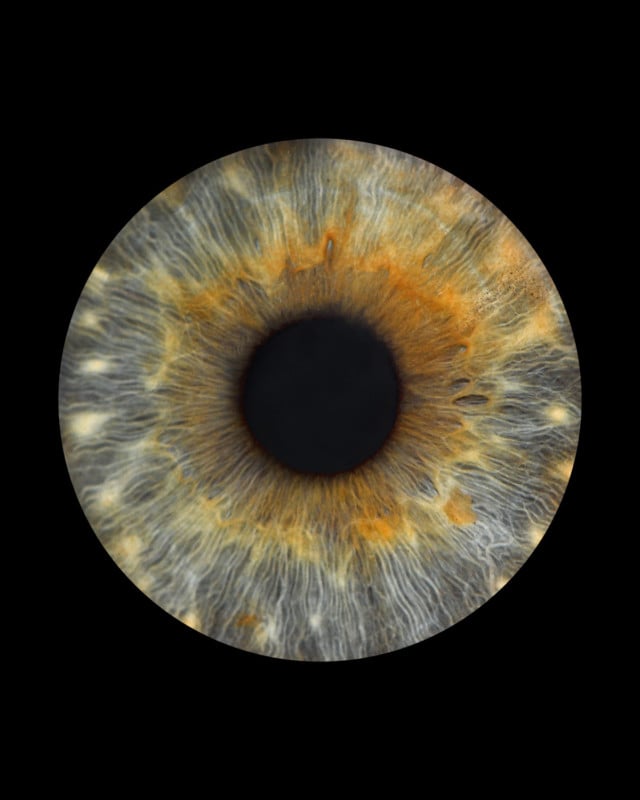 “Colors were enhanced to the point where it looked fantastic, not real,” she says. “I saw several other stores pop up throughout other countries, and they all have their own style. I wanted to keep the structure of the iris and just remove the glare.”

The launch of Roche’s studio “Eye Wonder” which is based in Destin Commons in Florida, has been successful. She has since hired additional staff to help her manage the store and help the business grow. She is also currently working on being mobile and providing unique iris photography services at local events and festivals.

“People are traveling from hours away to come,” Roche says. “Everyone from teenagers to seniors has been excited and open to trying it. A lot of people have been interested in the iridology part of it too. While some struggle understanding at first what exactly we do, overall, everyone has been supportive and excited.”