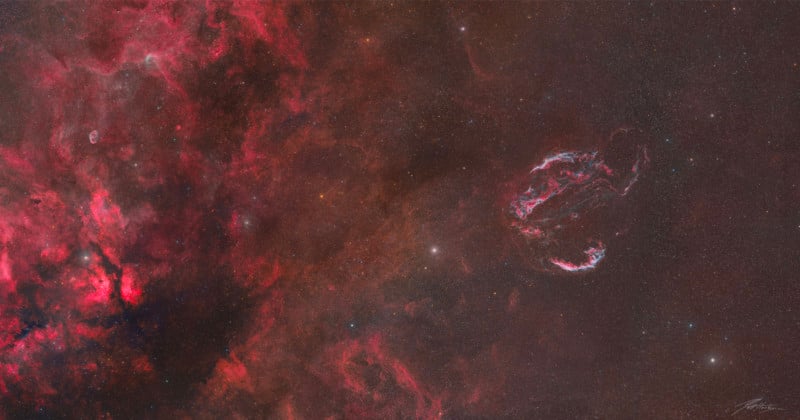 Astrophotographer Matt Harbison spent six months in a desert observatory in order to create a massive 700-megapixel 12-panel photo of the Cygnus Loop and Sadr region of space, which includes the remnants of an exploded star.

Harbison has previously captured a massive 2.5-gigapixel photo of the Orion Constellation that took five years to complete, and while this latest project did not require nearly the time investment, it is no less impressive. Harbison captured his latest massive photo with his Takahashi FSQ106+645 reducer with a QHY600 monochrome camera.

All of the captured images were processed in Pixinsight with weighted batch pre-processing.

“Once calibrated masters were created, I used Mosaic by Coordinates to begin the Photometric Mosaic process. Each panel was cropped slightly and trimmed with the trimming tool, and then added to the master created with Gradient Merge Mosaic,” Harbison explains. “Once each of the 12 panels was registered to a master mosaic, I used the Photometric Mosaic process to fine-tune the image.”

The result is a breathtakingly high-resolution photo of a stunningly beautiful region of the night sky.

“This is the first true mosaic out of my new Takahashi System in Marathon, Texas,” Harbison says. “A few hurdles before truly grasping this wide-field monster and I am beginning to understand its quirks. The field is truly impressive. With massive amounts of star color and span, this telescope chews through these dark West Texas skies.”

He says that photographers often capture the various individual targets in the constellation, but to have it presented together in this way is unique. Harbison says that it grants added perspective to see the Milky Way running through the left side of the image. 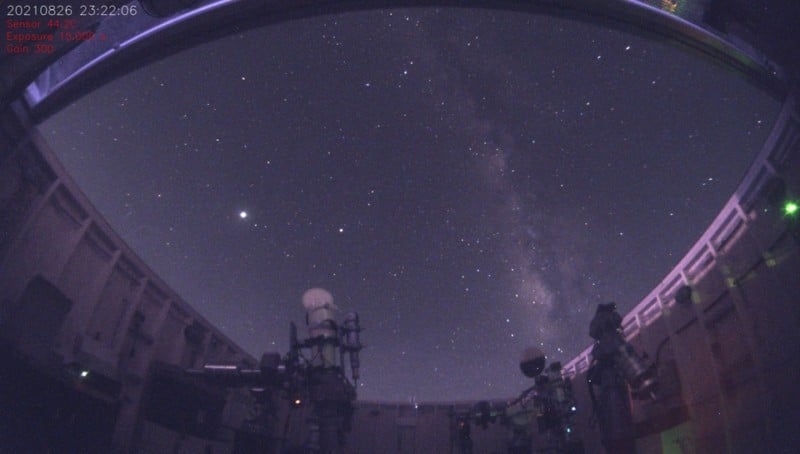 Harbison says that the Constellation of Cygnus lies in a region of chaos, wrought with expanding gasses and the remnants of supernovas. He says that this region truly reveals the active nature of the galaxy. 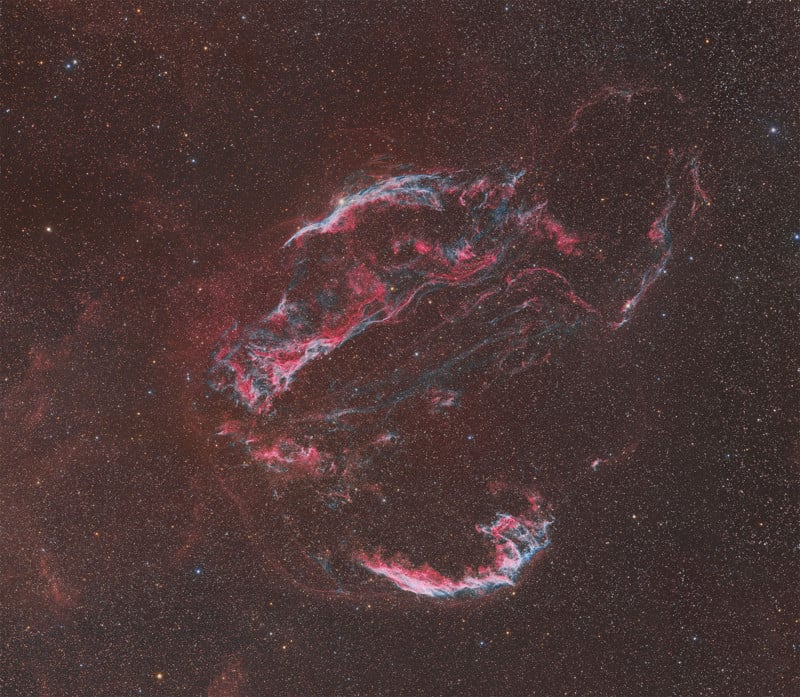 “This image reveals the hydrogen, oxygen, and rich star life and color present in the area,” Harbison says. “The added effect of star removal helps to illuminate the moving gasses and the ever-changing nature of the area. Imaging this area every night since July, I’ve managed to complete almost 200 hours.”

Harbison tells PetaPixel that it was not always smooth sailing during his months-long capture, and the changing weather including a lot of fog through the fall added complications to his process.

“Cygnus is right overhead June through November,” Harbison says. “Aside from the fact that it’s one of the closest constellations to us, it also houses the most intense X-ray emission source (cygX1) and is a treasure trove of hot stars worth studying. I hope to shoot six other segments in the same area over the next few years.”

Harbison has uploaded the massive photograph so that it can be inspected closely by anyone who is curious to see the photo in high resolution.

“After I finish a project, I sit back, take a long look, and think to myself… every star, could be somebody’s Sun,” he says. 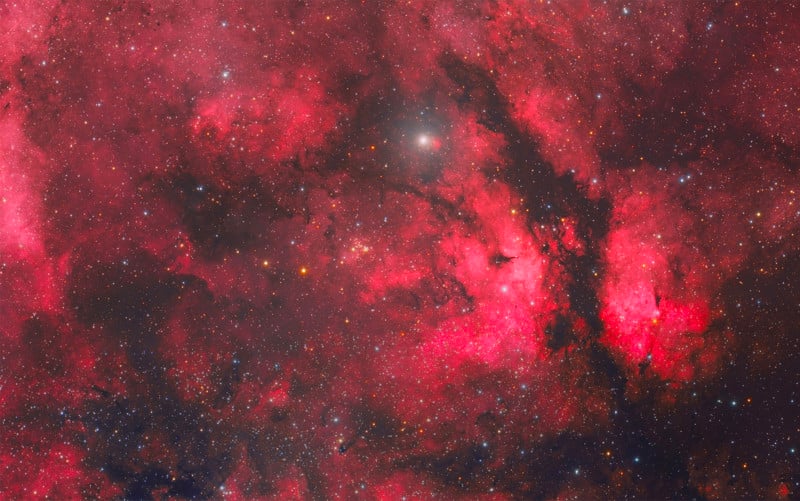 Image credits: All photos by and provided courtesy of Matt Harbison.