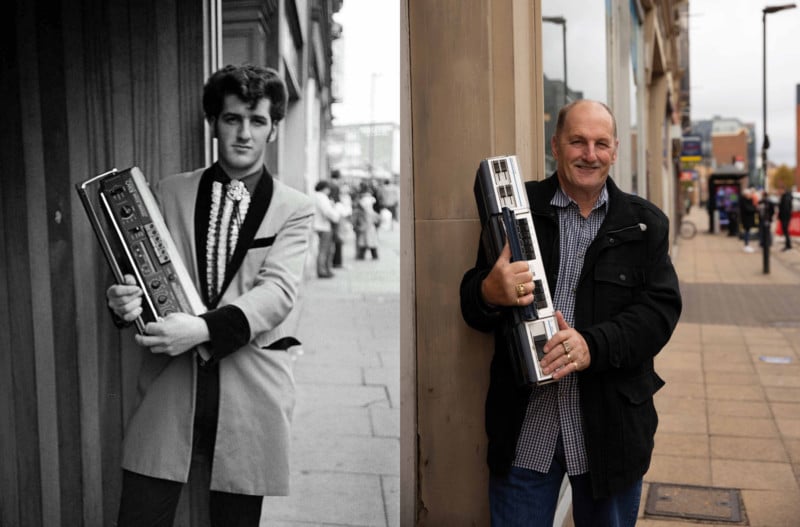 British photographer Chris Porsz tirelessly tracked down local people he photographed roughly 40 years ago and recreated his decades-old street photos of them. The fascinating then-and-now photos are part of his ongoing series Reunions.

Porsz’s project comes from his immense archives of street portraits, taken in his hometown of Peterborough, England. A previous then-and-now series was published back in 2016. 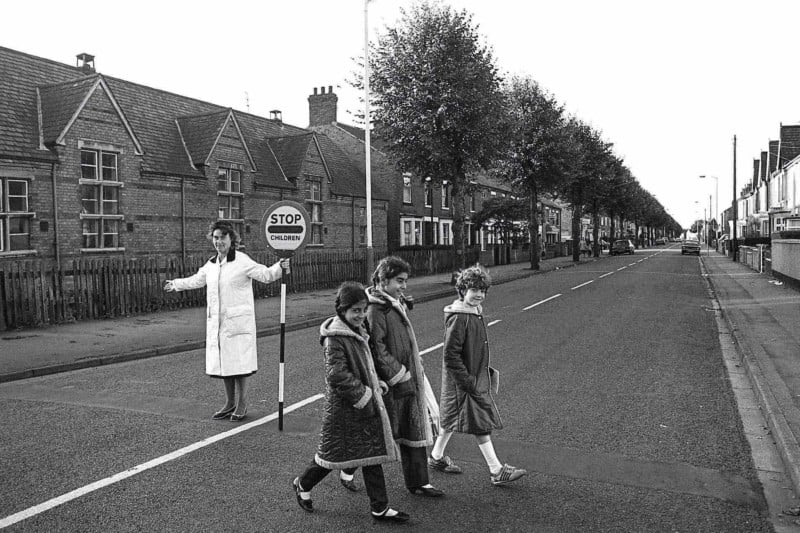 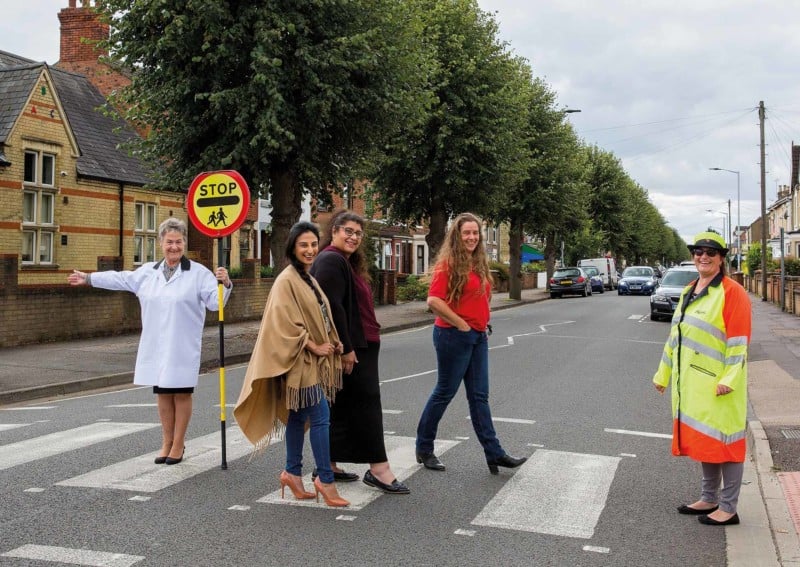 Porsz finds subjects in his older photographs to document them as they are today decades later. It’s ambitious work and requires more than just photography skills — Porsz also needs to investigate and follow leads to track down the subjects, which is at times seemingly impossible when so much time has passed. 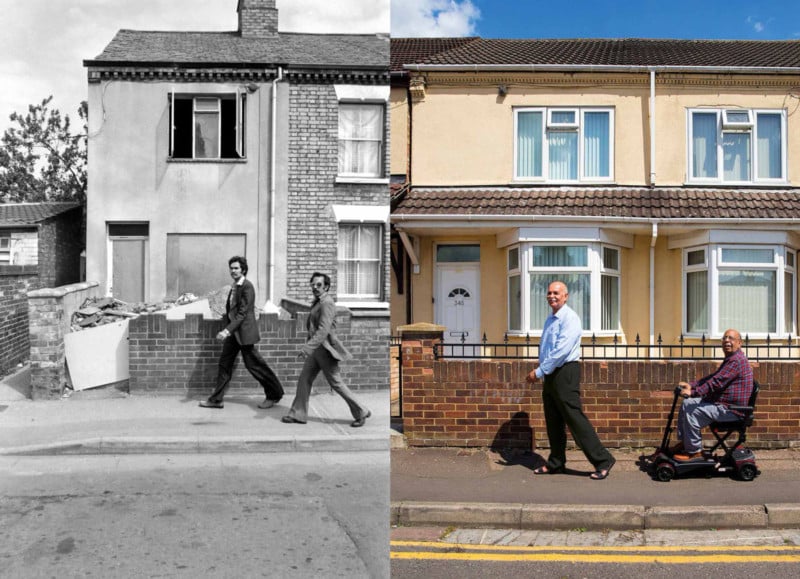 His body of work, both that of decades ago and today’s, showcases a snapshot of a city and the community. As years go by, people change and so does the city. Some friendships have fallen apart while others remained strong; some subjects have passed away while others have grown into adulthood and settled in the area. 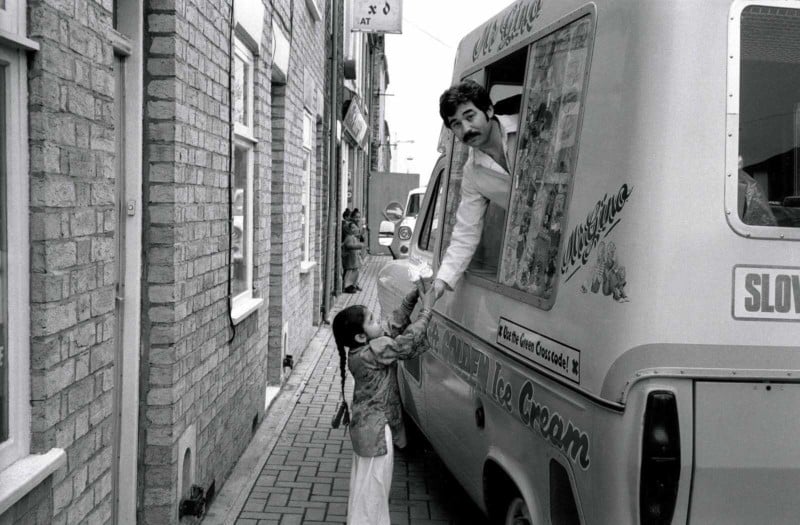 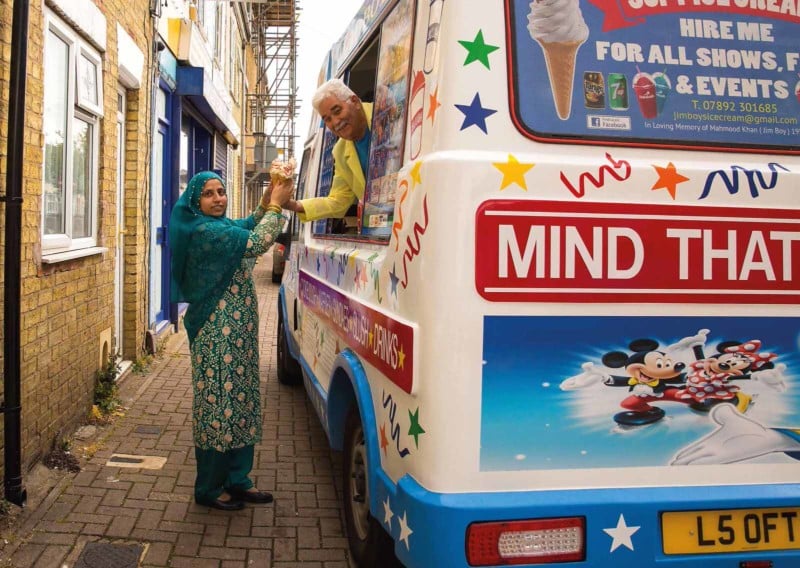 “Fortunately, I took pictures covering all age groups, as many older characters have since died,” Porsz writes. “Many I could never find as they have moved around the UK, emigrated, fallen out with their former friends or family, or frustratingly declined to take part, but against all the offs and with serendipity on my side I achieved my quest.” 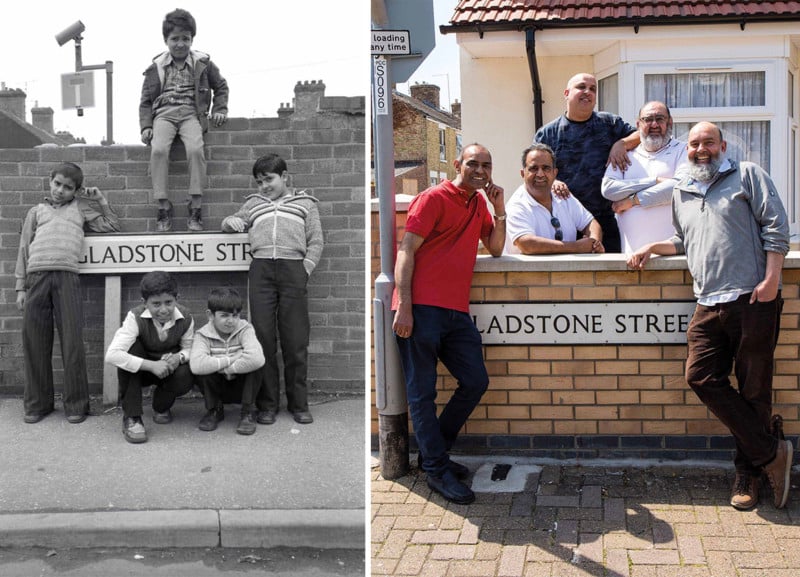 The idea of the project first arose when Porsz was given a weekly Paramedic Paparazzo column in the local paper in which he published two photos a week, using his street archives from years ago. Some of the readers recognized themselves in the photos and the rest is history. 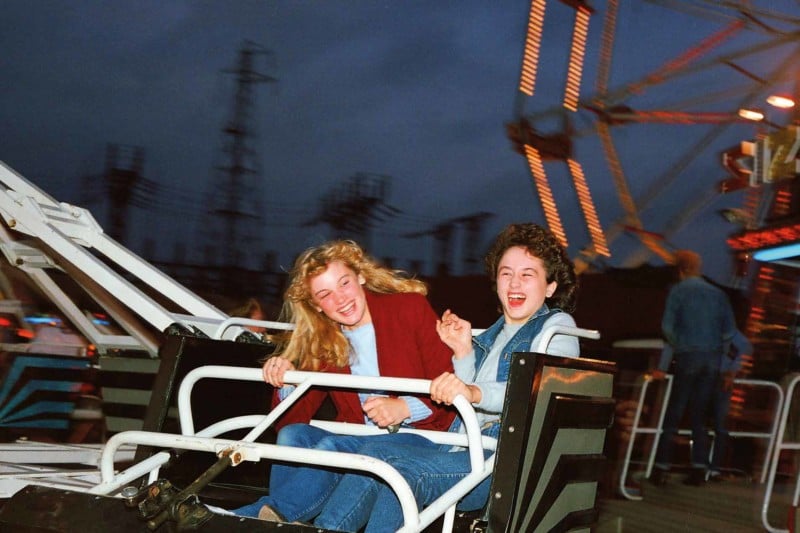 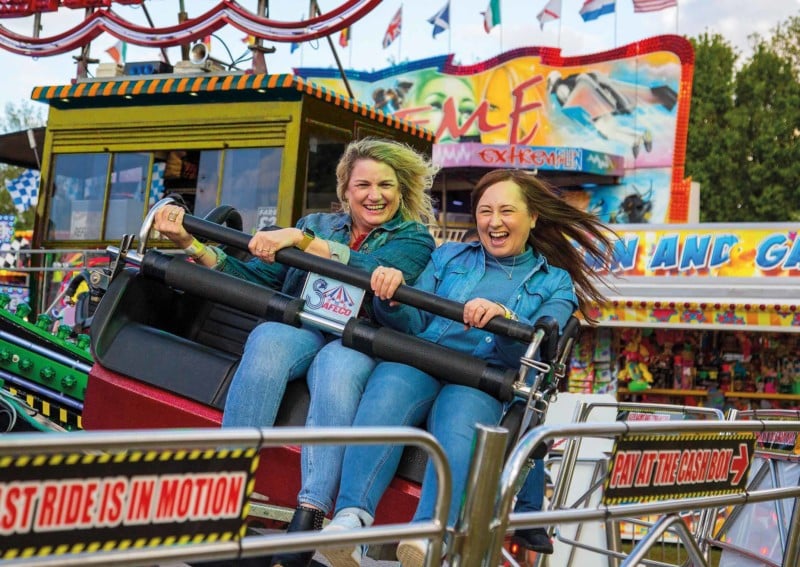 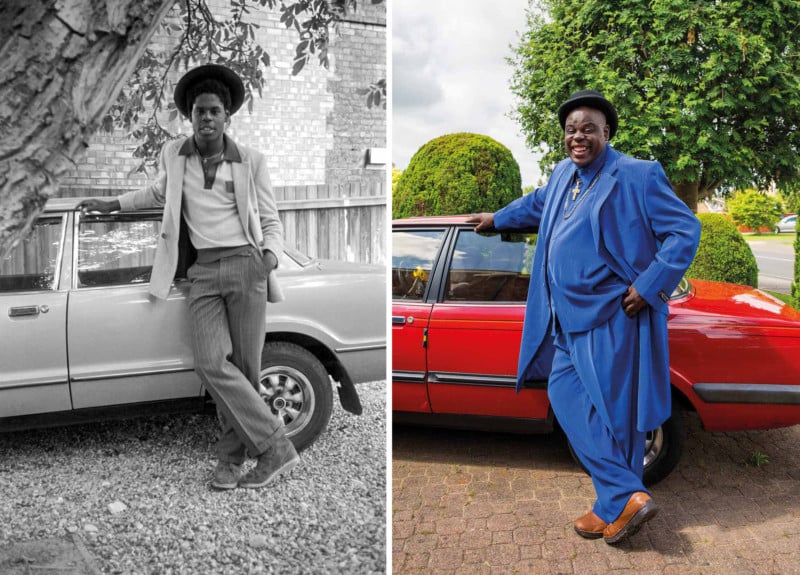 Porsz managed to track down 168 new reunions after his initial series, although it wasn’t easy. He had “many setbacks and false leads along the way,” including a 200-mile round trip only to hear “sorry, it’s not me.”

However, he persevered, and with the help of Peterborough Telegraph, a local Facebook group, and Peterborough Images Archive, as well as numerous messages on social media, he succeeded in his goal. 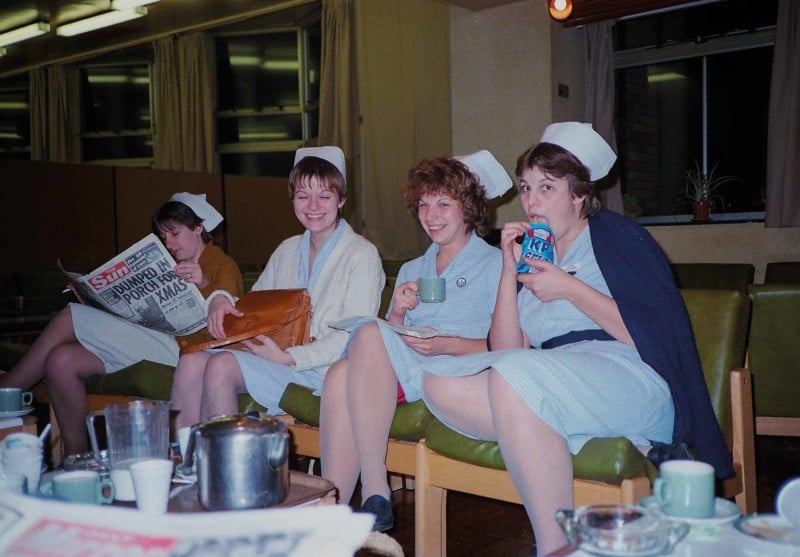 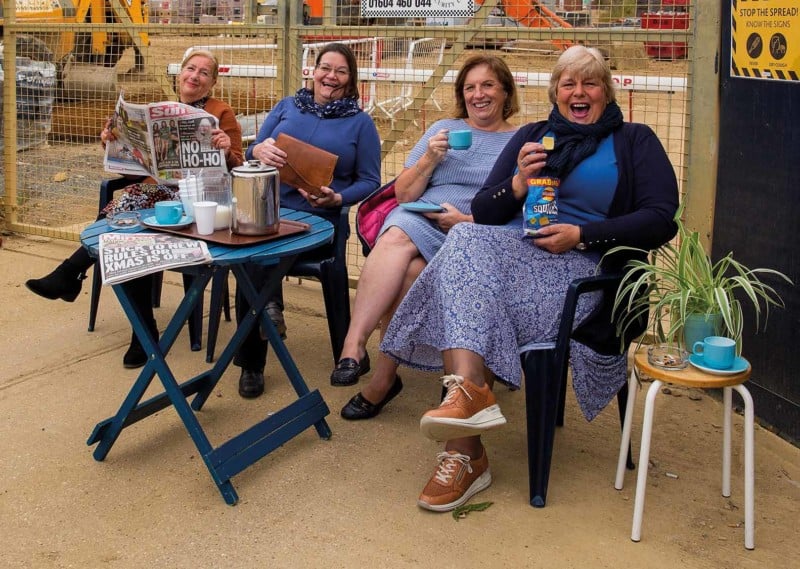 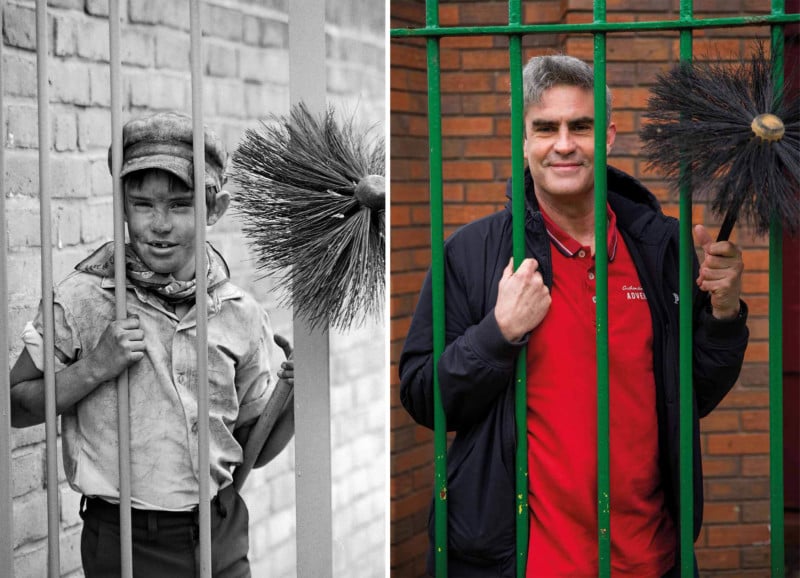 “Compounded by the pandemic, it became a race against time before the next lockdown and, although very challenging, I was a happy man when over some weekends I completed up to a dozen reunions,” he explains. 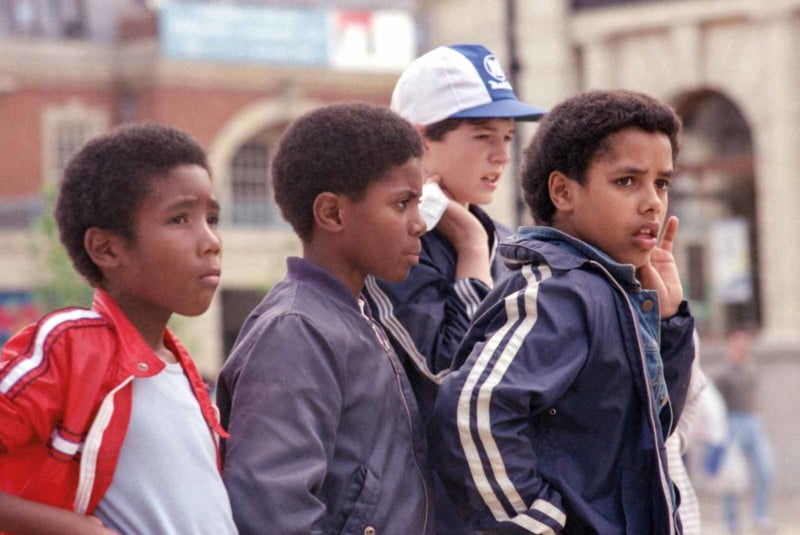 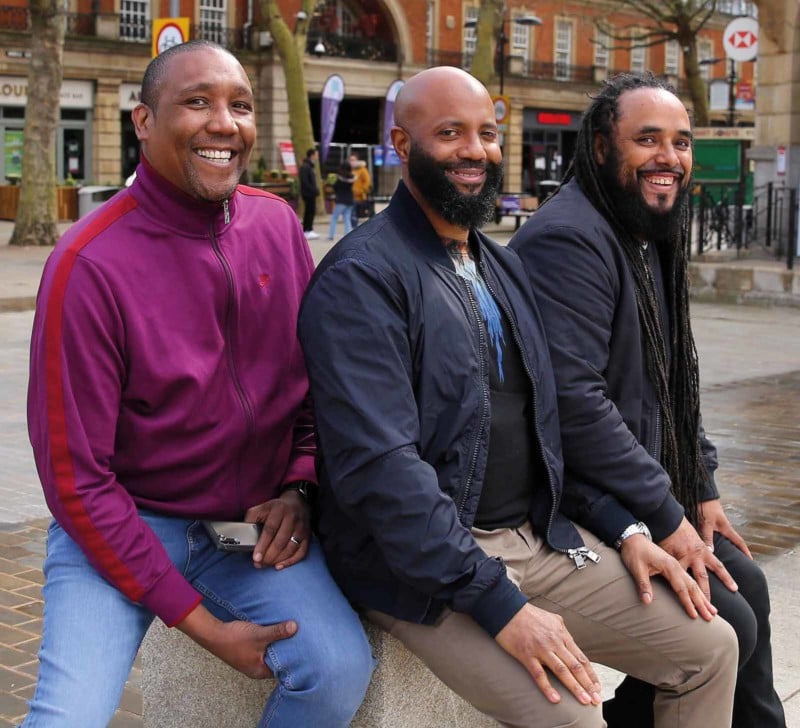 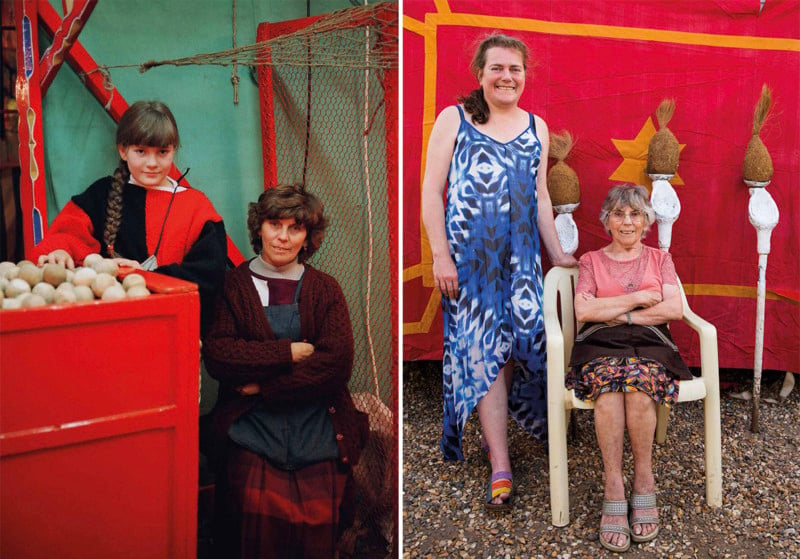 Although Porsz communicated with and photographed numerous people along the way, he took great care and attention with each and every one of them.

“Every reunion was equally important to me as they were ‘my babies’ and it was crucial I ensured I did justice to them all,” Porsz says. “I felt this time around I now had a chance to engage with my subjects and the resulting eye contact and smiling faces that I actively sought is for me a very positive contrast that speaks volumes about my characters.” 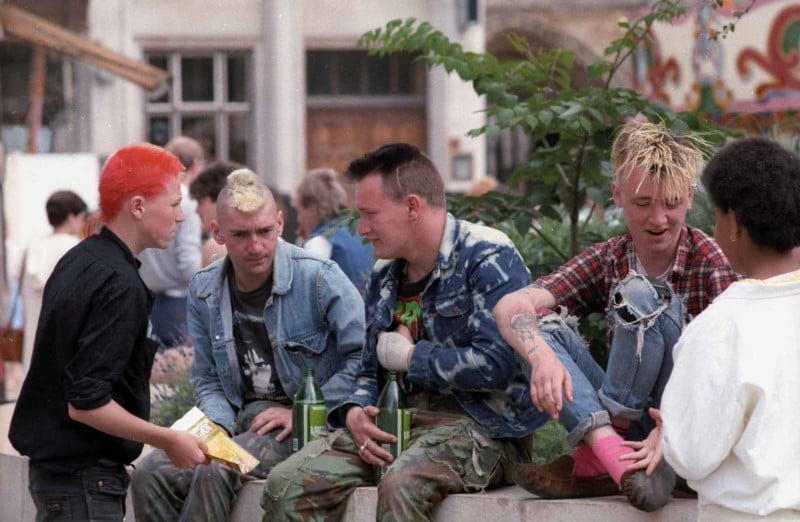 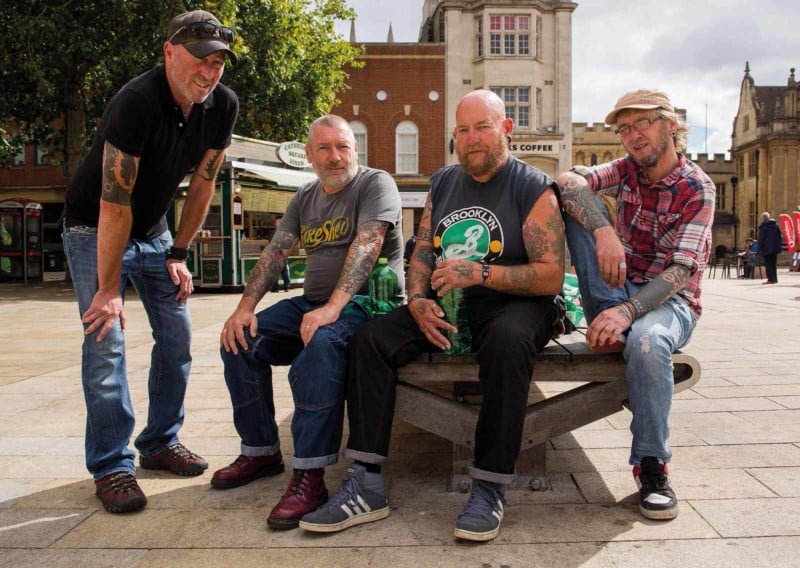 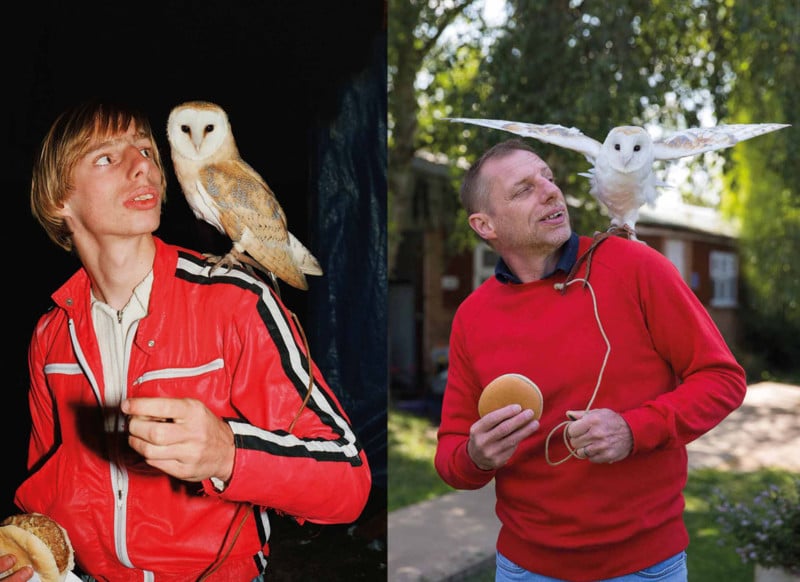 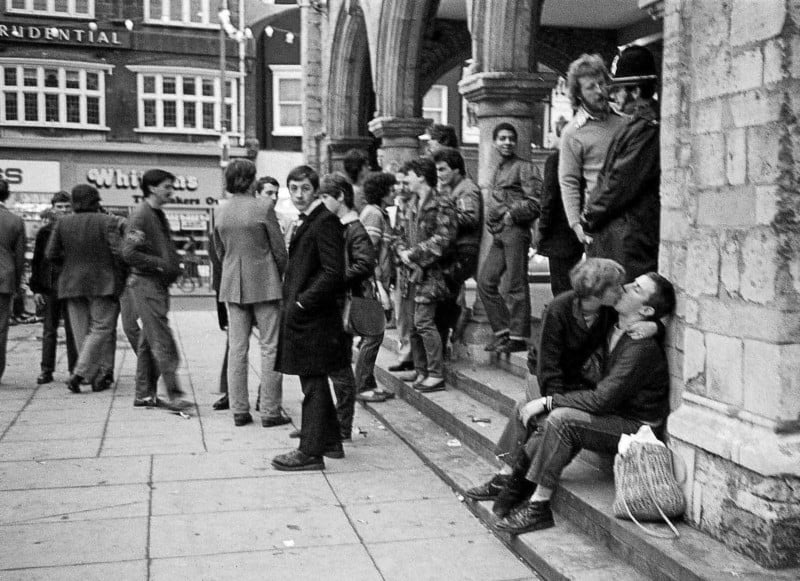 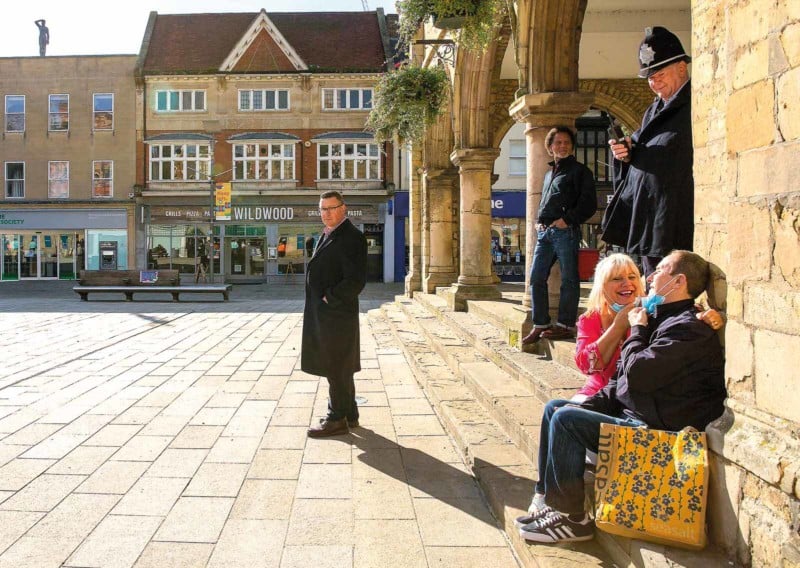 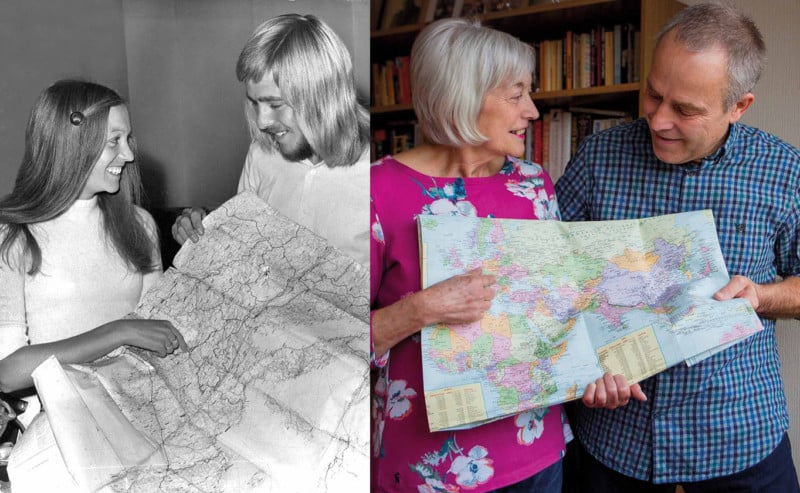 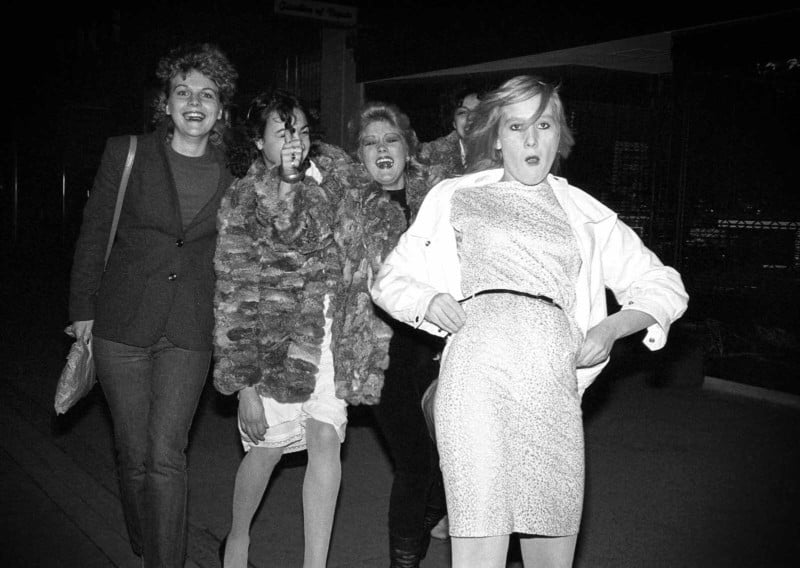 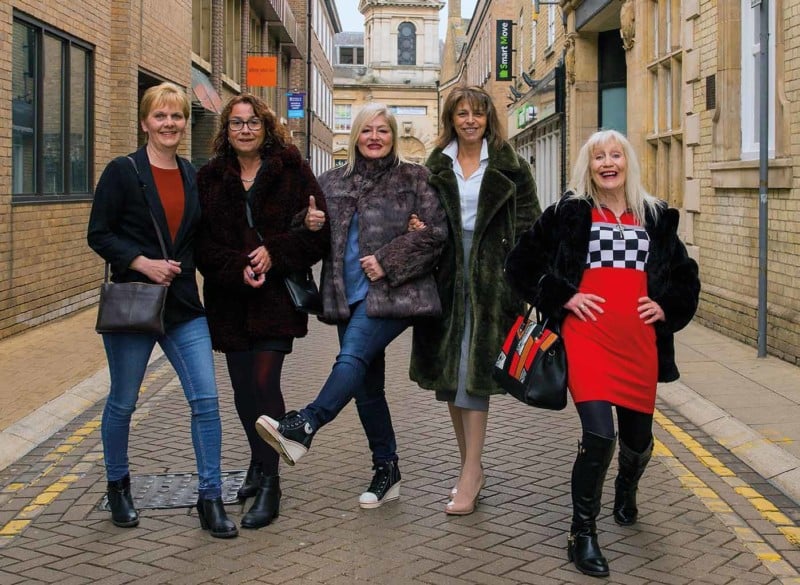 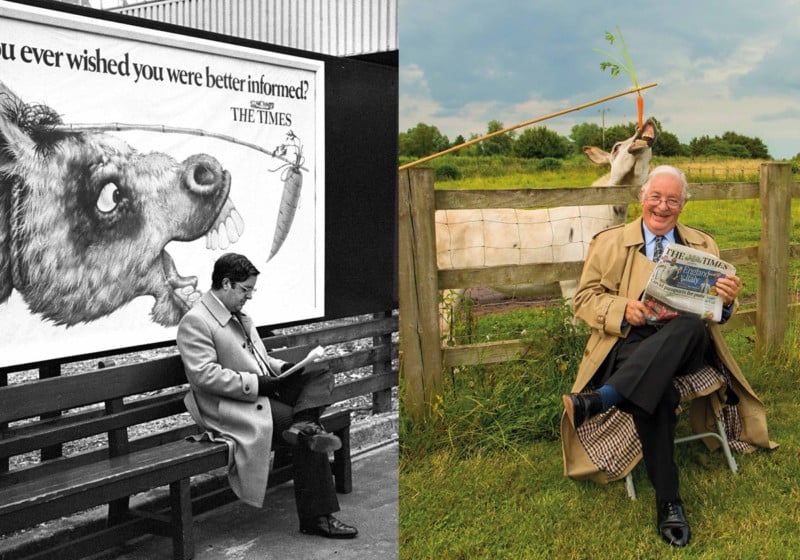 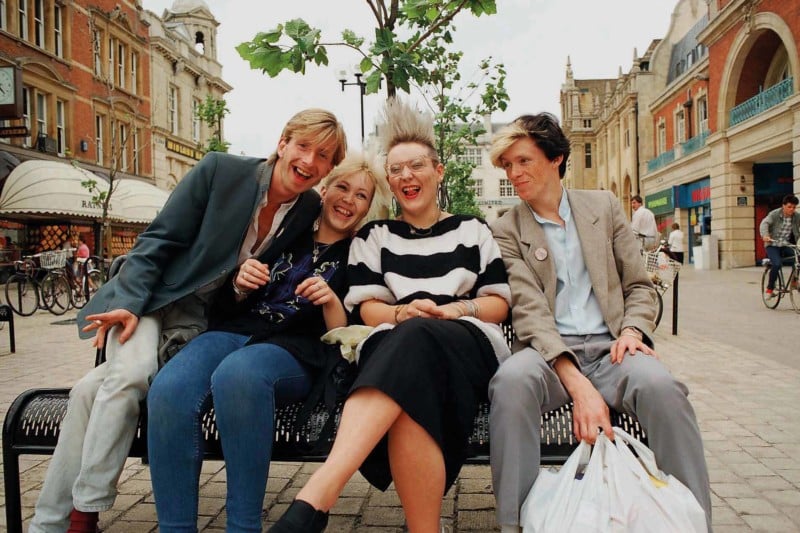 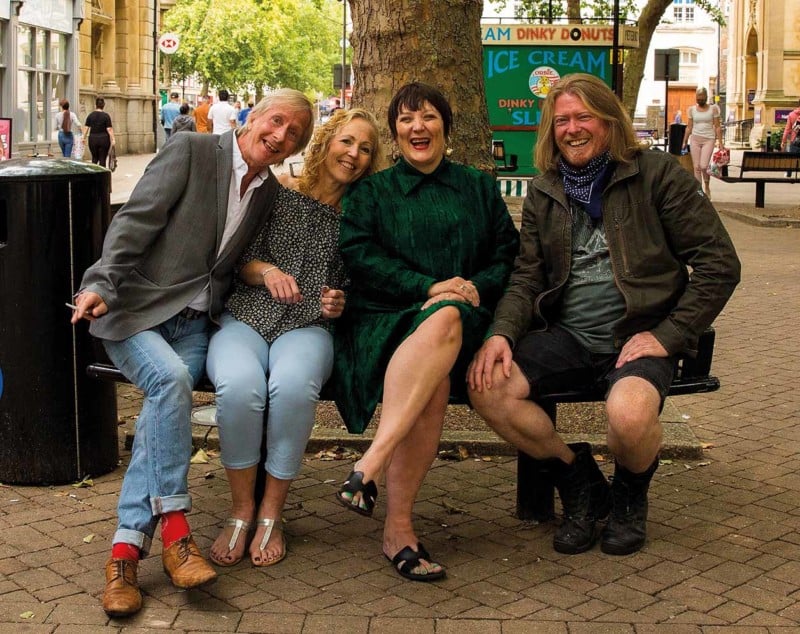 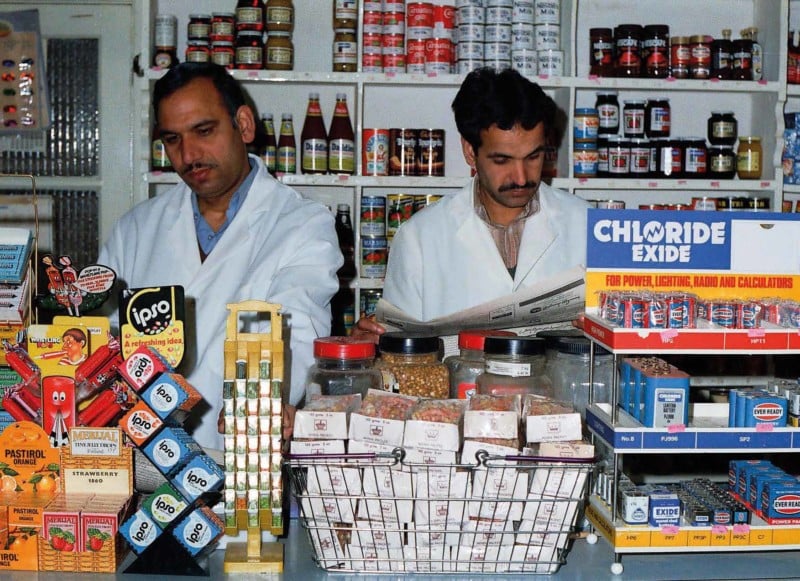 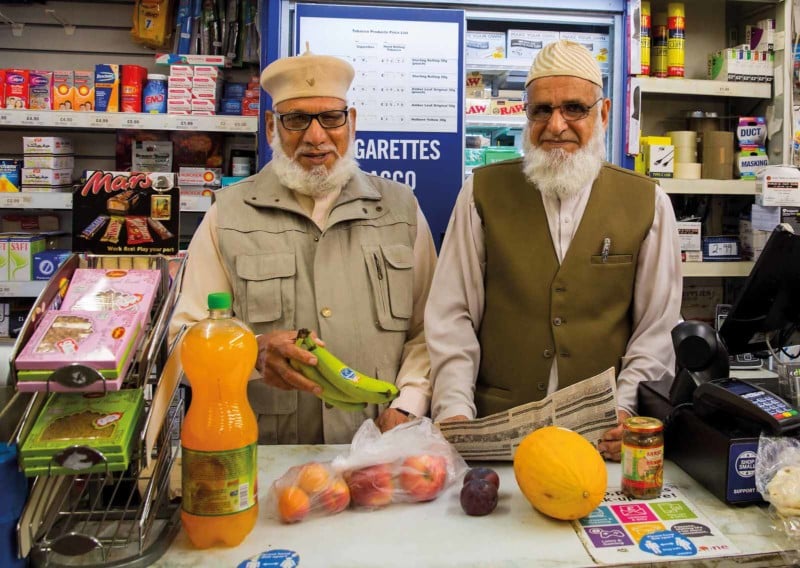 Porsz previously published a set of photos from this project in his first book, Reunions. This latest set has been published in a follow-up photo book titled Reunions 2. Both books are available on the photographer’s website, and more of his photography can also be found on his Instagram page.