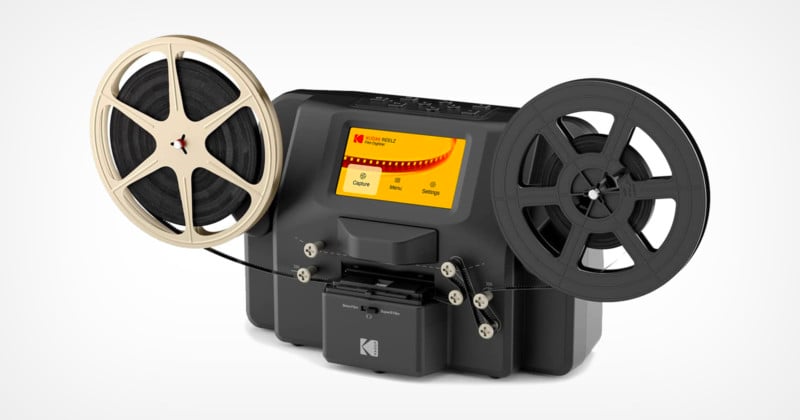 Just like was the case with the giant inflatable backyard projector screen that was launched by C&A Marketing earlier this fall, this film digitizer isn’t actually made by Eastman Kodak. Instead, it’s one of many licensed products that are completely unaffiliated with the storied film brand other than in name.

The Kodak brand is a lot more segmented than most average consumers likely know. The Eastman Kodak company, which is still based in Rochester, New York, still produces film, film chemistry, and some software processing on its own, but has another entirely separate revenue stream: licensing its brand name, which still commands considerable clout. Through licensing, the company has dramatically expanded the reach of its name into everything from mobile phones and flashlights to inkjet printers, digital cameras, instant print cameras, and camera accessories.

C+A Global is one such buyer of that license and has used it to market this film digitizer (along with several other Kodak-branded products), which is a lot more on-brand as a product than a backyard inflatable screen. The Kodak Reelz is equipped with a few different capabilities that the company says “enhance” the user experience. 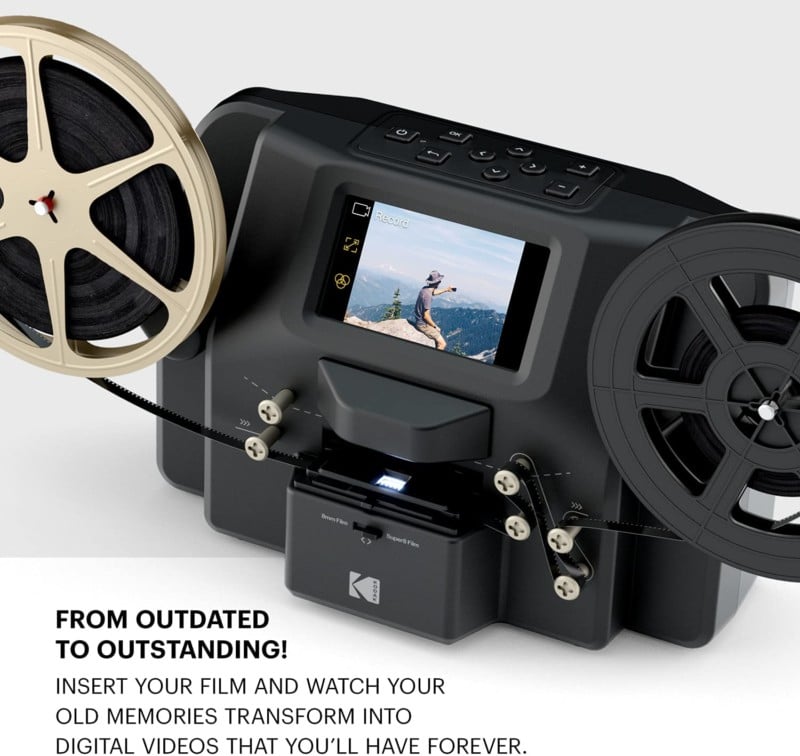 The device has a five-inch viewing screen with an LCD interface controlled by nine buttons on the top of the converter. The device allows for recording, converting, and playing back of live films as well as several other scanning and editing options. The buttons allow for users to align the frame, zoom, and edit sharpness and tint among other features.

The Kodak Reelz is designed to be super-easy to use. It accepts three, five, and seven-inch films into its universal supply reel and provides on-screen prompts that allow users to send or save footage. It accepts a USB cable to transfer scans to a computer, laptop, or even a television where footage can be viewed instantly.

The scanner is fully automated and uses an 8.08-megapixel sensor that the company says captures images with “exceptional” clarity, contrast, detail, and color accuracy and outputs a 1080p Full HD digital video file. As a note, and perhaps obviously, there will not be any sound included with the recordings. 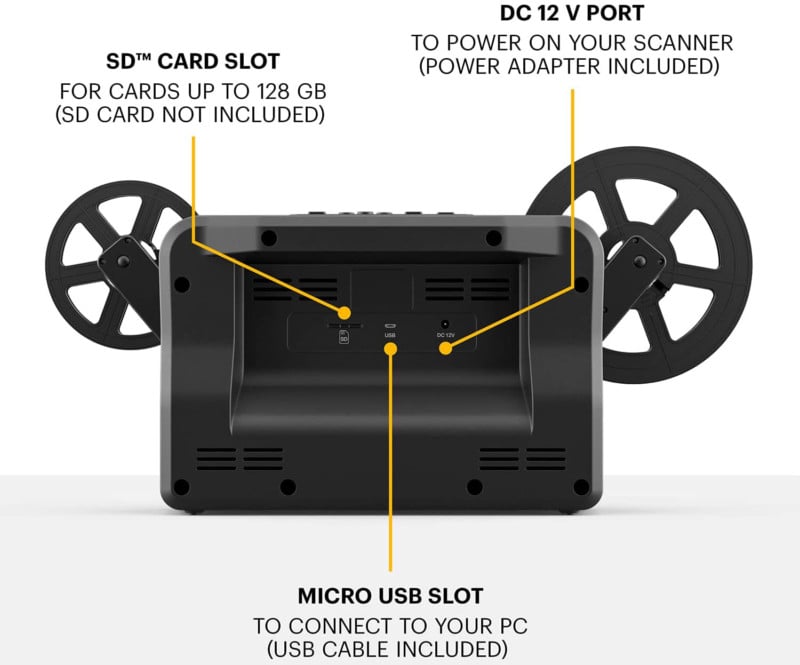 C+A Global touts the Kodak Reelz as ultra-compact as well at 12.4 by 8.4-inches, making it easy to store and travel with.

The Kodak Reelz Film digitizer is available from Amazon for $400.