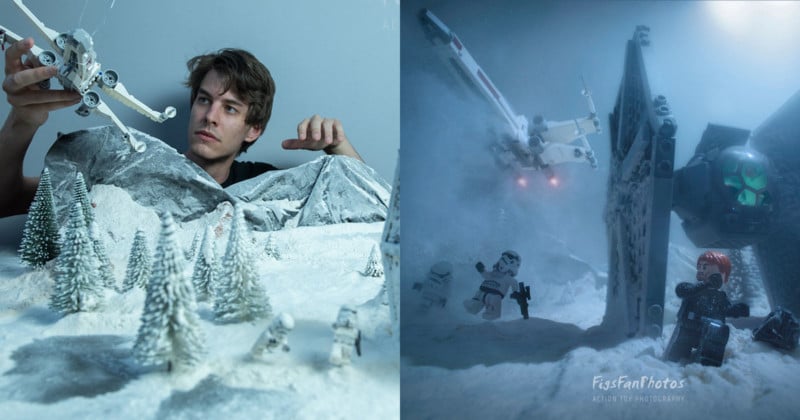 Benedek Lampert is a Hungarian photographer who has attracted a following online for his imaginative small scale photos of toys. His work recently caught the attention of LEGO, which hired him for a special campaign.


Lampert has spent over five years dedicated to the genre of toy photography, and he felt honored last year when LEGO featured one of his works on its Instagram page, which boasts over 7.5 million followers.

But then Lampert received an email out of the blue with an offer to shoot some photos for the brand.

“The email totally surprised me, I have never thought this could be possible,” Lampert says. “My task was to take some photos with the LEGO Star Wars sets. It’s a big step that a big company like LEGO operates with toy photographers.” 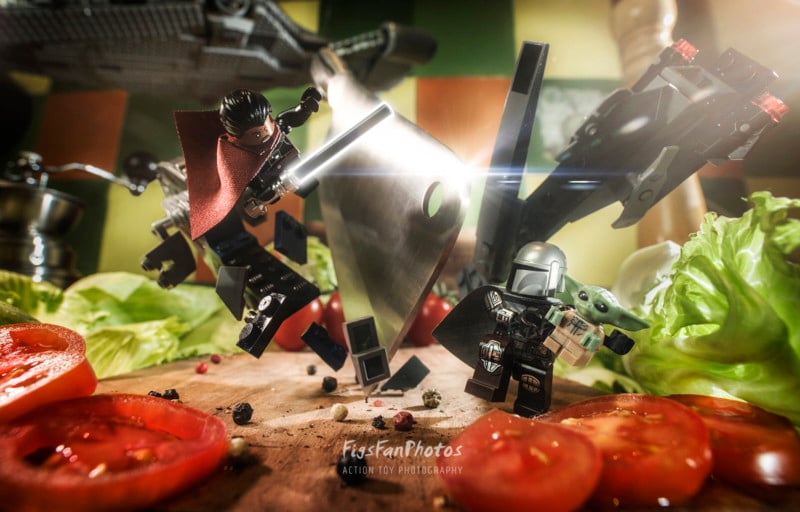 The campaign is titled “This Is How We Play,” and the goal is to inspire LEGO fans of all ages to see beyond the cold plastic bricks and into new worlds with their imaginations.

“The campaign reminds us that LEGO is more than just a building according to the manual,” the photographer says. “It is also a source of creativity and you can use the bricks almost for anything!” 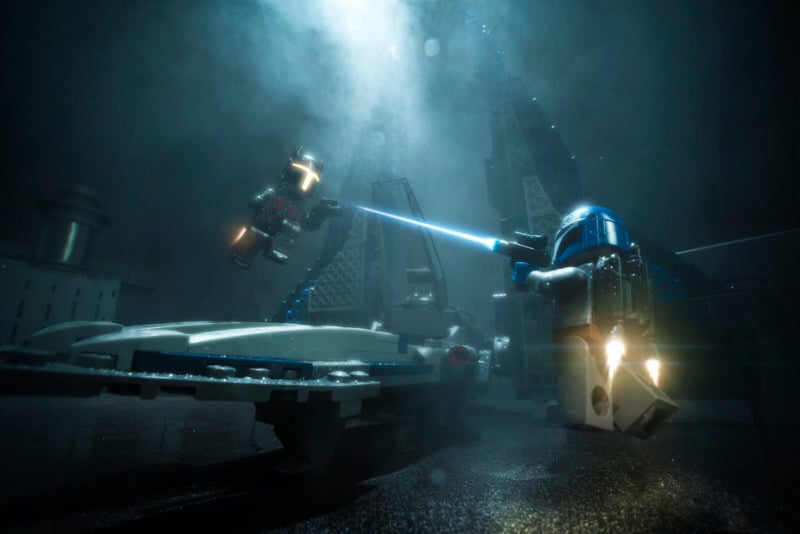 Lampert began playing with LEGO himself when he was a child. After growing up and becoming a photographer, Lampert decided to combine his loves by creating small scenes with LEGO and other toys and shooting cinematic photos of them.

For this campaign, Lampert first came up with ideas by watching Star Wars movies and TV series. Each photo takes about two days to complete. On the first day, Lampert visualizes, sketches, builds, and does test shots.

“After that I analyze the photos on the computer and try some post-processing methods,” Lampert says. “After that, on the next day, I shoot the final picture.” 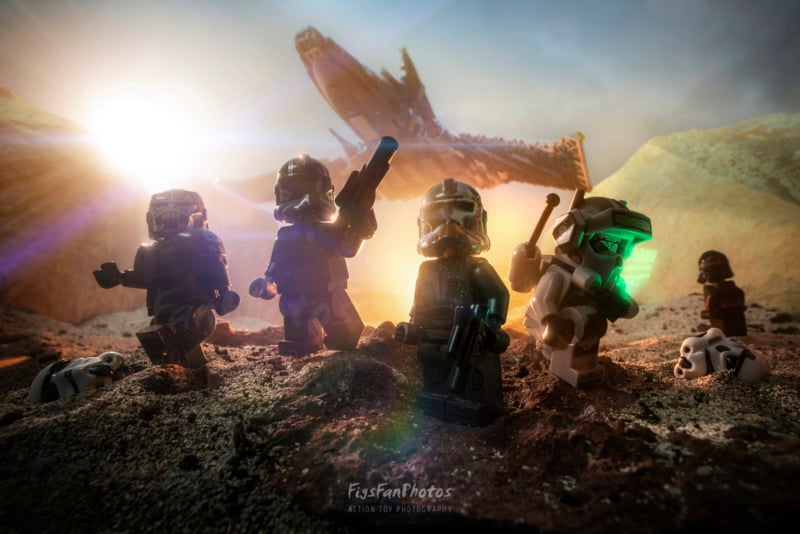 On the camera equipment side of things, Lampert purchased a Laowa 15mm wide-angle macro lens for this campaign.

“I can move the figures very close to the lens so they seem bigger and at the same time the background is still visible,” Lampert says. “Sometimes it was difficult because of the bigger scenery and the massive perspective distortion. After all, the result is a more realistic and dynamic photo series!” 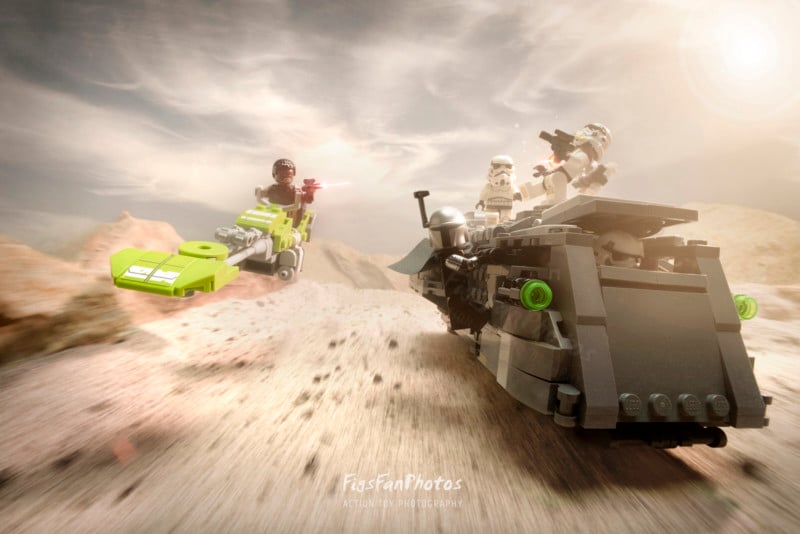 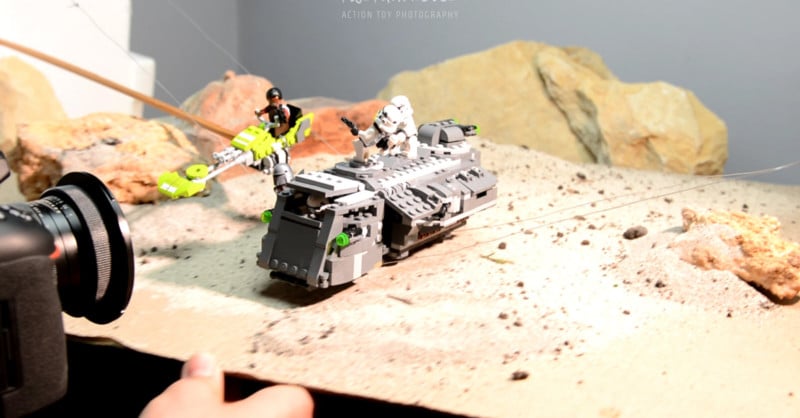 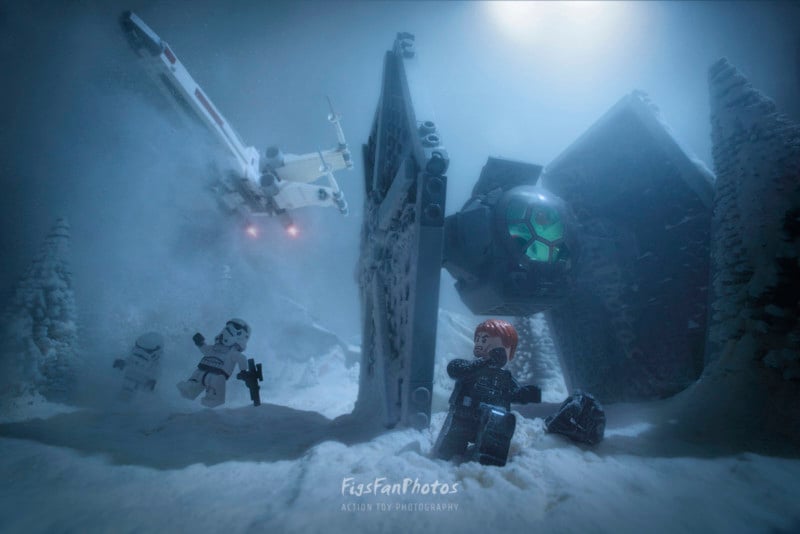 Here are some of the other photos Lampert captured for the LEGO campaign: 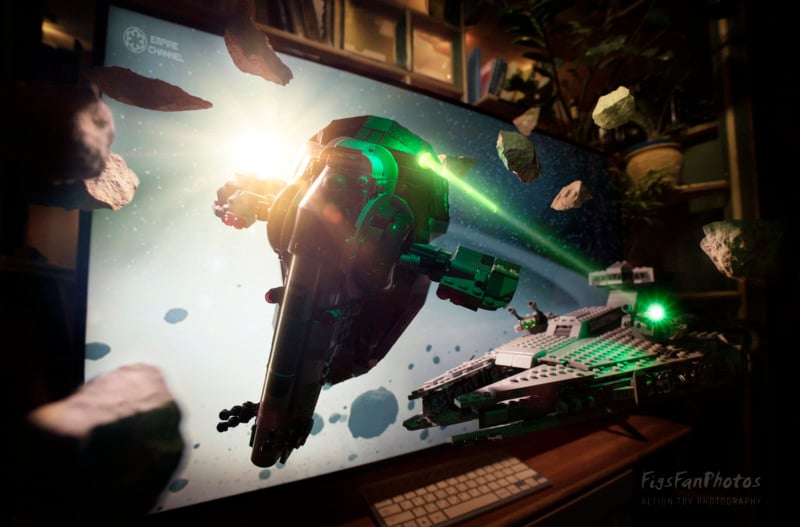 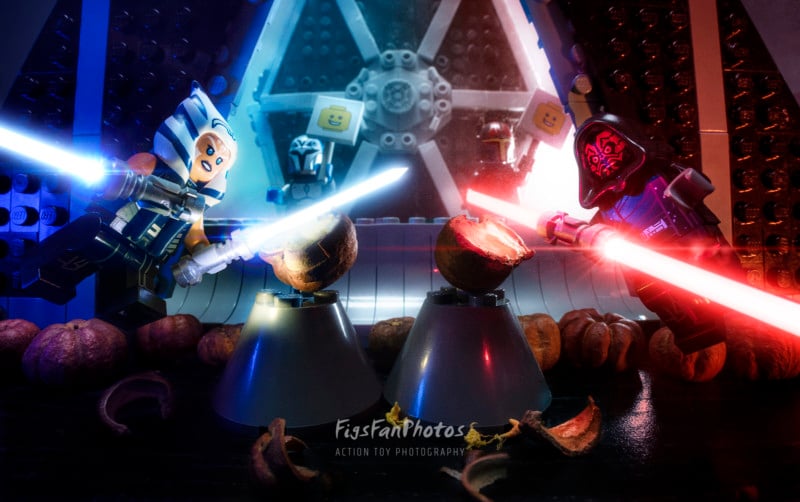 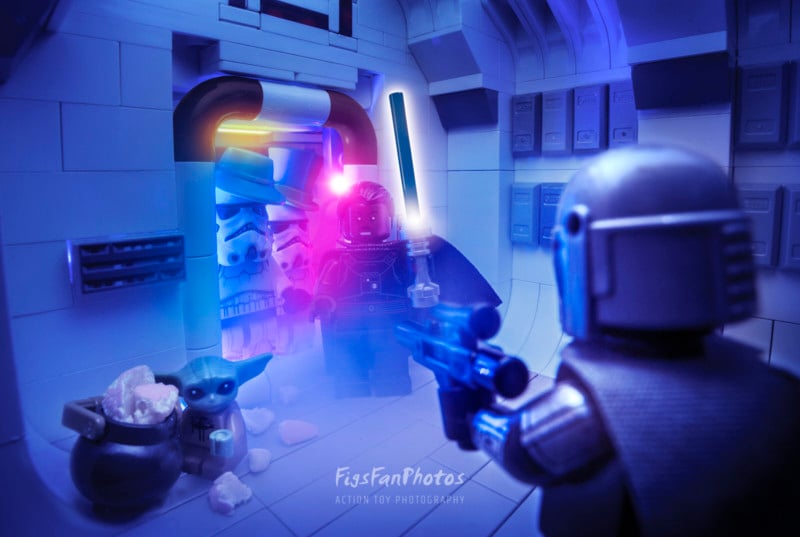 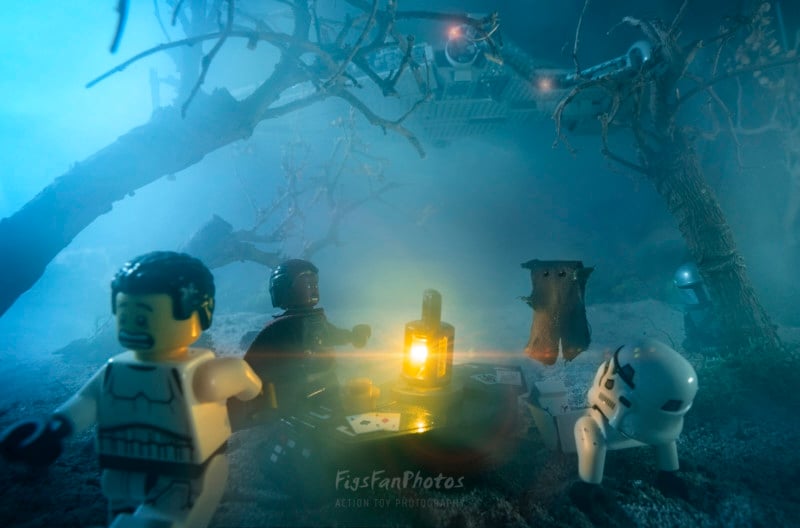 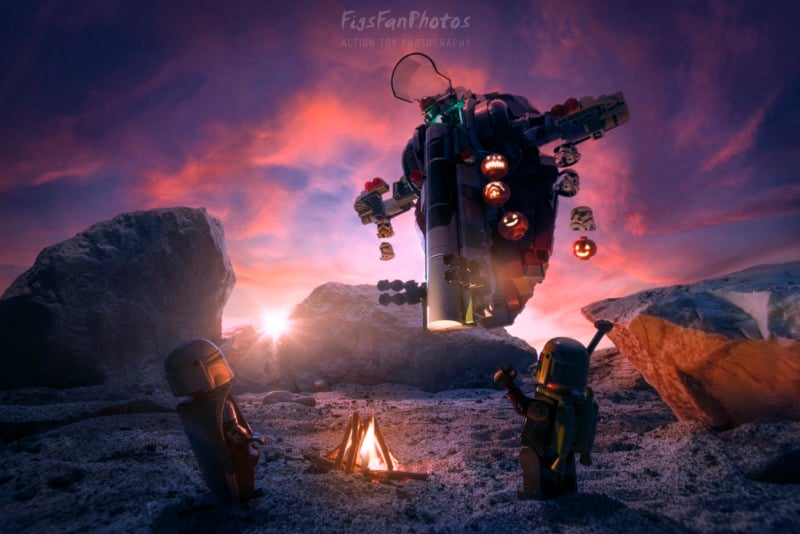 Here’s a 5-minute behind-the-scenes video with a closer look at how some of these photos were set up:

You can find more of Lampert’s work on his Instagram.