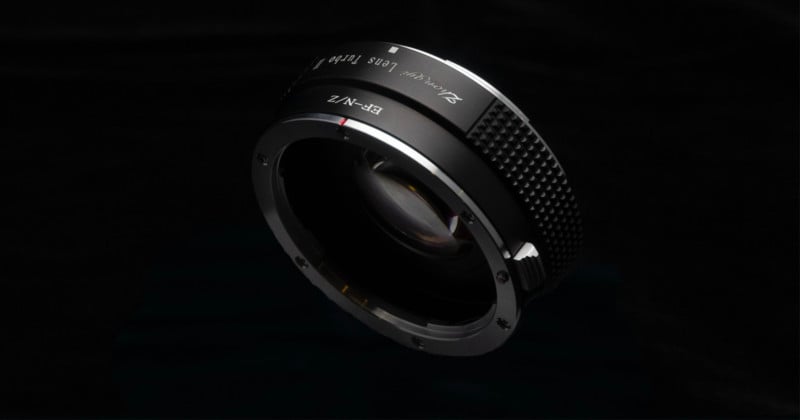 Zhong Yi Optics has announced the Mitakon Turbo Adapter II for Nikon Z-mount, which takes M42, Canon EF, or Nikon F-mount full-frame lenses and adapts them for use on Nikon Z APS-C cameras and widens the angle of view to more closely mimic their focal length on full-frame bodies.

Zhong Yi says that the adapter reduces the focal length of lenses by a factor of 0.726x and adds one stop on the lens’s aperture range on Nikon Z APS-C cameras.

The adapter allows the use of M42 screw-mount, Canon EF, or Nikon F-mount full-frame lenses on Nikon APC-C cameras, such as the Nikon Z50 or Zfc, but contains optical elements that are designed to make the original focal lengths of those lenses operate similarly on the smaller crop sensor. Technically a focal length reducer, it allows camera bodies with smaller sensors to make use of the full image circle of lenses that were originally designed for full-frame sensors. Zhong Yi adds that this also has the added benefit of providing an increase of light gathering ability to the APS-C camera.

Zhong Yi says that the crop factor of Nikon Z APS-C cameras is 1.52x, but the company says that with the Turbo Adapter, this can be almost entirely offset. If, for example, a photographer wants to use a M42, Canon EF, or Nikon F-mount 15mm lens on a Zfc, that lens has a 22.8mm lens equivalent on the body after the crop factor (notwithstanding the adaptation of the mount). When using Zhong Yi’s Turbo Adapter, that angle is reduced to 16.5mm which makes it very similar to the angle of view should the lens have been used on a full-frame body. 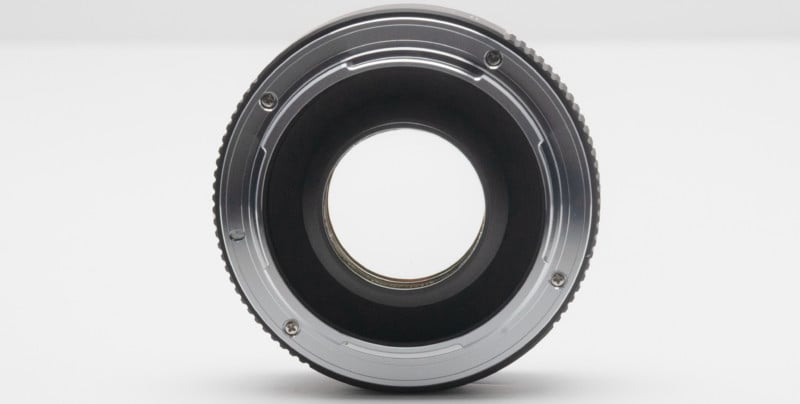 Zhong Yi says that the adapter preserves the image quality of the original lens by using four elements in the adapter including one extra-low dispersion element. The barrel of the adapter is metal and weighs 233 grams. The company says that compared to the other turbo adapters for other mounts, the lens release tab in the Nikon Z version has been improved as well and is more robust. As a note, there are no electronic contacts in the adapter, though it does have an aperture control ring built into the adapter to allow for aperture adjustment.

The Mitakon Lens Turbo Adapter II is available for M42, Canon EF, or Nikon F-mount for $149.