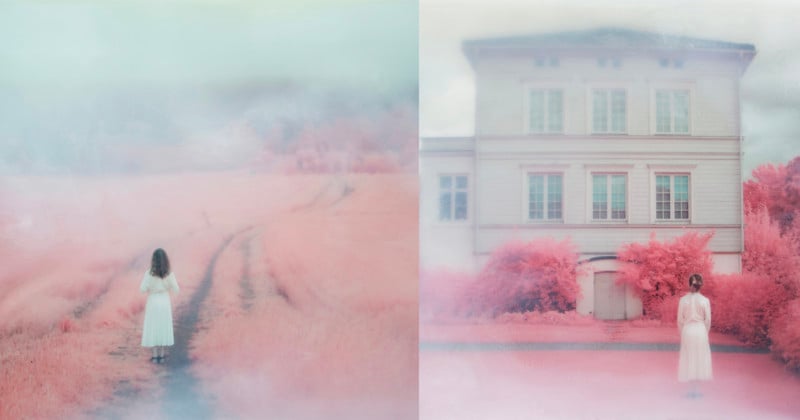 Photographer Maren Klemp’s new series “Hidden Light” is a fine art project that melds infrared, landscape, and portraiture to create scenes that appear as windows to a different world.

Klemp is an Oslo, Norway-based award-winning fine-art photographer. She says that she has been working with a camera since she was 17 and went to art school to pursue it as a career a year later. She has had her work shown in galleries in both the United States and in Europe.

“Hidden Light” is a collection of 14 photographs, all of them captured with an infrared camera. With this project, Klemp says she wanted to explore how the technology of infrared cameras can transform an otherwise boring and uninspiring place into something that appears to be the complete opposite of that. Klemp became interested in infrared a year ago after seeing the work of Richard Mosse, a photographer who captured rebel groups in the Democratic Republic of Congo with infrared film. 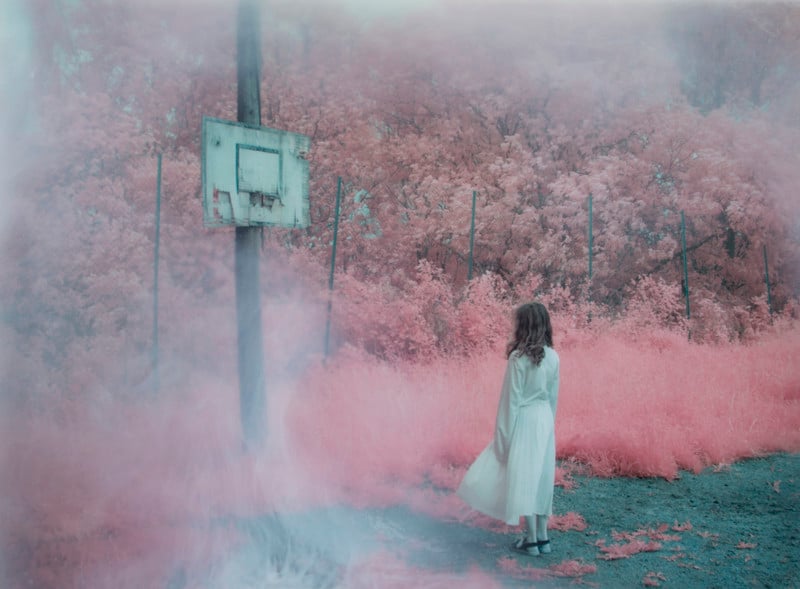 “I had never seen anything like it, and it blew my mind. I spent the winter reading all the information I could find about the process,” she tells PetaPixel. “When spring came around I felt confident enough to invest in an infrared camera. One of the things that reflect infrared light the best is foliage, so I waited impatiently for the leaves, grass, and flowers to bloom. I live in Norway, so that can take a while.” 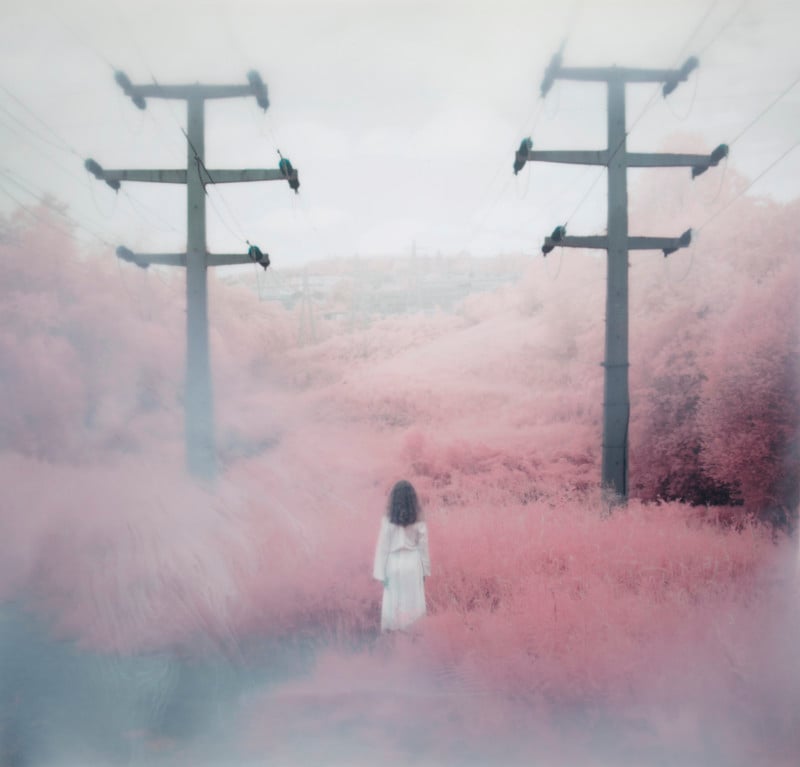 Klemp picked up a used Canon digital camera that had been converted to infrared on Craigslist and found that it worked perfectly for her project. She says that while excited to get to work, the process of shooting with infrared was challenging to learn and as such, she faced many challenges. 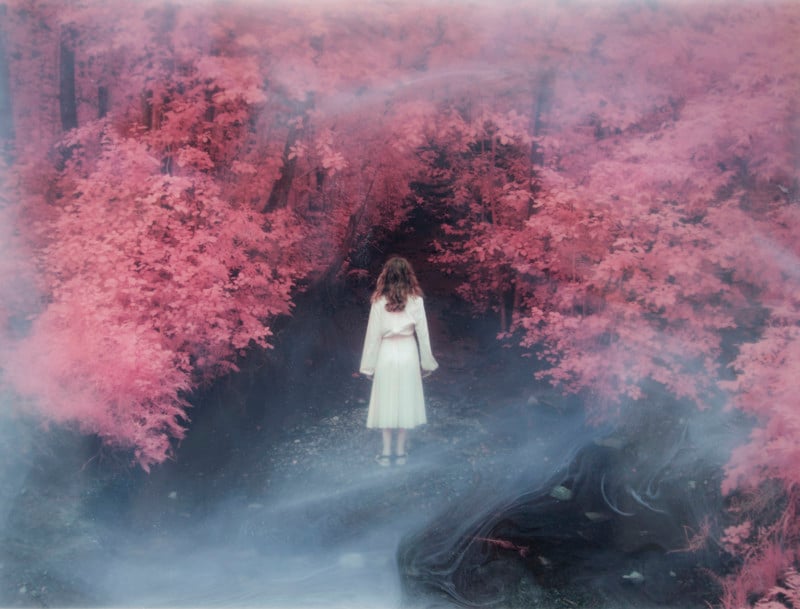 “Things like skin, foliage, fabric, stone, metal, all reflect infrared light differently,” Klemp says. “I always plan my images down to the very little detail, but that is almost impossible with infrared photography. My biggest challenge was the wardrobe. For example, cotton reflects differently than polyester, and if you have dyed your hair, that impacts how the infrared light is being reflected. So many things to consider, and a lot of trial and error.” 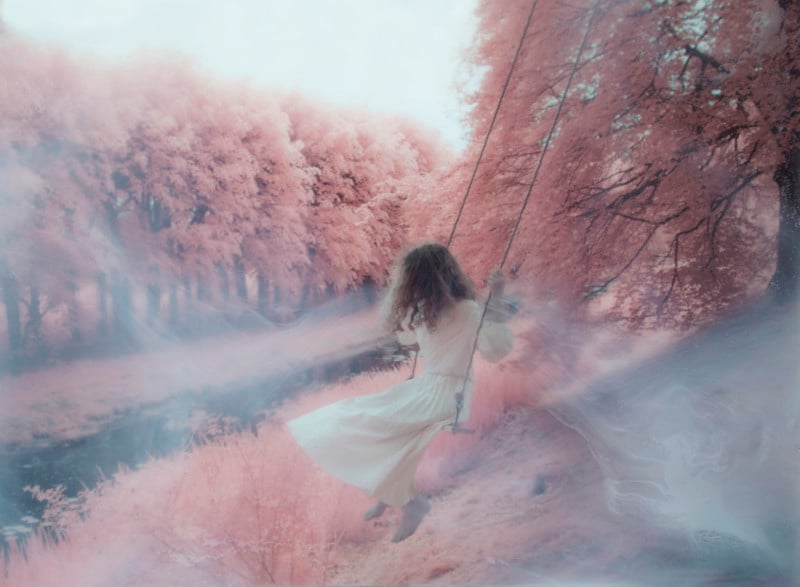 Klemp says that she learned that she needed to shoot on bright days, around noon, to make sure she did not underexpose her images.

“I use Photoshop for post-production, and one of the hardest things to figure out was how to set the white balance. It turns out that Photoshop’s white balance temperature slider does not offer enough range to correctly set the white balance on infrared images,” she explains. “I had to create a custom white balance profile using Adobe DNG Profile Editor and import it into Photoshop. In order to get the colors right, I use the channel mixer and I play around with different color adjustments.”

The foggy effect in the images wasn’t part of the initial capture but also wasn’t added digitally. 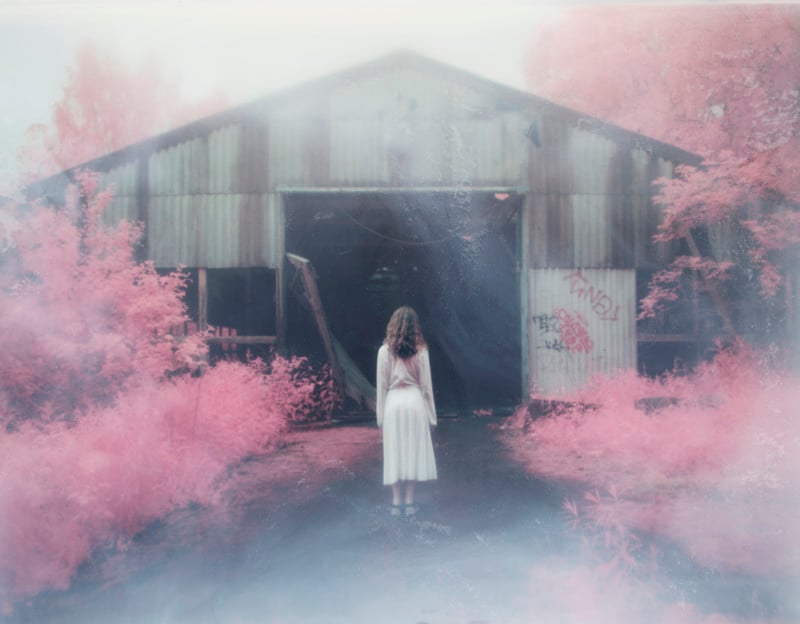 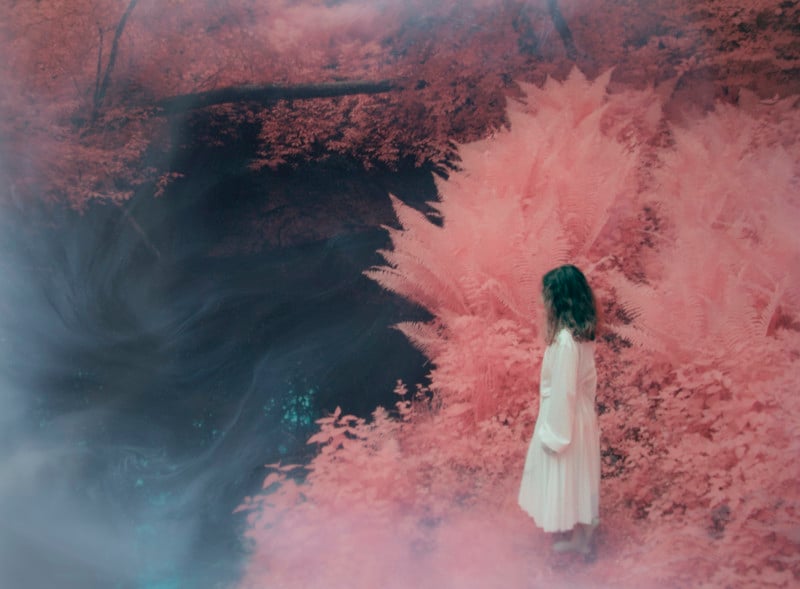 “In order to achieve the foggy effect, I printed the photographs, soaked the prints in a mixture of milk and water, and photographed them again,” Klemp says.

More of Maren Klemp’s work can be seen on her website.

Image credits: All photos by Maren Klemp and used with permission.