The American Museum of Natural History has published a helpful video that explains how the human brain processes color and shines a light on the importance of color accuracy in technology.

Photographers spend a lot of time and money ensuring their images are captured and rendered with the best color accuracy possible. From purchasing and using color checker and white balance cards, buying expensive high-end displays, and investing even more money on calibration software and hardware to ensure everything is as accurate and consistent as possible.

Clearly many photographers go above and beyond for the sake of color, but do many stop to think about what affects how humans process color? The explanation of what is actually happening shines a light on why consistent color accuracy in cameras and display devices is so important.

Spotted by LaughingSquid, The video above by the American Museum of Natural History depicts a beam of sunlight bouncing off a beach ball as a visual aid to explain how reflected light travels to the retina at the back of the human eye, which uses three kinds of color-sensitive “cone photoreceptors” to create the perception of color. That signal is sent to the brain and then passed back to the optic nerve through the visual cortex, creating the image as “originally viewed.” 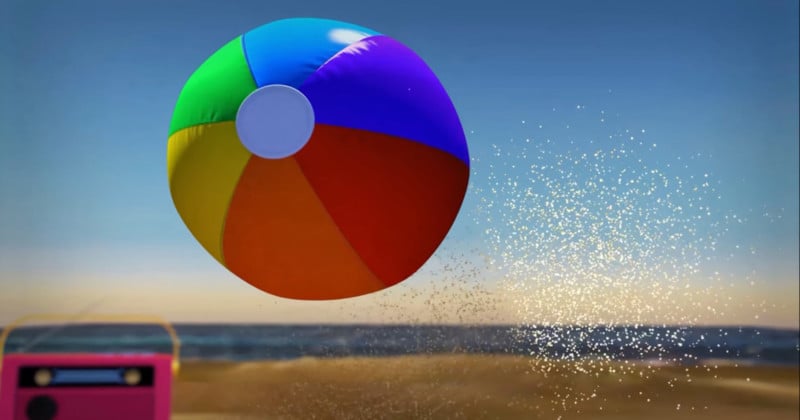 Light, as human eyes and also cameras see it, is a wave that is a part of the electromagnetic spectrum. Only certain parts of it are detectable by the human eye and each wavelength is a different color. Scientists have stated that while sunlight may not seem to have any perceivable color, it, in fact, contains “every color of the rainbow.” 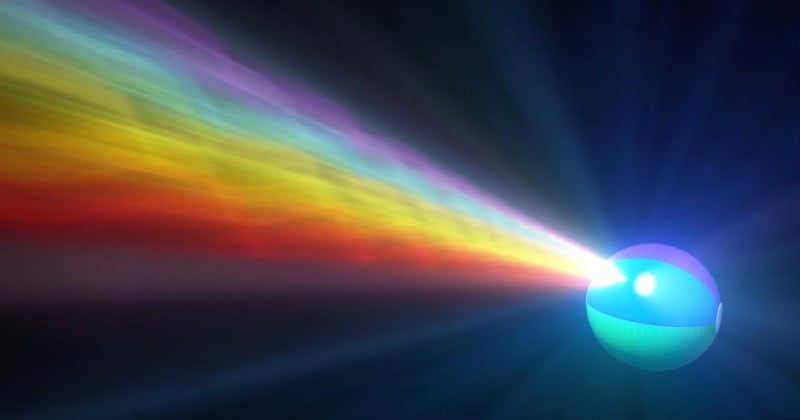 From there, the light travels through the eye to the retina which is covered in millions of light-sensitive cells (rods and cones). When those cells detect light they send signals to the brain with the “cones” detecting colors, with the combined response producing a unique signal for each color. That signal is sent to the brain, traveling down the optic nerve to the visual cortex where the actual image begins to form. Once the brain analyzes the colors and shapes, an actual “conscious perception” is created. 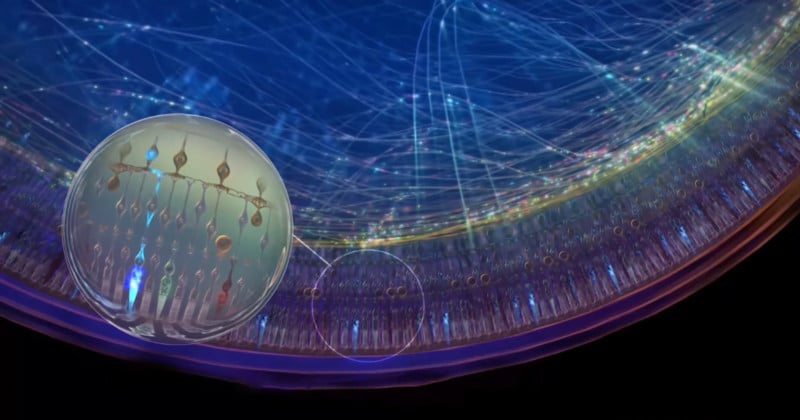 How almost every human perceives colors is slightly different from one to the next and varies based on the number of rods and cones that react (sensitivity) to a particular wavelength — arguably this makes color calibration of devices even more important. While each human perceives color slightly differently, color calibration can at least exist as a baseline of some consistency for photographers who want their work to be presented to a large audience.

For those interested in the topic, it is delved into at greater length as part of the Museum’s The Nature of Color exhibition.