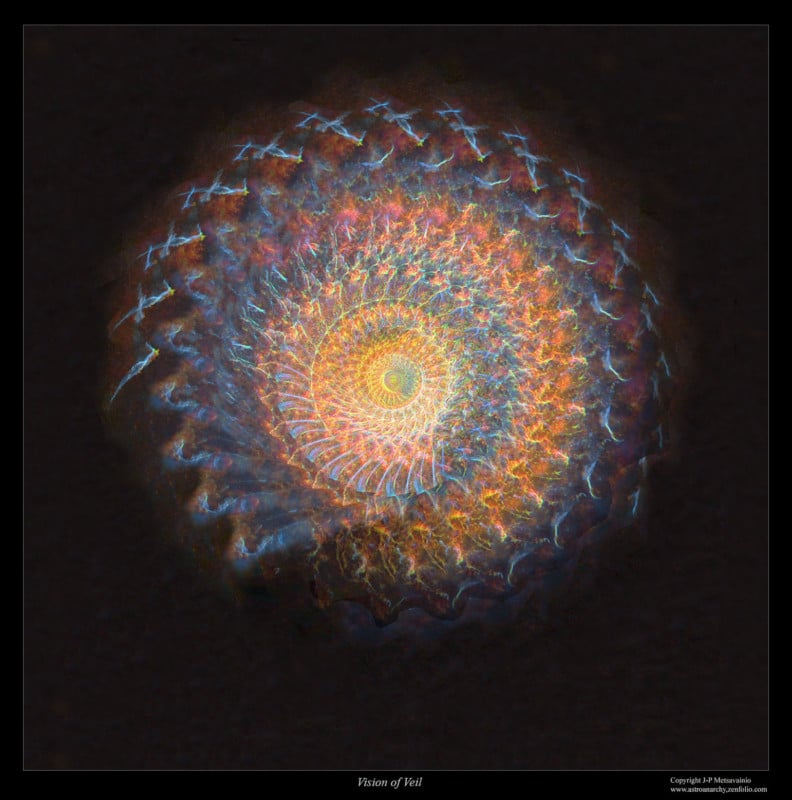 Finnish astrophotographer J-P Metsavainio is known for spending 12 years exposing a gigantic photo of the Milky Way. In addition to his impressive photos, he has also been using them for abstract, kaleidoscopic “Vision” artworks.

“I’m an astrophotographer but first of all I’m a visual artist,” Metsavainio tells PetaPixel. “As an artist, I’m dazzled by all the forms I’m able to capture in my photos of cosmic objects, nebulae, supernova remnants, galaxies, etc. Colors from ionized elements are connected to the shapes and textures and they form a physical reality around us.

“The Vision series of photographic artworks is based on my photographs of cosmic formations. I have used an old photographic art method of multiple exposures over the same photo, or, as I call it, the ‘overlapping lightning method’.”

“[This concept] was fashionable back in the 1920s among experimental and surrealistic photographers, and at the time the work was done in a darkroom,” the photographer says. “I’m using about the same technique but instead of a darkroom, I’m using digital image processing.

The original photo is rotated, moved, and/or mirrored as I like, and then multiple layers stacked back together so that the original brightness is maintained. For this task, I use Photoshop and various astronomical stacking applications.”

“The process is not very fast since I carefully plan the final composition before I do the actual work,” Metsavainio says. “There is lots of trial and error before the correct combination of movements and rotations is found.

Metsavainio says he spends three to five days on average on each of his Vision series images. He has regularly created them over the past decade but has shared very few of them since they have largely been a personal project. 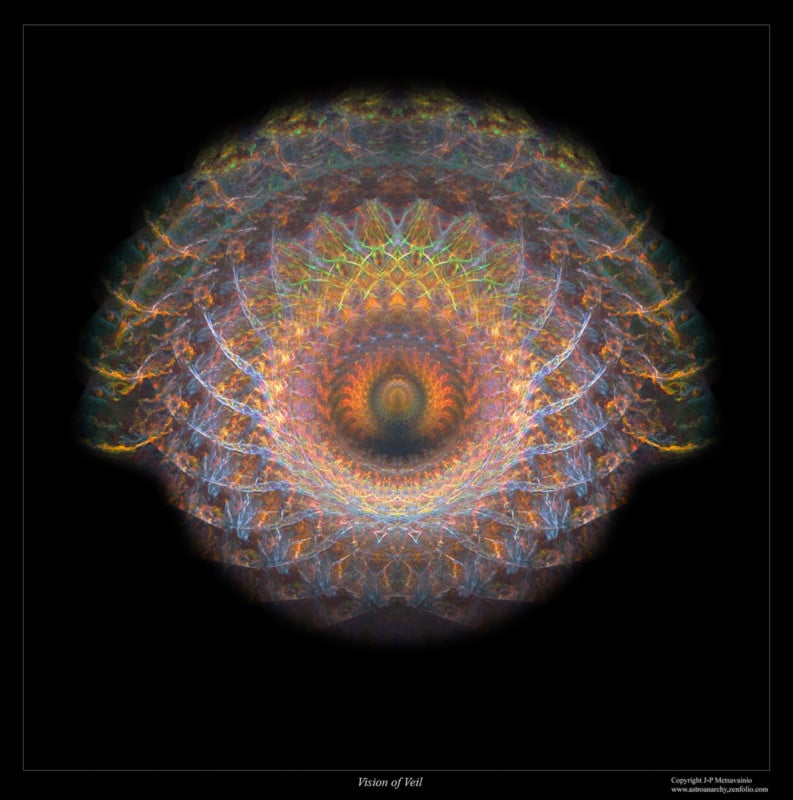 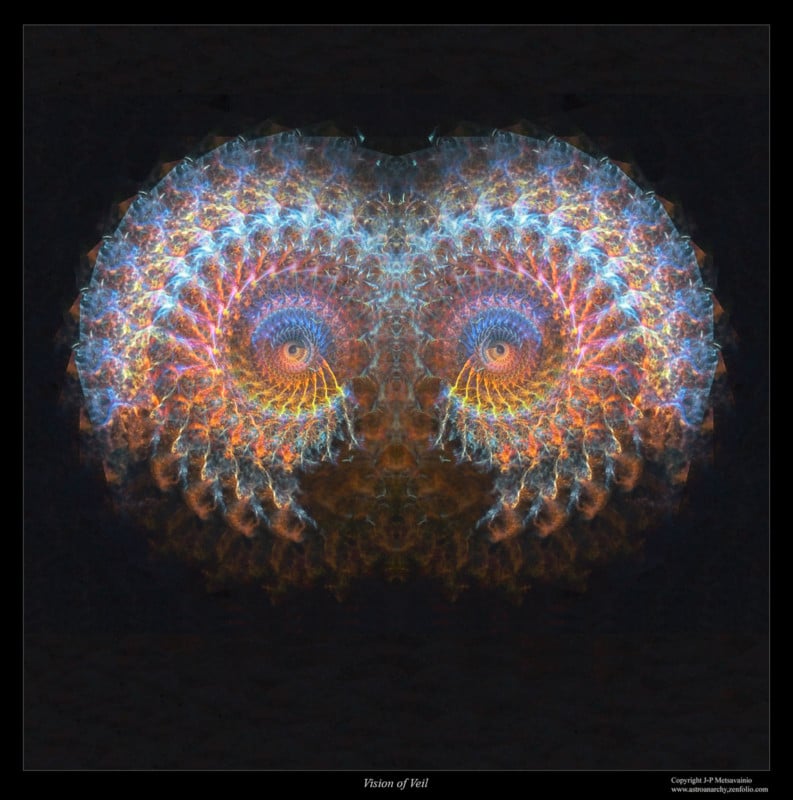 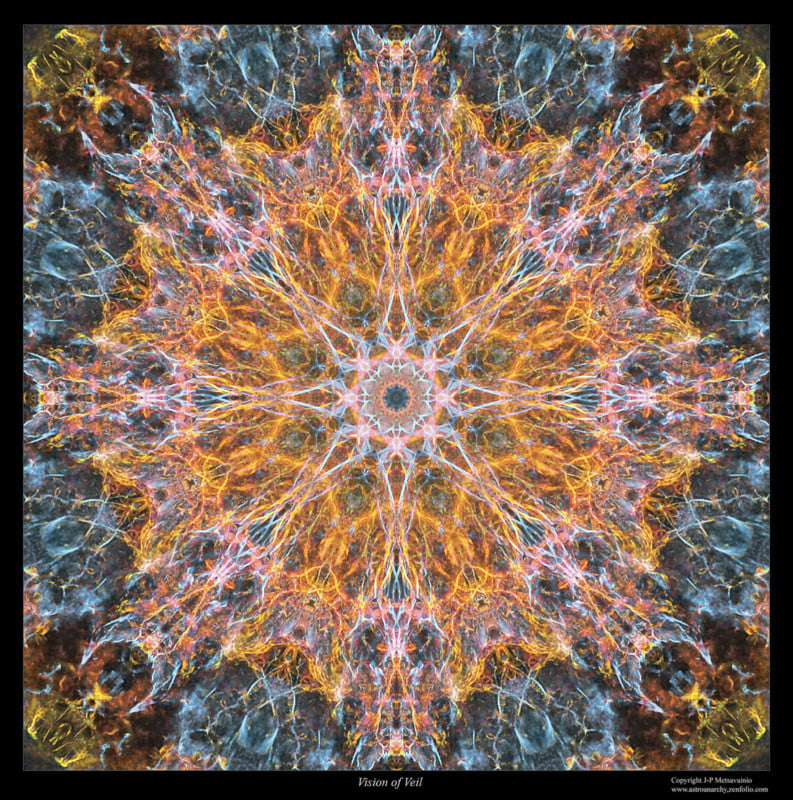 “As an artist, I’m telling a story with my photos, and many times my artworks are also personal notes,” Metsavainio says. “The Vision series of photos are forming visual notes about shapes, structures, textures, and colors I have seen and captured during my couple of decades-long journey as an astronomical nature photographer.”

You can find a larger gallery of Vision art here and more of Metsavainio’s work on his website and portfolio.