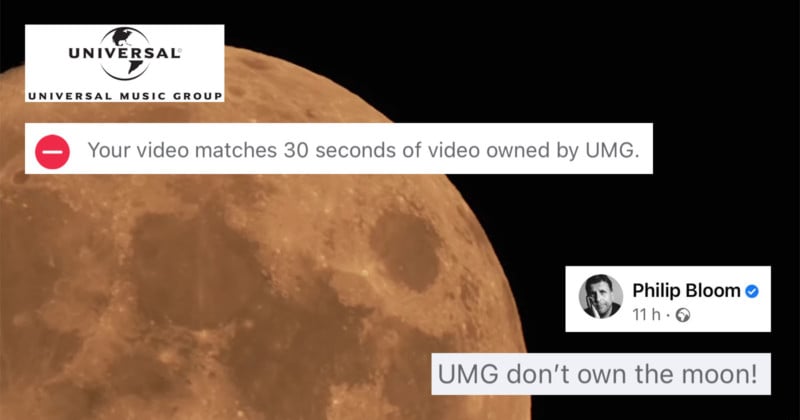 British filmmaker Philip Bloom recently filmed the Moon during sunset Skiathos in Greece. After sharing it on social media, he was surprised when the video was blocked due to a claim by Universal Music Group, which claimed copyright to the generic shots of the Moon.

Soon after the video was uploaded, Bloom was met with a notice stating: “Your video is blocked and can’t be viewed in 249 locations.” 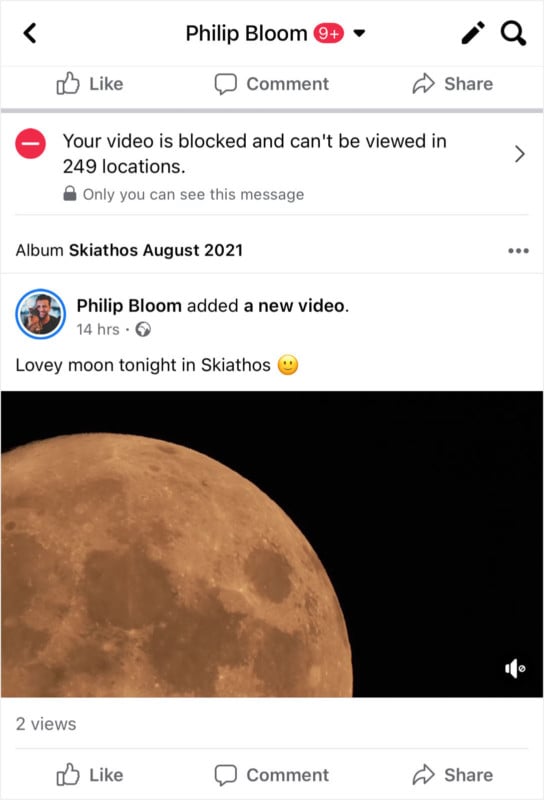 The reason for the block? A copyright infringement claim by Universal Music Group, the global music corporation. The notice informed Bloom that his “video matches 30 seconds of video owned by UMG.” 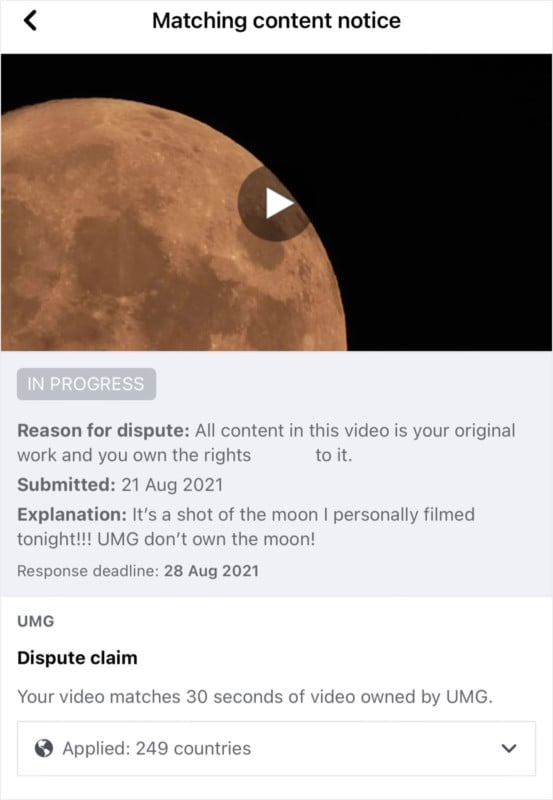 “I uploaded some shots of the moon to Facebook late last year shot with the Canon R5 but it was a 2/3rds moon,” Bloom tells PetaPixel. “It looks like their AI is looking for full moon shots.”

Bloom then filed a dispute against the copyright infringement block, explaining to Facebook: “It’s a shot of the moon I personally filmed tonight!!! UMG doesn’t own the moon!” 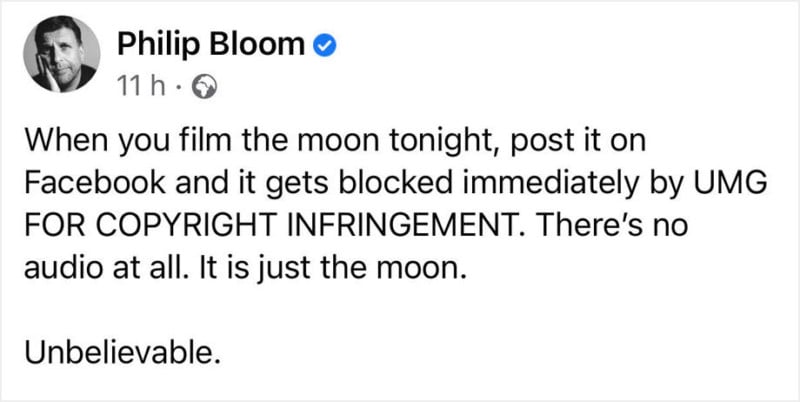 “I appealed, of course, but instead of it being reinstated pending the result of the appeal, it’s offline,” Bloom tells PetaPixel. “They have until the 28th of August to respond so basically they have the ability to block my video for a week and there’s nothing I can do about it.

“It takes seconds to block but a week for them to resolve and I don’t even know if the appeal will be successful. If not there’s nothing I will be able to do as there are no email addresses or phone numbers to contact them about it.”

Bloom says he’s baffled by the fact that a simple shot of the Moon could be flagged for copyright infringement.

“It’s utterly ludicrous, I mean it’s a shot of the moon!” he says. “I hadn’t realized they owned the licensing rights to it. I dare not upload a sunset shot as they’ve probably bought the sun too!

“It doesn’t affect me in any way other than it being annoying and ridiculous, but it does raise questions about the AI being used on Facebook… unless they actually have bought the moon? If so I bet that wasn’t cheap!”

Bloom says that after he shared about what happened on social media, one of his followers shared that the exact same thing happened to them.

PetaPixel has reached out to Universal Music Group for comment and will update this article if/when the company responds.

Update on 8/27/21: Philip Bloom says that after the publication of this story, UMB has released the claims on his video along with several others.

Two hours ago UMG release my video of the moon they had copyright blocked alongside an unknown number of other moon videos. Some from over 3 years ago! Did you suddenly get a notification that your moon video has been released? I wonder how many have been freed? @petapixel pic.twitter.com/jXSzxwifPY 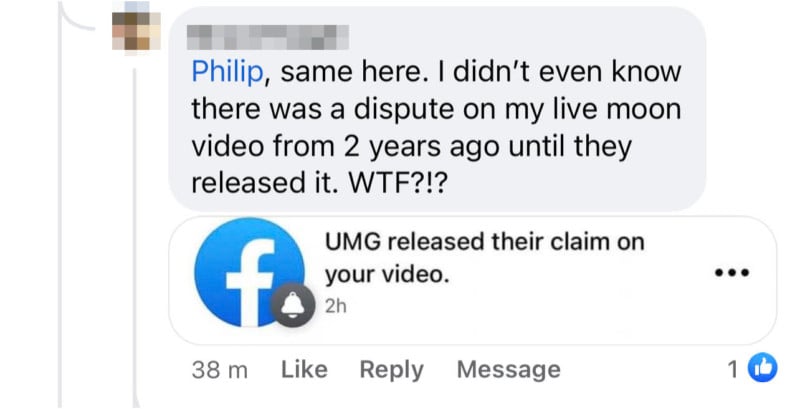 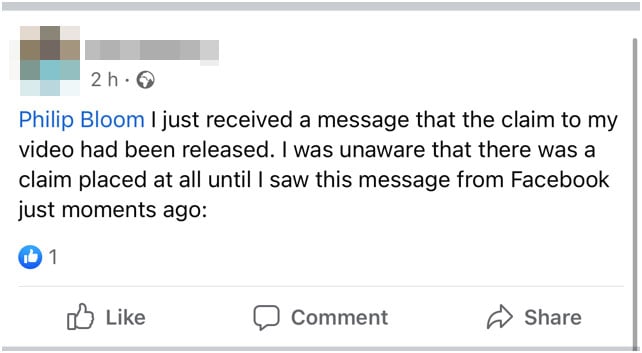