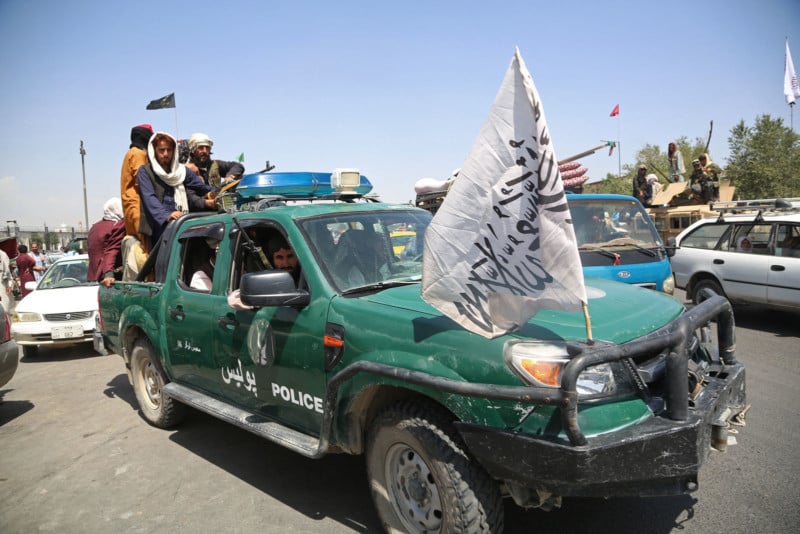 Los Angeles Times photojournalist Marcus Yam was documenting the events in Kabul, Afghanistan, yesterday when he had the crazy experience of being beaten by the Taliban, detained, and then offered an energy drink.


Yam is a “roving Los Angeles Times foreign correspondent and staff photographer” who’s no stranger to danger: he bravely captures stories of tragedy and humanity both in the United States and abroad, putting himself in the middle of everything from conflicts to raging wildfires.

The Los Angeles Times reports that Yam was working to photograph anti-Taliban protests when Taliban fighters appeared and sucker-punched Yam in the side of the head.

Armed Taliban fighters surrounded and disperse the crowd, but not before pushing & shoving and firing a round from their weapons. Chaos ensued. After that, the TB's 'Badri 313' units came to help with crowd control. From what little I could see, nobody was hit or wounded. pic.twitter.com/mCqazstTXP

“At some point I moved to take a picture of a scuffle,” Yam writes in his account of the incident at the Times. “Someone tugged on my camera strap, and I felt the kinetic-energy connection of a fist to the side of my head. A Taliban fighter had sucker-punched me. He was a tall burly man who started screaming in Dari, the local language, pointing at our cameras.”

Two Taliban fighters then proceeded to beat Yam and his journalist companion, and the attack continued despite Yam’s efforts to identify himself as a foreign journalist.

“Please do not hurt us. We’re journalists, we’re foreigners.” Yam told his attacker, who was gripping a Kalashnikov assault rifle. “We’re media. We’re allowed to work.”

The second Taliban attacker, who could speak English, detained the journalists and demanded that Yam delete photos from his camera. When the fighters finally understood that Yam and his companion were protected journalists, their attitudes took a 180-degree turn.

“He apologized profusely for our troubles, but not for beating us,” Yam writes. “They became solicitous: We were each brought a bottle of cold water and a can of Monster Energy drink, a favorite of the U.S. soldiers who controlled the city until a few days ago.

“[The second fighter] asked us: ‘Please, could you tell me who hit you? We will capture him, and punish him.’ I looked at my colleague in disbelief. It was a surreal scene.”

Yam was then permitted to call a driver and leave the scene, which he did quickly.

After swiftly retaking Afghanistan this month, the Taliban has held press conferences in which it has promised everything from greater rights for women, to amnesty for former Afghan soldiers, to freedom of the press. What journalists are seeing and reporting from the ground, however, has often painted a starkly different picture.