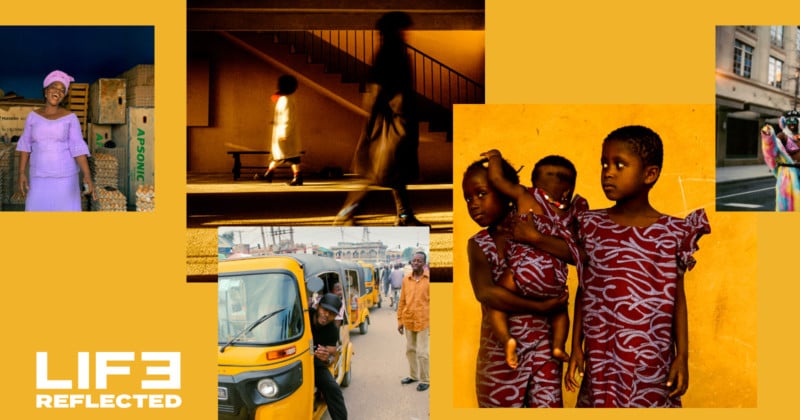 Earlier this year, Adobe partnered with a group of photographers to solicit a series of photos from the global photography community. An analysis shows what Adobe calls “unmistakable commonalities” in the moments that make up everyday lives, regardless of location.

The project, called Life Reflected, was put together to combat the sense that news and media were pushing the idea that there is more differences between people than commonalities. Adobe launched a photo collaboration with New York Times photographer Andre D. Wagner along with Valheria Rocha, Laylah Amatullah Barrayn, and James Anthony in the hope that the submissions would prove otherwise. It asked photographers to submit photos based on a series of one-word themes (such as love, childhood, culture, and joy). Adobe then analyzed each for similarities.

“Our hope was that in these submissions we would find the common threads of our shared humanity that connected us no matter where or who we are,” Lex van den Berghe, a Principal Product Manager at Adobe’s writes. “And that’s exactly what happened.”

The campaign received over 2,000 photos from over 50 countries across six continents.

“We found that our inspiration and growth come from the people around us every day — and notably, from the women in our lives. Women represented the single largest share of subject matter for both #InspirationReflected (37 percent) and #GrowthReflected (52 percent),” van den Berghe says.

Despite the purveying theme of technology in daily life, Adobe found that in the photos that depicted “childhood,” more than two-thirds of showed no technology at all. 88 percent of photos that asked for submissions for “joy” took place outside, and 52 percent of all photos showed people, which Adobe says demonstrates how people are important to one another.

“Above all else, our desire and appreciation for human connection was clear: 52 percent of all photo subjects were people, demonstrating our importance to one another, and 89 percent of the photos showing emotion reflected moments of joy, love, and kindness,” van den Berghe continues.

While some of the percentages were less significant, others — like 100 percent of photos that depicted friendship contained at least one person, with women shown more often then men, and how 68-percent of photos of “home” showed not the walls of a building, but “home in nature — clearly show how people around the world share similar ideas of what visually constitutes certain emotions regardless of location or culture.

A greater breakdown of Adobe’s Life Reflected results can be found on its blog here.