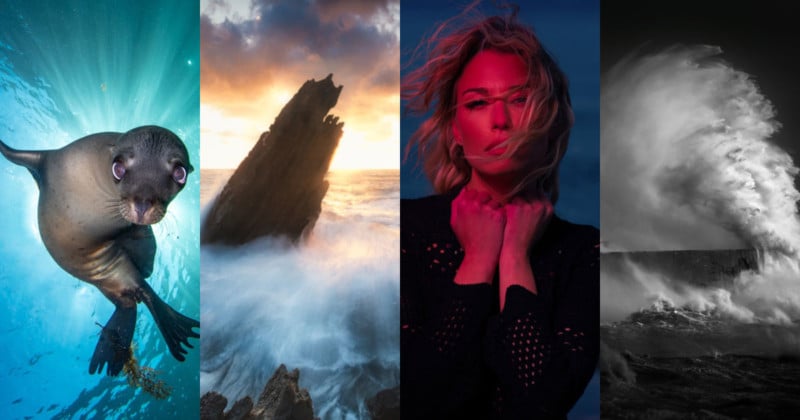 On Instagram, PetaPixel is sharing photos that inspire creativity and show off the incredible talents of our daily readers. Here’s a look at our recent favorite posts and more about the photographers who shared them.

Below, we recognize a selection of talented photographers who recently has their work featured on @PetaPixel. Keep posting your images with #petapixel and you could find yourself here next week. 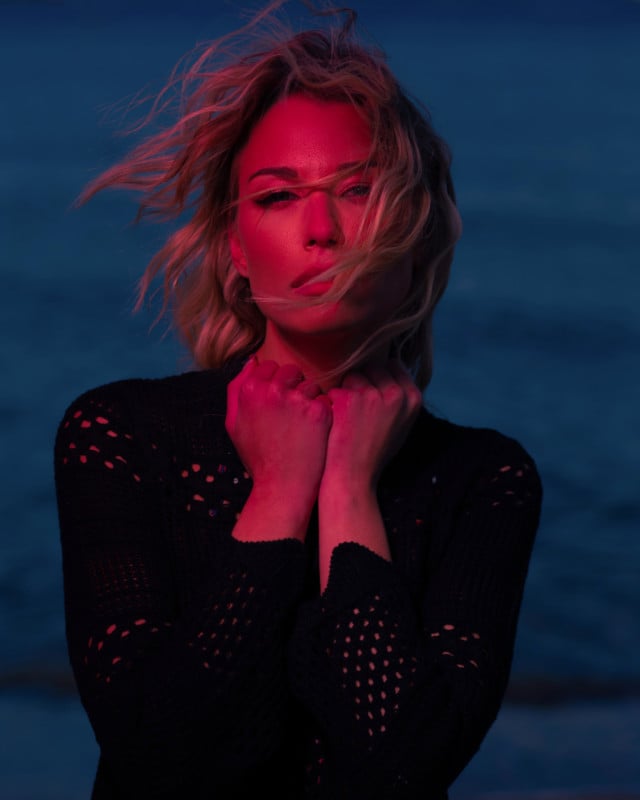 Filip Soukup, @fisouku on Instagram, is a Prague-based photographer and video maker that focuses his work on shooting streetwear fashion. Soukop tells PetaPixelthat he favors using color contrast in his photography, and as you can see the pay off is striking images that catch attention. According to Soukop, this photo shoot was commissioned by Bibloo and taken on a beach in Omiš, Croatia. This photo titled “Raging Ocean” comes from landscape and seascape photographer Liliana Soares, also known as @lily.loves.photography on Instagram. “This picture represents in a magnificent way everything I love in landscape photography,” Soares tells PetaPixel. “A connection with the ocean, the origins, a warmth felt by the setting sun, a peaceful solitude created between us and our camera and excitement to capture the perfect water movement while trying to run from the raging ocean waves!” 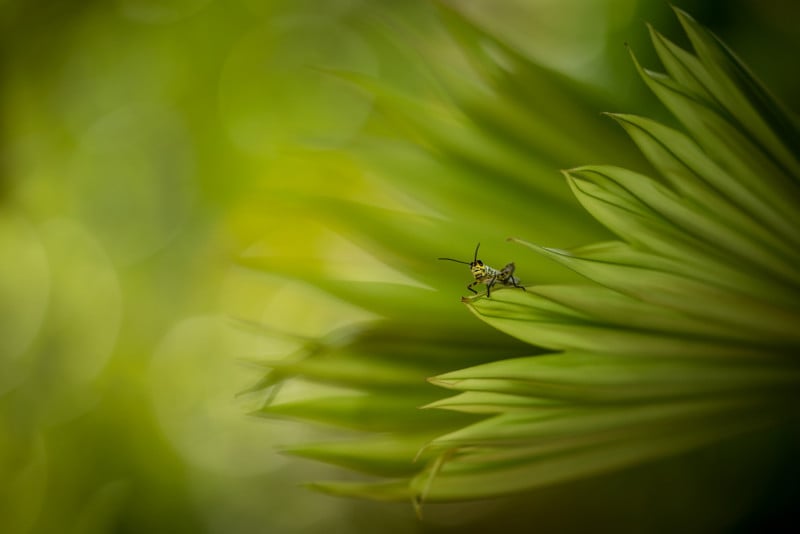 Greg Basco, @gregbascophotography on Instagram, is someone I’ve personally followed for a long time. For much of that time, Basco was mostly flying under the business name of Deep Green Photography for those that may also be familiar with his work including flash-lit nature photography, YouTube channel, and e-books. Recently, Basco released his new e-book, “Flash for the Nature Photographer.” Robin Procter, @redrobinpix on Instagram, tells PetaPixel that they are a 74-year-old “retired-but-hardwired” professional art director and now an amateur wildlife and surf photographer. Procter’s method of capturing wildlife subjects is to go out, experience nature, and let the animals come in as they please.

“I don’t seek wildlife species to photograph but go out to wild places and let it be what it will be by taking time and being calm and never imposing on the subjects,” Procter said. Likewise, a gentle approach is used in post-processing with just basic edits to a RAW file without brushes or masks used. Arthur Ward can be found on Instagram as @arthurimages and is a master of the “sportrait.” Ward tells PetaPixel, “The content I create today is a unique blend of my knowledge of sports, technical expertise, and industry experience along with my love for athletes and their stories.” Noel Bodle, or @noeljbodle on Instagram, shot this epic black-and-white photo of a wave crashing at the Newhaven Lighthouse in England. Bodle said he has been working in the photo industry since the days of the darkroom but has rekindled his love with digital photography and shooting “dramatic black-and-white images of the British landscape.” 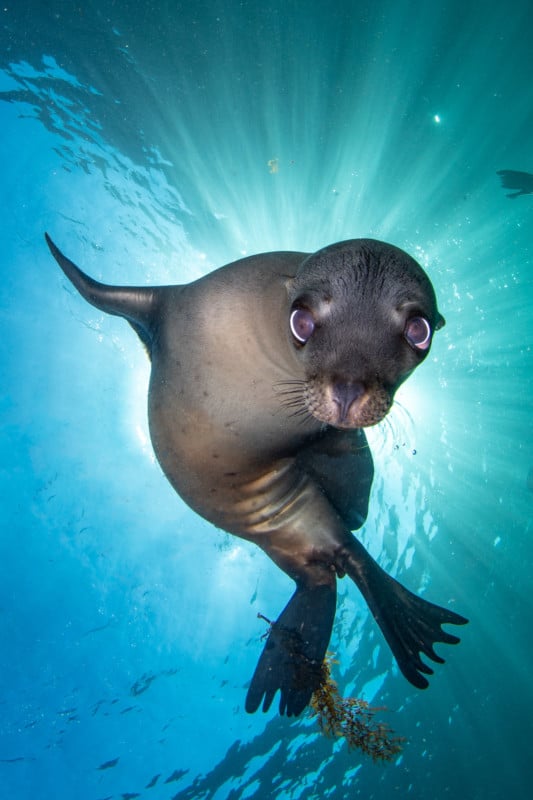 This image of a California sea lion pup titled “Dancing in the Sunlight” comes from Celia Kujala, or @celiakujala on Instagram, and was photographed while scuba diving in the Coronado Islands. Kujala said that the photo is part of her Seal Peace project about pinnipeds around the world and that through photography she hopes “to engender an appreciation for each individual species as well as their diverse environments.” 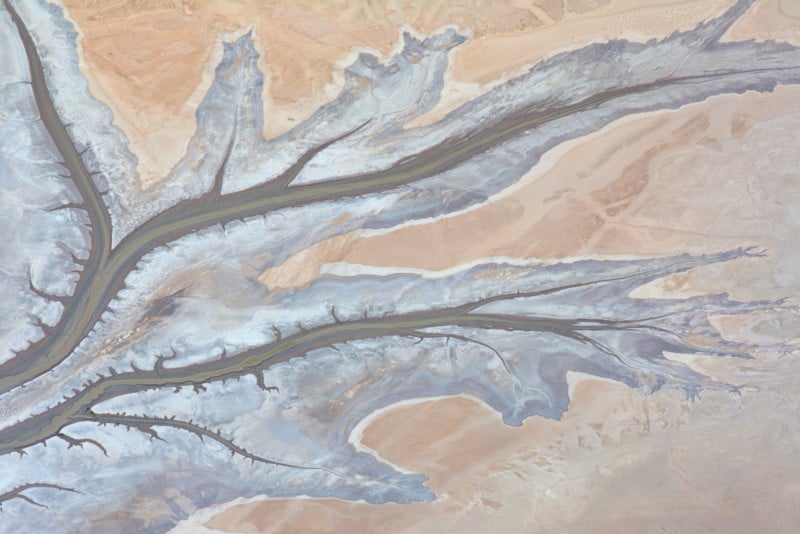 Full-time Tasmania-based photographer Paul Hoelen can be found on Instagram as @paulhoelen. Hoelen tells PetaPixel that he “has more than a slight obsession with interpreting the world with his camera from an aerial perspective” and that this photo, in particular, was taken “from a chopper in the remote West Kimberley region of Australia.“ It’s of a drying coastal river tributary, which according to Hoelen was “covered with an 11-meter rush of ocean tide” just hours later.