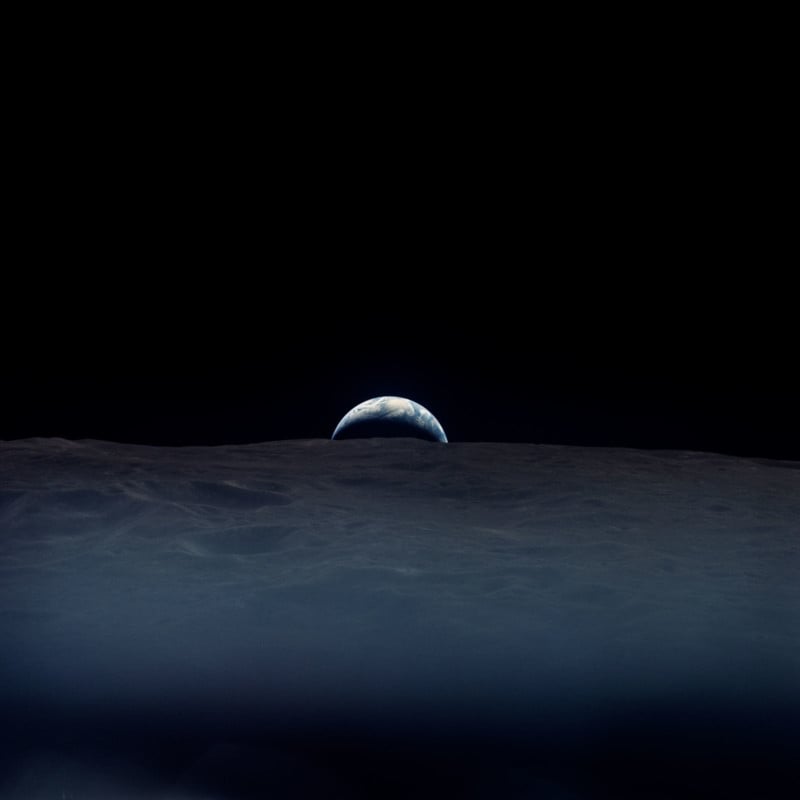 Toby Ord was disappointed at the selection of Earth photos available compared to views we have of other planets, so he decided to try his own hand at restoring older Apollo astronaut photos of Earth to reveal more of our planet’s beauty.

It all started when Ord, an Oxford research fellow in philosophy, was struck by the beauty of Saturn photos captured by NASA’s Cassini spacecraft but couldn’t find comparable photographs of Earth.

“It wasn’t that Earth itself was any less beautiful, but that there were no photographs which did justice to that beauty,” Ord writes. “How could this be?”

He discovered that most Earth photos are either taken too close (e.g. from the ISS in low Earth orbit), or with unrealistic computer-aid compositing, or with the wrong cameras (by spacecraft on scientific rather than photographic missions).

The compositions Ord did like were the photographs shot by NASA astronauts on Apollo missions to the Moon.

“To find truly great photographs of the Earth — portraits of our planet — we have to go back to the 1960s and 70s,” Ord says. “The Apollo program, with its nine journeys to the Moon, is the only time humans have ever been beyond low Earth orbit; the only opportunity they have had to take photographs of the whole Earth. They did not waste it.”

Those astronauts were equipped by NASA with high-end camera equipment, including Hasselblad cameras, Zeiss lenses, and 70mm Kodak Ektachrome film.

Read also: There are 12 Hasselblad Cameras on the Surface of the Moon

Unfortunately, the Apollo photos found in NASA’s archives aren’t up to par with the technical quality of modern digital photography.

“Each available image was marred by low resolution, bad image compression, blown-out highlights, or washed out colors,” Ord writes. “These were the defining photographs of our time, the best representations of our fragile Earth — but they were neglected; mistreated.”

Upon learning that many raw film scans are available to the public online, Ord decided to try his own hand at remastering the photos.

“To my lasting surprise, the preliminary adjustments for levels and white balance saw it come to life — already surpassing the reproduction used on Wikipedia,” he says.

Ord has since scoured over 18,000 Apollo photos of Earth to find every good shot of the whole planet. And over “many long evenings,” he has painstakingly worked to create new digitally restored versions for the world’s eyes.

The goal was to be true to Earth and the original photos, and Ord did edits that included removing dust/scratches, removing crosshairs, adjusting black points, adjusting contrast, and setting white balance (based on clouds or ice).

“I decided my role wasn’t to create startling new interpretations of the images—to make my own mark—but to be relatively conservative and stay as true as I could to what the scene would have looked like, and what the photographer was trying to capture,” Ord tells My Modern Met.

“While I’m very pleased with how these restorations turned out, they are not the last word; not the definitive images,” Ord writes. “There are also many people who could do a better job of the restoration. I’m a passionate amateur and was proud to be able to play a part, but there are professionals whose technical skills and judgment far surpass my own. […]

“Finally, and most importantly, new photographs will be taken. Since I began this project, a new mission to the Moon has been confirmed, planned for 2024. The photography of the Artemis program should rival — or even surpass — that of the Apollo program. I can’t wait.”

You can find a larger selection of Ord’s remastered Apollo photos on his website.

The Art of Selling Art: A Contemplative Approach