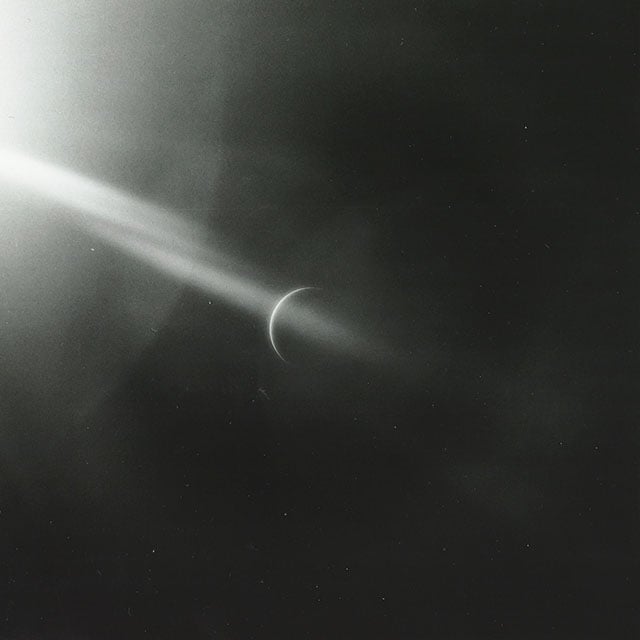 Apollo 15 was the 4th NASA mission to land astronauts on the moon. On the way home in early August 1971, Command Module Pilot Alfred Worden picked up a Hasselblad camera on board and captured this amazing shot of the crescent Earth, illuminated by sunlight from the side and basked in the beam of a lens flare.