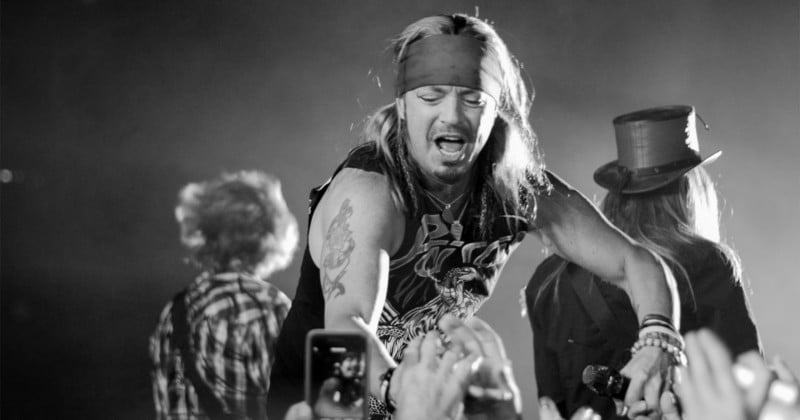 I’m often told that being a professional concert photographer is the coolest job in the world. In order to dispel some myths surrounding what I do and also support others who want to get into the profession, I’m going to peel back the curtain of the entire process from preparation to editing.

Concert photography is a very cool genre to be involved in. I get to see hundreds of bands play live every year while hanging out in the photo pit all evening. Right?

That would be pretty fun if only that were the reality of the job. It is notoriously difficult to get approved for photo credentials, and that difficulty only increases as the popularity of the artist rises.

This difficulty scale means a month or more of sending emails to outlets, editors, publicity people, and tour managers, any of whom can pull the plug and kill your coverage at any time. 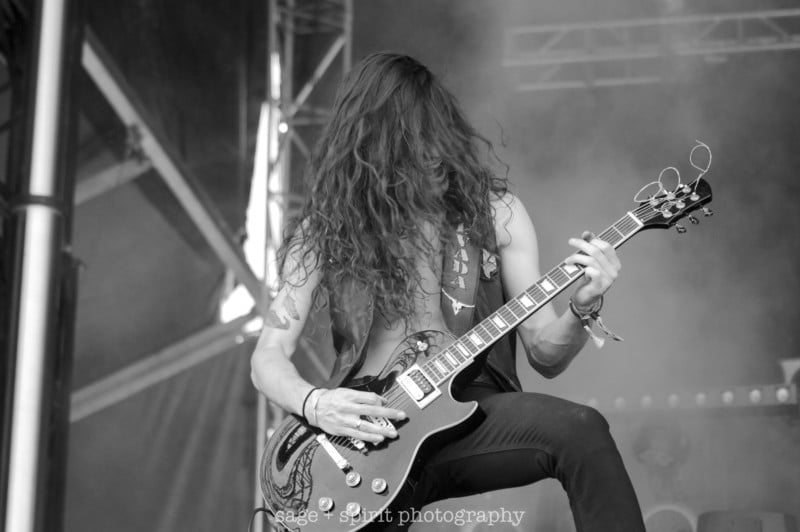 The first order of business is to find a concert. Depending on your availability and budget, this might be a local show or anywhere in the world. For example, I’ve traveled to several locations — such as Grand Cayman — to cover shows.

Finding a concert, while not exactly difficult, does require a lot of time sorting through databases of events. Expect to sift through concert listing sites, music sites, news sites, and anywhere else that lists upcoming or canceled shows. For myself, I built a spreadsheet of concerts, dates, locations, and other pertinent information that I use to help keep straight the hundreds of possible shows I’m interested in. Building and maintaining this list can take place up to a year before the concert: my database currently lists shows reaching all the way into 2022. 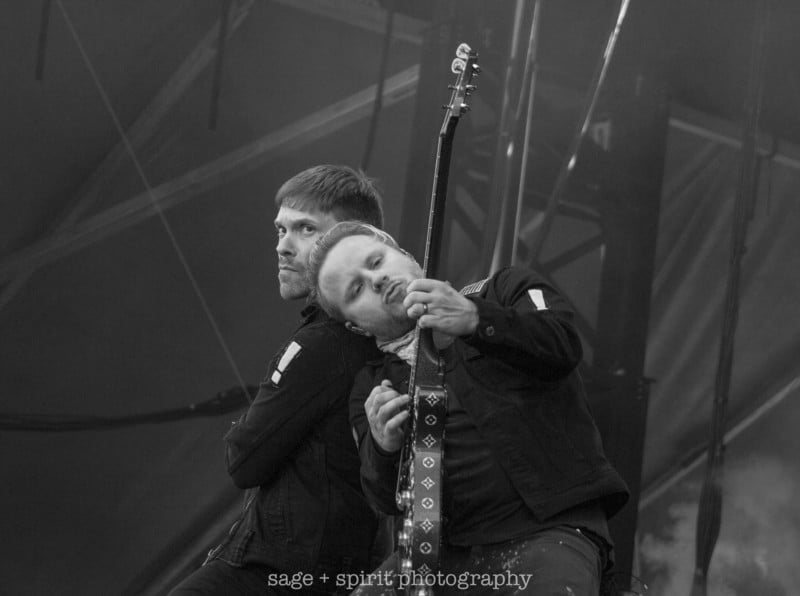 Now that you’ve done the fun part of seeing who is playing where and when, the tedious and boring work really begins. Unless you shoot for a wire or a major music outlet, the only way you’re going to get into show locations with a press pass will be to reach out to photo editors to pitch your coverage of the event for them.

I’m lucky: I have a go-to outlet and an editor that almost never turns down my pitch. For most people, getting access means finding outlets that might be interested, determining who the photo editor is and how to contact them, and then sending out email pitches. This isn’t easy, and it’s even a bit more complicated than it might seem on the surface. The Source doesn’t want coverage of Sepultura and Metal Hammer doesn’t want your shots of Travis Scott. You have to determine who might want coverage of an event and pitch accordingly, and getting this right is one of the most critical steps of the process.

Even once you have found an outlet and the editor, you still need to sell yourself. You need to answer this question: “Why should they trust that you are going to fulfill your obligation of getting them the results that they want?” Make sure to highlight what about your background, your experience, your portfolio, and your previously published works makes you a fit. All that information needs to be in your pitch. 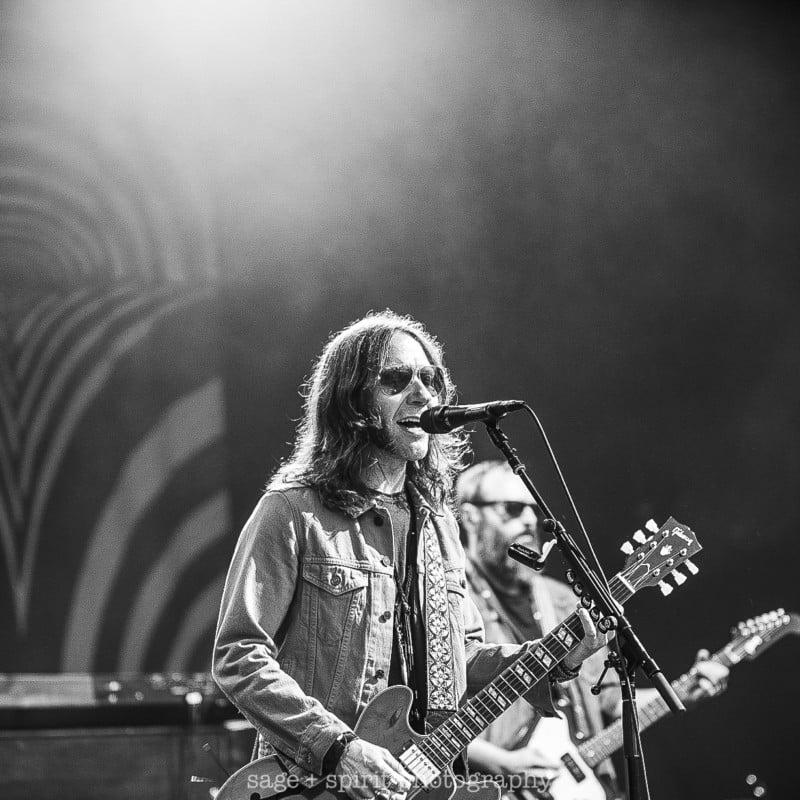 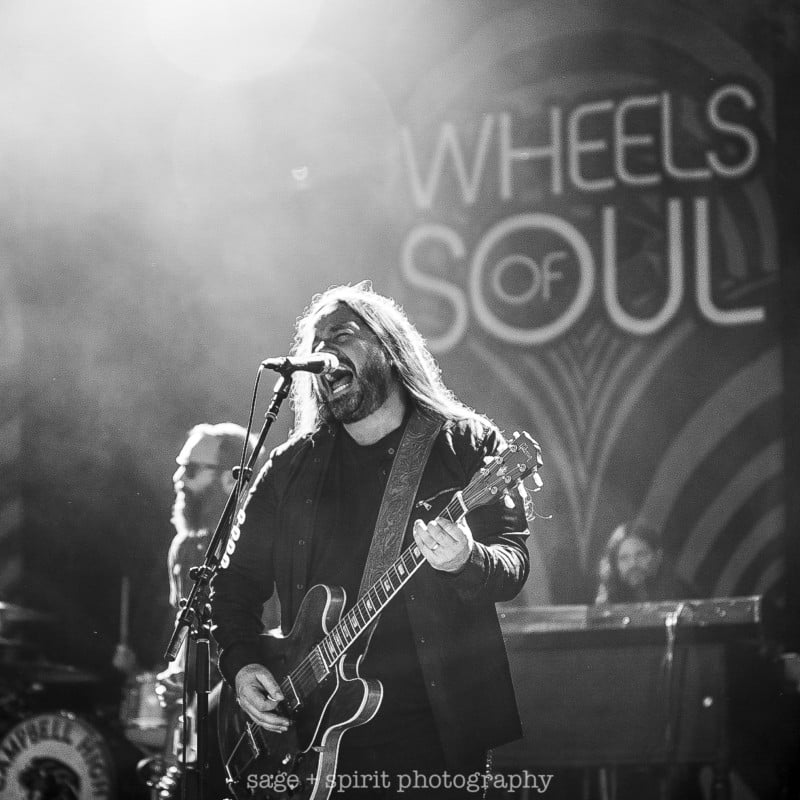 Once you manage to convince an editor that you can do the job, you then have to convince the keeper of the credentials. This person varies from artist to artist and can be a public relations person, a tour manager, the venue’s media person, or someone in the band.

This part of the process is difficult and in my experience never gets easier: after ten-plus years of shooting concerts, I still do this on a daily basis.

I will search artist websites for contact info. I’ll search for an artist’s publicist. I’ll even reach out on social media if that is my only option. Sometimes my best source is my colleagues in the field — I’m not above asking other photographers if they have a contact person.

We all do it and we all share if we can.

Now that you have a contact person, you start the pitch all over again but this time make sure to mention that you have an outlet willing to publish your images. Remember: there are only a limited number of photo credentials for each show, so you need to focus on selling yourself and the outlet.

Ask yourself, “How am I going to get the artist into the spotlight?” Be creative: offer to do a concert preview or offer to share your images on Instagram or other platforms. The more exposure you can generate, the better. 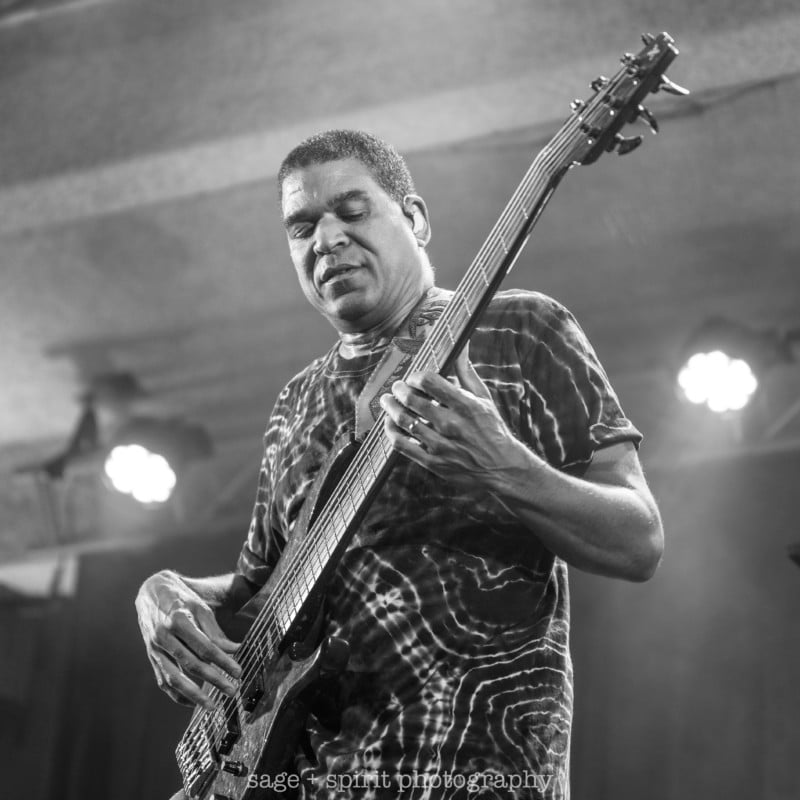 Once I get approved to shoot a concert, I start the preparation. For the sake of brevity, I’m going to skip over the entire photo release issue as releases vary too much and each photographer and outlet has their own ideas about what they will sign and what they won’t.

Shooting a concert involves more than just showing up. While certainly not as intensive as fashion shoots, there is some prep that will get you better results.

The first thing I do is watch as many videos of shows from the tour that I’ll be covering as I can. I am trying to answer a few questions in my mind in preparation for the event:

What is the lighting like for the first three songs (that’s all you’re typically going to be allowed to shoot)? Do the singer and guitarist move around or just stand still behind a mic stand? Is there smoke or fog? 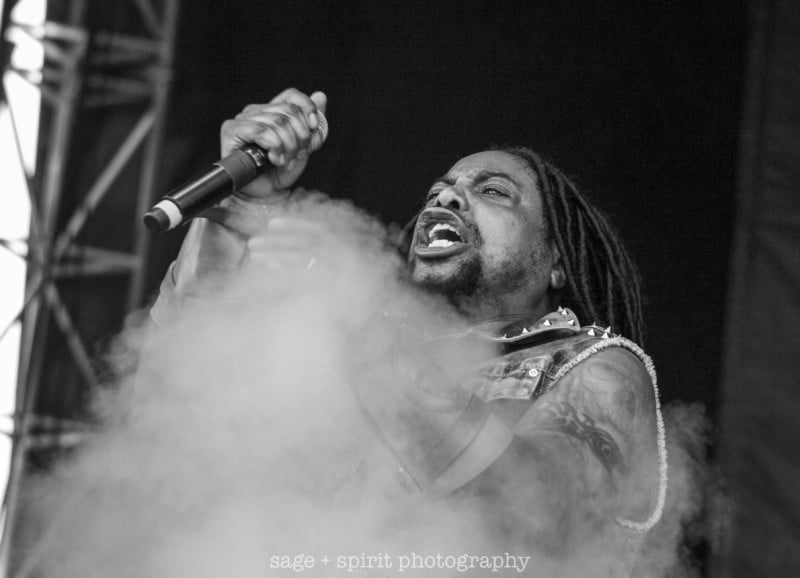 All these things and other factors determine where I’m going to position myself during the shoot. There is also the possibility that there is no photo pit and I’ll be shooting from a soundboard which can be fifty feet away or fifty yards away depending on the venue and the artist. Where I shoot from determines what gear I bring to the venue. For a photo pit show, a 28-70mm and a 70-200mm will be perfect while a soundboard show will require 150-500mm and a monopod.

If you’ve never been close enough to see a photo pit, let me fill you in: They aren’t glamorous.

Photo pits are narrow spaces a few feet from the stage that are usually crammed full of photographers, security guards, and covered in cables and gaffer’s tape. Photographers are more often than not jostling for shots, leaning on each other and elbowing one another out of the way. Getting the shots I want always requires a combination of skill, luck, and the art of skilfully forcing my way into position. 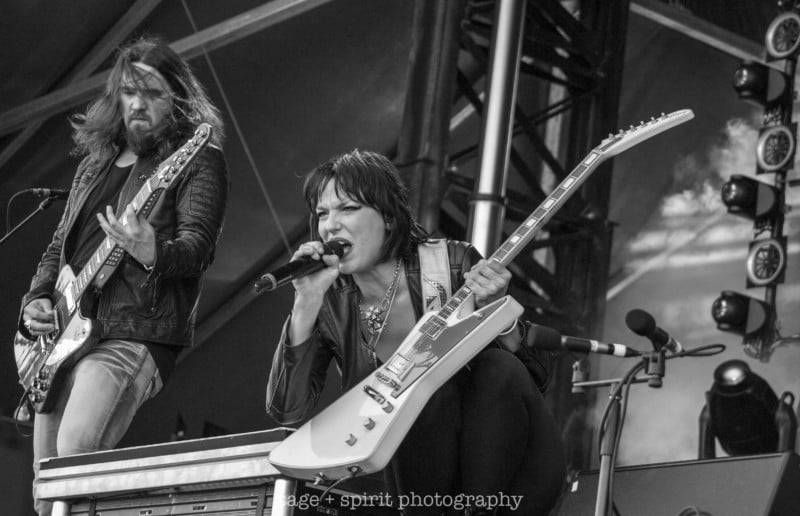 So the first three songs are over and you have several hundred images to sort after you enjoy the rest of the show, right?

Most outlets will want the images first thing in the morning and artists will want their images as early as possible so they can post them to their social networks. As such, if you want to be successful you just don’t have time to spend hanging out at the show after your session concludes. You’re going to want to immediately head back to the media tent, hotel, or home if it’s close by so you can get started on your edits.

I won’t bore you with my workflow but, basically, I eliminate the bad shots and spend my time looking for the shots that are unique, where they might be angles nobody else has. Some outlets will specify which type of images they want, so I’m sure to send those as well as my own choices. Once this is all done and sent off, then and only then will I head to bed or more likely, the breakfast buffet. 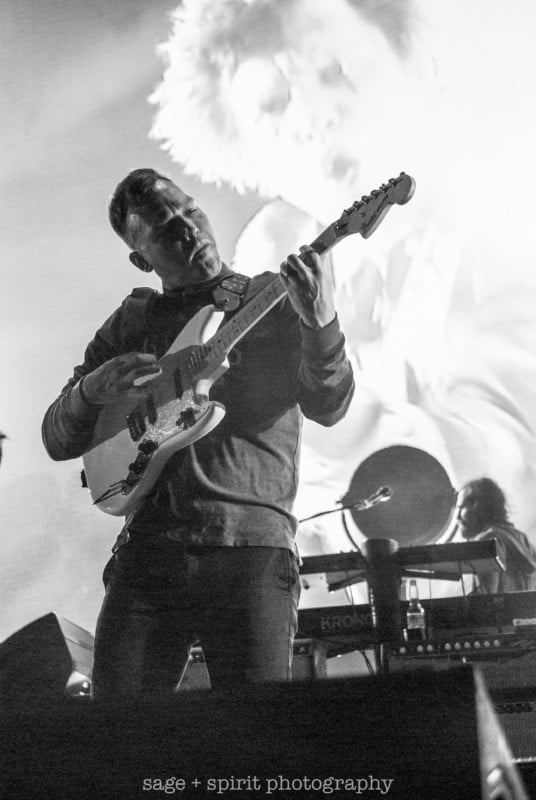 Now you know what really goes into concert photography. It’s hours of research, endless emails, twelve minutes in the photo pit, and more hours in editing. Personally, I wouldn’t trade it for any other job. It is, after all, the coolest job in the world.

About the author: Geoffrey Clowes is a concert photographer based in South Florida. His work is routinely featured in QRO Magazine.You can see more of Geoff’s work on his website or Instagram.