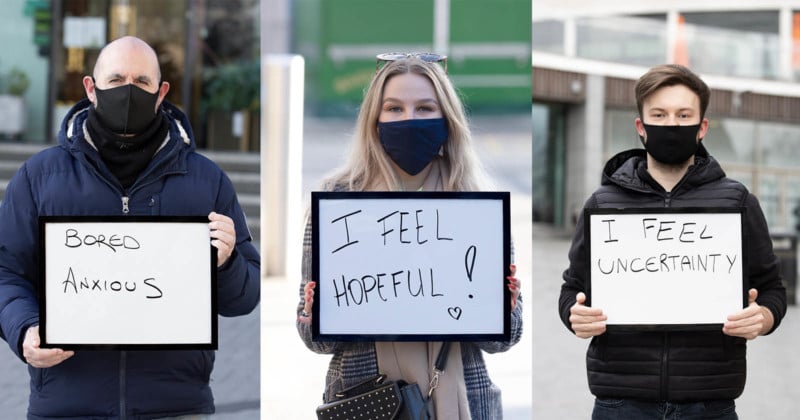 A U.K.-based photographer has given complete strangers a platform to share their thoughts and emotions regarding the last year with the goal of raising awareness of the pandemic’s impact on mental health.

Following a deeply personal loss, Donna Bridgewater, a photographer and lecturer based in Birmingham, United Kingdom, started a local photography project that captures strangers on the street revealing their personal thoughts and feelings on living in a pandemic world.

The project, titled “Getting Through This,” intends to “create a conversation about mental health,” as strangers hold up a board of messages, both deeply honest and inspiring, to help people compartmentalize their feelings and put them into words. 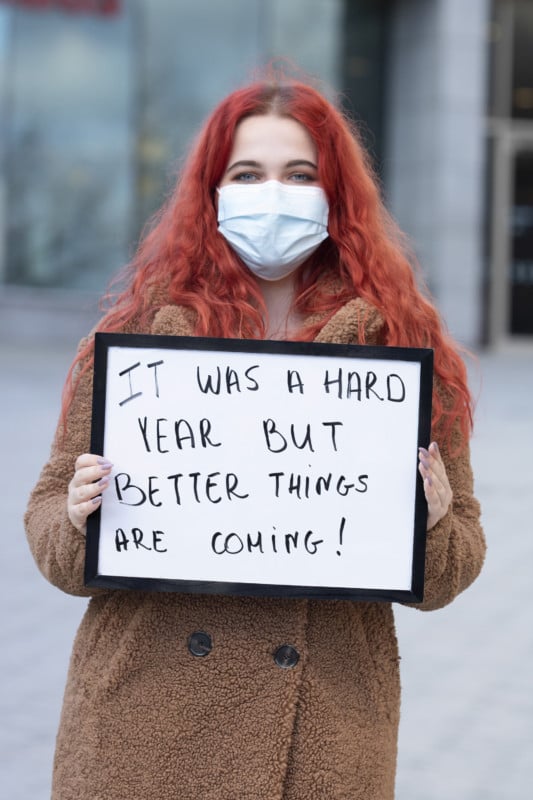 Looking back to an animal cruelty protest in Coventry Bridgewater and her sister had attended, she recalls a local charity that used a blank board to help the community voice their concerns, thoughts, or simply to share a positive message. Similarly, having worked in a special needs environment, Bridgewater has found that many learners who are non-vocal would use a pen and paper as a form of preferred communication.

Both ideas inspired the structure of the project while the idea for the initiative was born after Bridgewater lost her sister, which further led to her incorporating other people’s mental health difficulties during the pandemic, because “every day is a struggle but you find ways to adapt in life.” 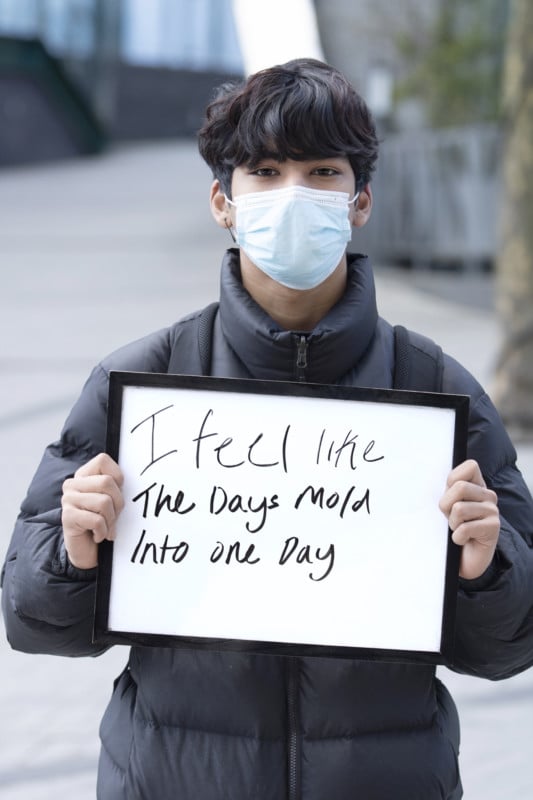 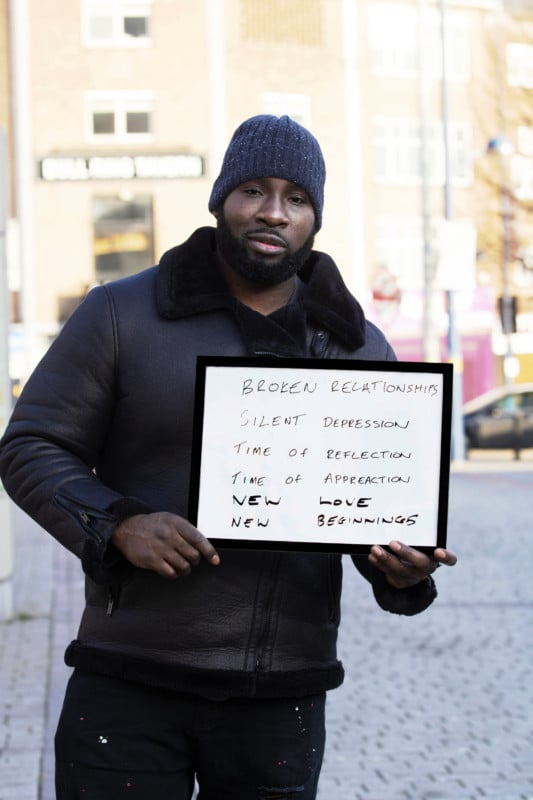 Although Bridgewater had story-telling project experience under her belt through her past work with the LGBTQ community and others, the forced removal of social everyday interactions during the lockdown made it difficult to go back out and approach the public on the streets.

When the photographer approached people, she shared her own personal experiences of losing her sister, however, the unpleasant weather didn’t make it easy to connect with people because strangers would want to quickly pass by to get to their destination quicker.

Nevertheless, her openness and perseverance — after many people refused to participate — allowed her to meet people in the local community who were willing to stop, talk, and share their stories. This not only boosted Bridgewater’s own confidence but also gave those she connected with an opportunity to feel part of something powerful.

The process also helped the photographer to process the loss of her sister, Leanne, with whom she had lived and shared daily life. She explains, “being open and sharing my own story about Leanne has helped me to build my own confidence when talking about her. Every time I continue the project and hear comments it make me feel happy that the messages could help someone that is struggling.” 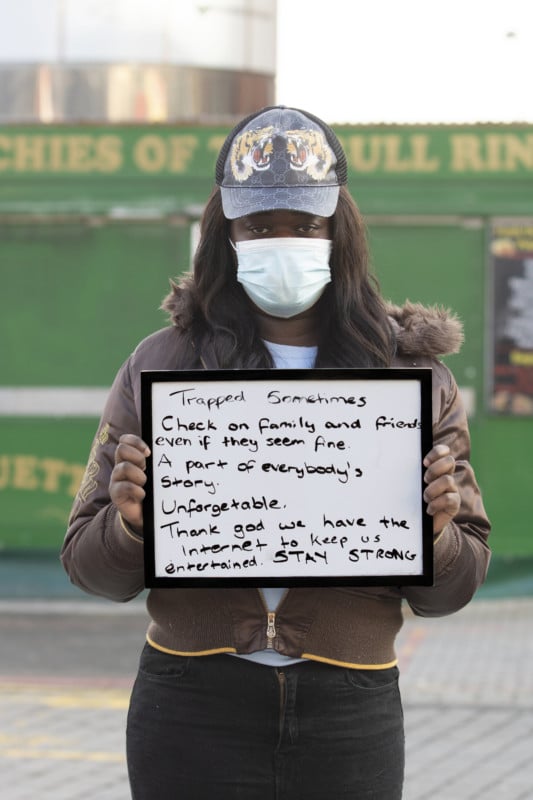 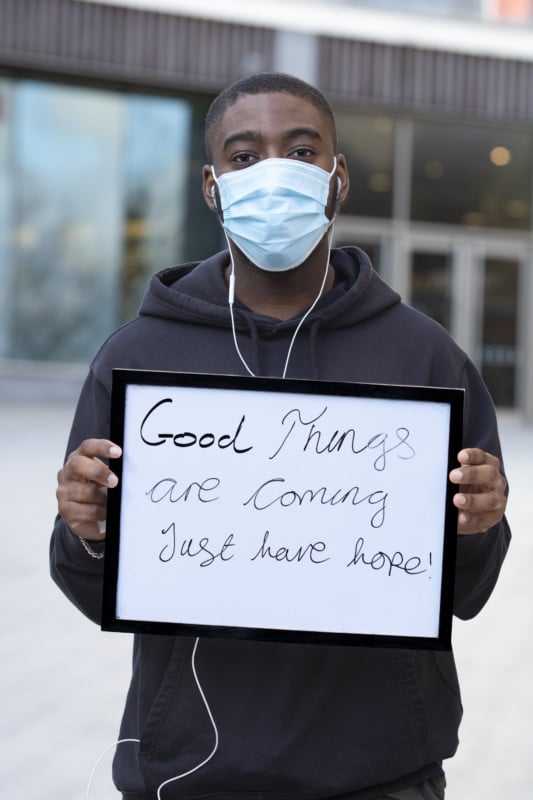 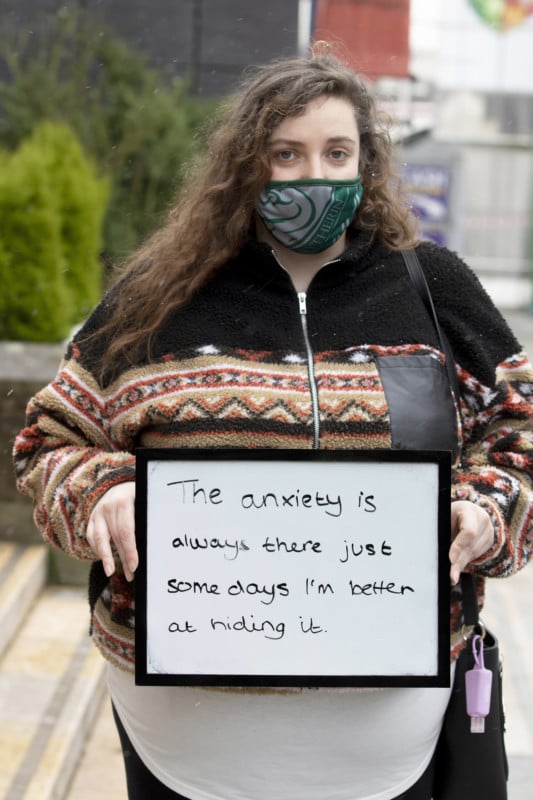 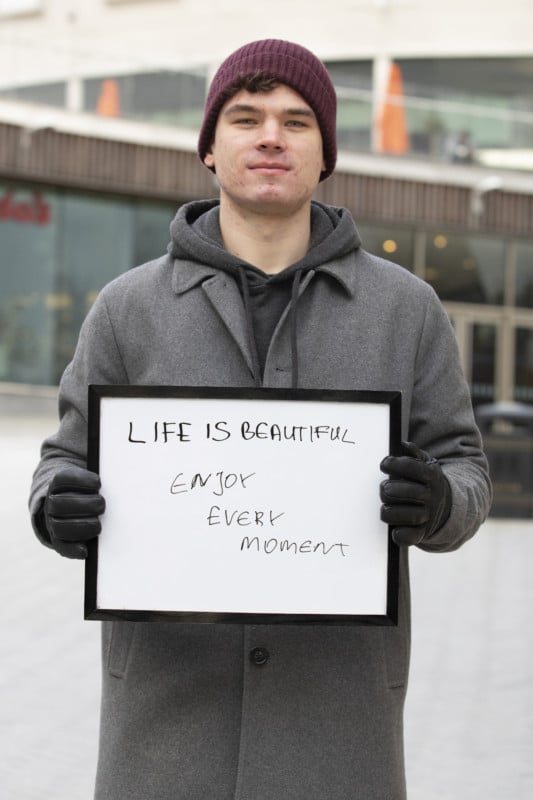 The project is still ongoing, not just because of the positive feedback received from both participants and the audience, but also because of Bridgewater plans to link it with the mental health charity Mind when pandemic restrictions eventually permit it.

Other institutions have also been eager to participate. For example, Bridgewater has been invited to deliver a talk to The Royal Photographic Society, while others have expressed that the project would work well as an exhibition, displayed in shop windows, or shared on different media sources, like news, TV, and radio.

The messages are so powerful and true and they need to be seen by more and more people worldwide. Ideally in the future I would like to produce a book to raise money for charity. I have struggled with mental health myself and I have a little positive messages book that gives me a boost now and then. It would be a nice little book that you could pick up to give you a little boost in life.

For more, you can join Bridgewater’s upcoming online talk on May 17, 2021, or visit her website.

Image credits: All images by Donna Bridgewater and used with permission.