Richard Renaldi has an interesting approach to street photography: he asks complete strangers to touch one another. The resulting interactions are documented in his project Touching Strangers. 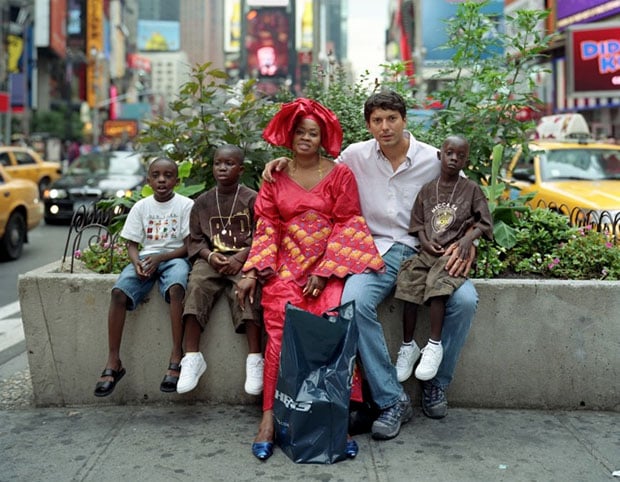 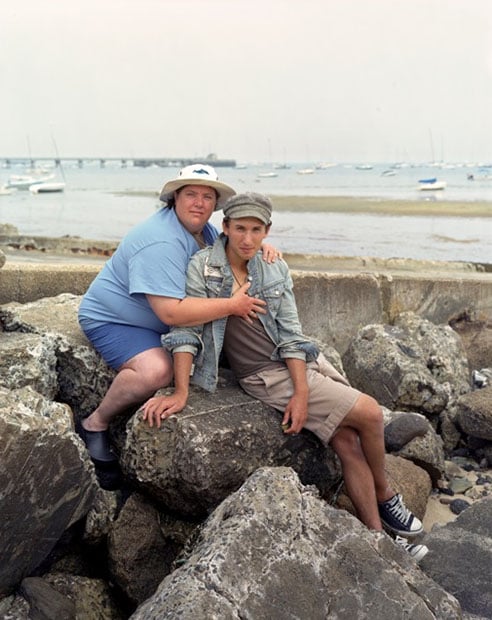 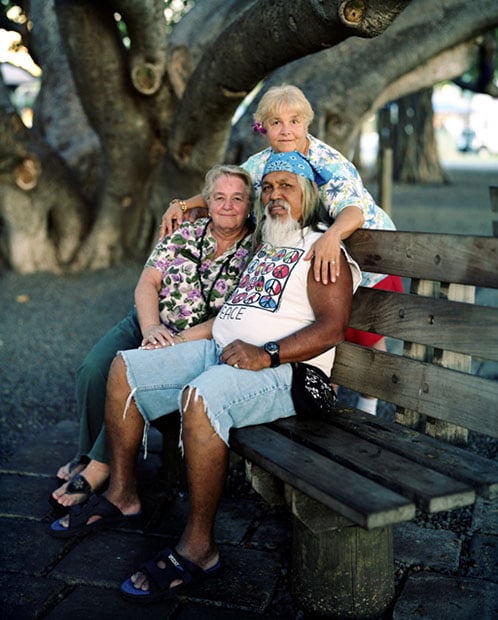 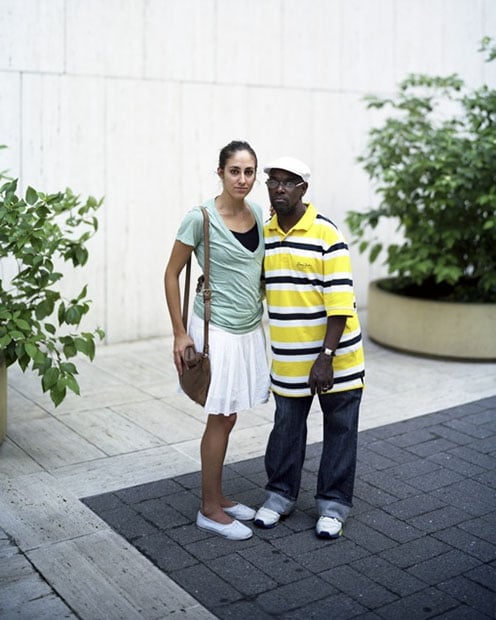 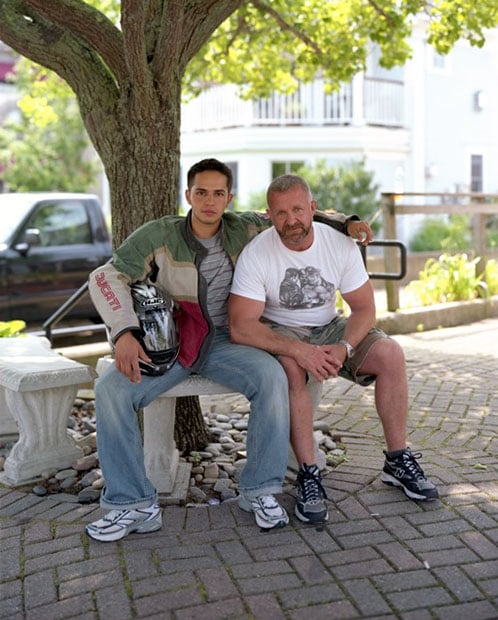 I am a New York city based photographer who began a life long relationship with photography back in high school in 1984. I few years ago I became interested in the dynamics of group portraiture and this led me to the project you see here. The premise of this work is simple: I meet two or more people on the street who are strangers to each other, and to me. I ask them if they will pose for a photograph together with the stipulation that they must touch each other in some manner. Frequently, I instruct or coach the subjects how to touch. Just as often, I let their tentative physical exploration play out before my camera with no interference. Though these situations involve orchestrated collaborations between subject and photographer, the emotions captured are both genuine and honest. Touching Strangers encourages viewers to think about how we relate physically to one another, and to entertain the possibility that there is unlimited potential for new relationships with almost everybody passing by.

To see more of Renaldi’s work, check out his website.

Image credits: Photographs by Richard Renaldi and used with permission