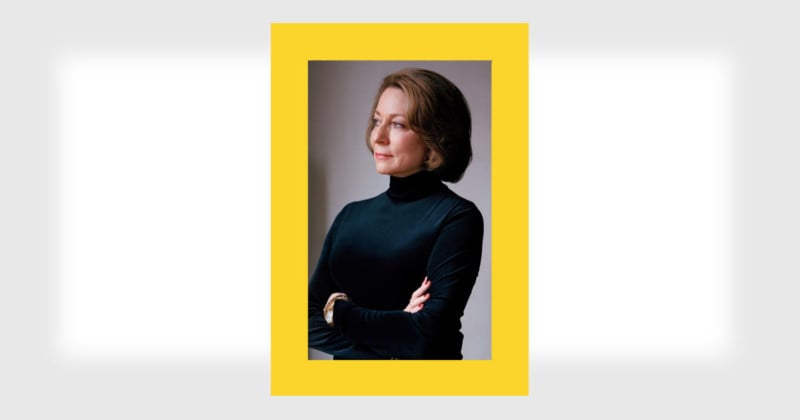 Susan Goldberg has been editor in chief at National Geographic for seven years. In the history of Nat Geo, which started in 1888, she is the 10th editor and the first woman. The yellow-bordered magazine, one of the most widely read magazines of all time, has always been known for its dramatic photography and is published in 35 languages.


Susan worked 35 years in daily journalism between the San Jose Mercury News, Bloomberg and others. One day her phone rang, and it was a headhunter asking whether she would be interested in a job at National Geographic.

“Before she could hardly get the sentence out of her mouth, I said yes-yes, I am interested,” recalls Goldberg. “I came in at a slightly lower level, and within four months, I was promoted to be Editor in Chief.”

Nat Geo can tell the most important stories in the world in the most powerful way. Afghan Girl explained to the world with a single photograph that there was a refugee crisis.

“I think to be perfectly honest [in 2014 when she started at Nat Geo] we were a little bit behind on telling stories digitally, and we have done an amazing job not just catching up, but by becoming a digital powerhouse through our storytelling across platforms,” says Goldberg. “We are the largest brand in the world on Instagram with 150 million followers, we have launched podcasts, we have new newsletters …and we are continuing storytelling across platforms. Now people are so excited about our ability to reach larger, more diverse audiences than we ever could only in print.”

“Choosing the cover is one of the most interesting and hardest and scariest and most fun part of my job,” says Goldberg. “And it is not always photos; sometimes we have illustrations also.”

National Geographic is published in multiple countries and languages. The January issue in the US had a cover of Robert E. Lee’s statue transformed into a Black Lives Matter monument with a projection of George Floyd’s portrait. In Belgium, where the pandemic was the main news, they had a cover photo of two exhausted nurses huddled together on the sidewalk outside their hospital.

COVID-19 put the brakes on travel, and Nat Geo had to seek local photographers to cover stories. And even when travel resumes, this would greatly expand their circle of contributors.

The majority of photography magazines in the US have shut down print editions and are now only digital. When I asked whether Nat Geo would ever follow suit, Goldberg responded with an emphatic “NO. We have our storytelling across platforms, including our print platform, which remains the iconic and powerful way to tell stories.”

The follow is Goldberg sharing the 7 most common photography-related question she’s asked and her answers to them:

“How does someone become a National Geographic photographer?”

Today, when everyone has a camera with them 24/7 (their phones), anyone can get lucky and make one great picture. We are looking for those photographers who can really craft a story: develop a unique idea, engage in the research, make compelling images, and build a powerful narrative across a series of photographs. We have core niches – among them, wildlife and the natural environment, archaeology, science, people, and cultures – and are always looking for photographers who are interested in these topics. But at its core, you do have to be able to take amazing photographs!

“What is your favorite picture?”

There are so very many, but one of them was of Avery Jackson, a nine-year-old transgender girl who was on our cover for a special issue we did on gender. Avery had lived as an openly transgender girl since age five, and she captured the complexity of the conversation around gender. Today, we’re not only talking about gender roles for boys and girls—we’re talking about our evolving understanding of people on the gender spectrum. And these portraits of all the children from that issue, by photographer Robin Hammond, are beautiful. We especially loved the portrait of Avery—strong and proud and staring directly into the camera. We thought that, in a glance, she summed up the concept of “Gender Revolution.”

“Do you think your photographs have the power to impact change?”

Absolutely. Stories like our Megatransect trilogy from the early 2000s inspired former President Omar Bongo of Gabon to create 13 national parks in his country. Our story in 2008 on endangered right whales helped reinvigorate and enact legislation to slow commercial ship traffic in critical calving grounds. More recently, our story on US Captive Tigers helped spur passage of the Big Cat Safety Act in the House, now onto the Senate. Our story about Gluay Hom, an injured Thai elephant, triggered a worldwide call for his rescue. More than 70,000 people signed a petition on Change.org calling for him to be released. Eventually, he was freed and taken to a sanctuary, where he felt grass for the first time in four years. Finally, I think our coverage of global warming is enormously important because it cuts through the politics and the noise and actually shows people how things are truly changing on the ground.

“What is the most impactful image that the magazine has ever published? How do you choose just one?”

Across our core topics, we have published memorable images that have touched our readers, such as photographer Brent Stirton’s photograph of a murdered mountain gorilla, Katie Stubblefield’s new face, Cedric Gerbehaye’s powerful photographs of nurses on the Covid frontline in Belgium, and Kris Graves’ photograph of George Floyd’s face projected on the Robert E. Lee statue in Richmond. All of those are powerful, but there are so many more!

“How do photographers and writers work together?”

The team works closely together to determine the narrative – both text and visuals. We are telling the story through words, photographs, graphics, maps, and now audio, too. We’re not just not illustrating manuscripts. It is an intensely collaborative process, and the challenging give-and-take ends up making everyone better.

“How much time do your photographers spend in the field […] on a story?”

It depends on the story, but typically six to eight weeks. Natural History stories can take twice that amount of time because you might want to photograph over several seasons. But it can be a lot longer: The Immortal Corpse, a story about a woman named Susan Potter who donated her body to science, took 15 years to document. Three different editors in chief came and went, but, incredibly, the entire story team stayed together!

“Do you fake/alter/Photoshop your pictures?”

NO NO NO. We tone and color correct our images. But we do not remove or add pixels/information to the images. And if we go beyond any standard process, we are transparent about it – as in the case of Stephen Wilkes’ recent Day to Night images or Kris Graves’ January 2021 magazine cover image.

Image credits: Header illustration based on portrait by Erika Larsen. All other photos by National Geographic and used with permission.