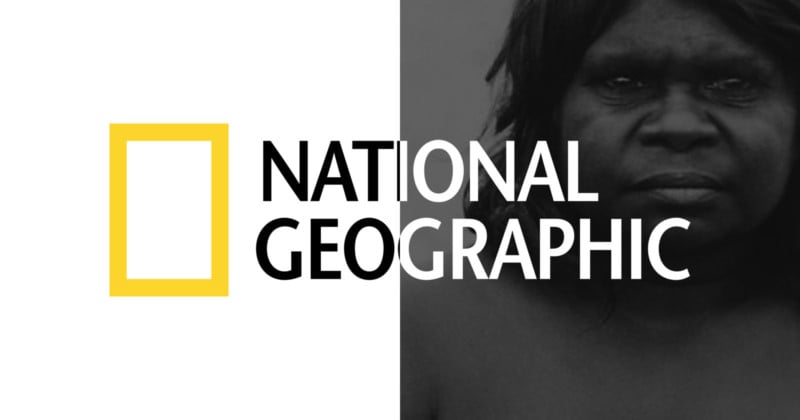 National Geographic made ripples today by acknowledging that the famous yellow-bordered magazine spent decades of its history publishing photographs and stories that were racist.

After the April 2018 issue of National Geographic was scheduled to be a special issue on the subject of race, National Geographic “decided it had better take a good hard look at its own history.” So, Editor in Chief Susan Goldberg reached out to University of Virginia professor John Edwin Mason, an expert in both the history of photography and African history, for his help in analyzing the 130-year archive of the magazine.

Mason went beyond looking at the photos published in the magazine and actually examined the contact sheets submitted to editors by photographers, giving him a complete view of what photographers chose to point their cameras at and what editors decided to select for publication.

When his research was done, Mason concluded that yes, the magazine had a “long tradition” of being racist in its choices for text, subjects, and photography.

One striking example was in a 1916 issue on Australia. A caption under two portraits of aboriginal Australians read: “South Australian Blackfellows: These savages rank lowest in intelligence of all human beings.”

Common themes that were found in the archives include portraying the “black and brown” world as primitive/backward/unchanging, showing native people fascinated by Western technology, ignoring “unpleasant” subjects such as war/famine/conflict, and failing to give people of color a voice in the stories.

There was also the widely-known fact that National Geographic would often contain nudity (namely breasts), just as long as the subject was a person of color.

“Teenage boys could always rely, in the ’50s and ’60s, on National Geographic to show them bare-breasted women as long as the women had brown or black skin,” Mason tells NPR. “I think the editors understood this was frankly a selling point to its male readers. Some of the bare-breasted young women are shot in a way that almost resembles glamour shots.”

“[U]ntil the 1970s National Geographic all but ignored people of color who lived in the United States, rarely acknowledging them beyond laborers or domestic workers,” Goldberg writes. “Meanwhile it pictured ‘natives’ elsewhere as exotics, famously and frequently unclothed, happy hunters, noble savages—every type of cliché.”

National Geographic says that moving forward, it’s committed to leaving a legacy on race that future generations are proud to look back on.

“How we present race matters,” Goldberg says. “[I]t means we have a duty, in every story, to present accurate and authentic depictions—a duty heightened when we cover fraught issues such as race.

“I want a future editor of National Geographic to look back at our coverage with pride—not only about the stories we decided to tell and how we told them but about the diverse group of writers, editors, and photographers behind the work.”