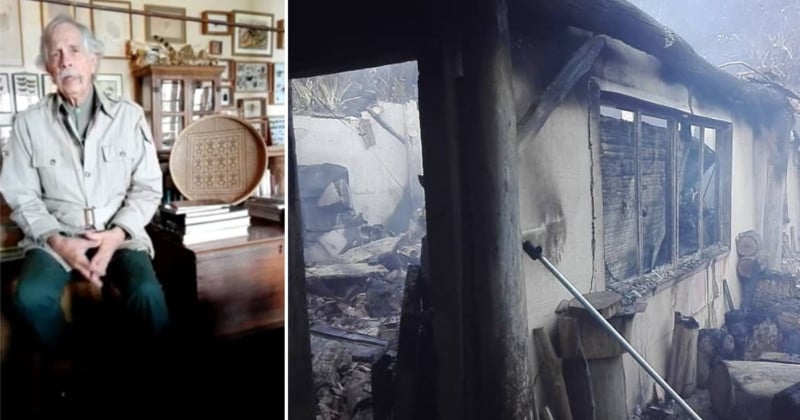 A renowned Venezuelan explorer and naturalist lost a lifetime of work last week after a house fire broke out and burned down his studio. Among the losses were photographs captured during over 200 expeditions spanning roughly 70 years.


Charles Brewer-Carías had originally worked as a dentist during his “day job,” but his expeditions to the remote parts of the Guayana region in eastern Venezuela over the years has given him the reputation of being “Venezuela’s Indiana Jones.”

He has made numerous discoveries, and the world’s largest known quartzite cave (Cueva Charles Brewer) and 27 species of plants and animals have been named after him (including the plant genus Brewcaria).

As a passionate photographer, Brewer-Carías captured hundreds of thousands of photos and published 12 photo books. He has developed a reputation for being a leading landscape, nature, and cultural photographer in his country. 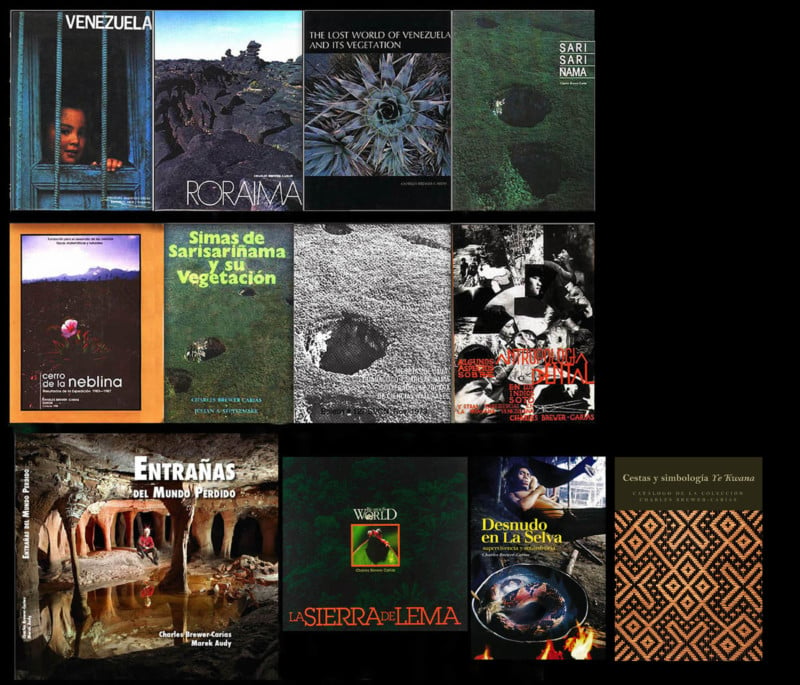 Here’s a 30-minute look at his life and work:

Last week, there was a short circuit in the dehumidifier in Brewer-Carías’ study that was (ironically) being used to protect his life’s work from humidity. Brewer-Carías and his family were able to escape the blaze, but everything contained inside the study was destroyed.

“Everything was reduced to ashes,” writes Brewer-Carías’ daughter, Karen Brewer. “More than 70 years of research, photographs, books, drawings… everything, EVERYTHING ended in this terrible fire.

“[…] It is truly a loss to the indigenous cultural heritage of Venezuela and the world.”

A source tells PetaPixel that presumed losses include cameras, lenses, all expeditionary photographic equipment, and over 250,000 photos on film and prints (with very few of them backed up digitally). The smaller body of digital photos that Brewer-Carías shot in recent years were also presumably lost in hard drives that were destroyed.

“Beside the majestic landscapes of Venezuelan Guiana, destroyed photographs in the fire recorded specimens of plants, insects, mammals and all kinds of wildlife, masterfully captured both for divulgation and for scientific study,” the source tells PetaPixel. “And as Charles himself said, they constitute a record of what existed in the area ‘during his time,’ and that will not be recorded again.”

Other things lost in the fire include rare and collectible cultural items, roughly five thousand important scientific books (including rare ones), and a large number of scientific articles.

While much of what was burned (including the photos) is irreplaceable, the funds will go toward helping Brewer-Carías acquire new equipment and tools for his expeditions. And with the 70-years of knowledge and experience in his head, Brewer-Carías is hoping to publish at least 4 new books on plants and native peoples in order to create a new record of his exploration career.

“More than ever these books become a priority because they are the new legacy,” Karen says.

Head on over to the GoFundMe campaign if you’d like to help rebuild Brewer-Carías’ legacy.

Update on 2/9/21: Karen has shared some more photos and videos of the devastation and loss caused by the fire: