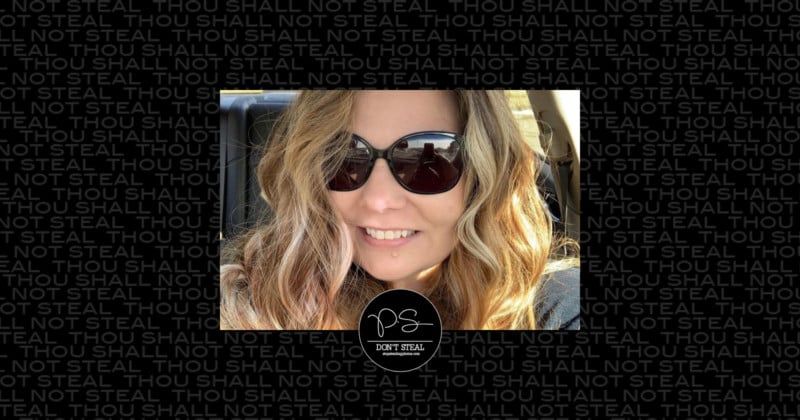 The founder of PhotoStealers, Corey Balazowich, has started a GoFundMe in order to pay for mounting legal fees that she has accumulated defending herself against a photographer she accused of stealing images in January. She also claims multiple instances of harassment against her.

Balazowich, who works as a wedding photographer, founded PhotoStealers in 2012 to “out” photographers who steal other people’s work and claim it as their own. The site was responsible for briningg to light multiple instances of high-profile thefts, including Creative Live host Jasmine Star in 2013 and again in 2016 as well as the now-shamed Doug Gordon in 2014.

As a result of both her high profile takedowns of image plagiarizers as well as her many lesser-known documented cases of theft, Balazowich claims she has suffered both online and in-person harassment, both personal and aimed at her business.

Balazowich’s main reason for starting the GoFundMe was to pay for legal fees associated with a case that has been brought against her by a photographer she accused of photo theft in January. In a long, detailed documentation of events on PhotoStealers, Balazowich explains that after bringing attention to the publication of an image by photographer Clane Gessel, a ten-month ordeal unfolded.

Gessel has brought suit against Balazowich to “recover damages” from her post that alleges image theft. Gessel’s suit demands “injunctive relief” for “unfair competition, false promotion, and tortious interference with a prospective economic advantage” with “malicious intent to inflict harm” upon Gessel and his business. The suit is for $74,000.

Balazowich appears to stand by her story that her only intent was to point out image theft.

Since February of this year, Balazowich has purportedly seen a marked increase in online and in-person harassment. Balazowich says that she believes “due to running Photo Stealers” that she has been targeted “in many nefarious acts, aimed at trying to hurt me financially via my business and personally.”

She alleges that in May of 2020, someone created a fake Craigslist ad that offered a free sofa at her home, which included her home address and phone number, that resulted in many calls, texts, and interested parties showing up in-person to her home for a product that was not there.

Additionally, one day after that ad was placed, Balazowich alleges that her website was hacked.

“Any major search engine was redirected to a spam website selling Viagara,” she says. “Since I only ever go to my own website via the direct URL I was unaware of this until September, missing out on unknown inquiries.”

“I have received fake inquiries, been blamed for hacking a past thief’s Twitter solely to post racist comments, fake reviews, comments mocking my weight and my skill level, and dozens of other small annoying things that have required my time, effort and the assistance of lawyers,” she continues.

“This has all culminated with a barrage of about 50 1-star reviews left last week for my business on Google acting like clients of mine that had been unsatisfied.”

Balazowich was careful not to draw a line connecting the lawsuit filed by Gessel and the increase in harassment.

Balazowich’s story can be read here on her GoFundMe and in greater detail here in the article on PhotoStealers that has been updated multiple times. Balazowich’s GoFundMe goal is $5000, significantly less than the $15,000 she says the legal fees have cost her.

This is not the first time Balazowich has been the center of a lawsuit. In 2013, she was threatened with a defamation lawsuit for an article on photographer Christopher Jones, whose Facebook business page has since been deleted.

Update, December 30, 2020: Balazowich and Gessel have amicably resolved the issue.