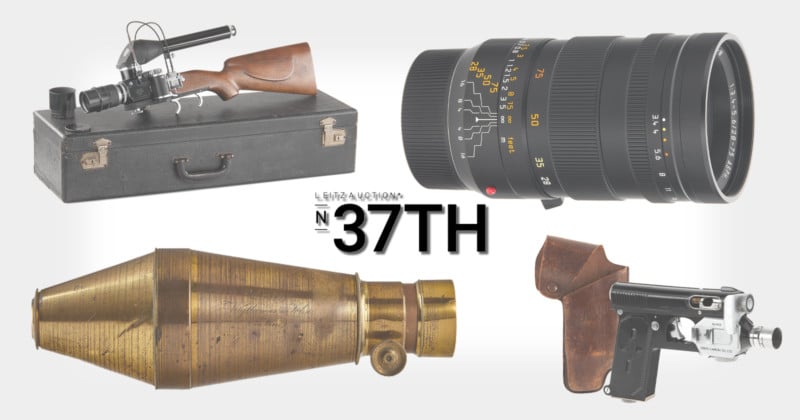 On November 21st, the 37th Annual Leitz Photographica Auction will take place in Vienna and online. And while the full catalog hasn’t been published yet, Leica has unveiled a few “highlights” for collectors to drool over between now and the big day.

While us mere mortals can’t hope to plunk down the tens of thousands (or hundreds of thousands) of dollars required to secure the most prized “collector’s pieces and rarities” on show at Leitz Photographica next month, that doesn’t stop us from ogling the merchandise. And this year, four items in particular bear some serious ogling. They are:

Scroll down to see each of these items for yourself, complete with descriptions and images provided by the auction house.

Description: The Voigtlander daguerreotype camera was introduced by Peter Wilhelm Friedrich Voigtländer (1812-1878) in 1840. Its historical importance is based on the fast f: 3.7 Petzval lens. It was 15 times brighter than the lenses Daguerre used in his designs. The cannon-shaped camera is one of the most sophisticated and recognizable designs from the early days of photography.

The focusing screen is positioned on the widest part of the camera and a magnifying glass on the shorter of the two cones helps with focusing. As soon as the focus was achieved, the photographer in the darkroom had to change the screen for a daguerreotype plate.

The camera offered here is in beautiful original condition and has never been restored. The lens is a matching Petzval construction.

According to reports, 600 units of this camera were sold through 1842 and only 10 known examples still exist today. It is the first time that a type of this camera, one of the most important in the history of photography, has been auctioned publicly! 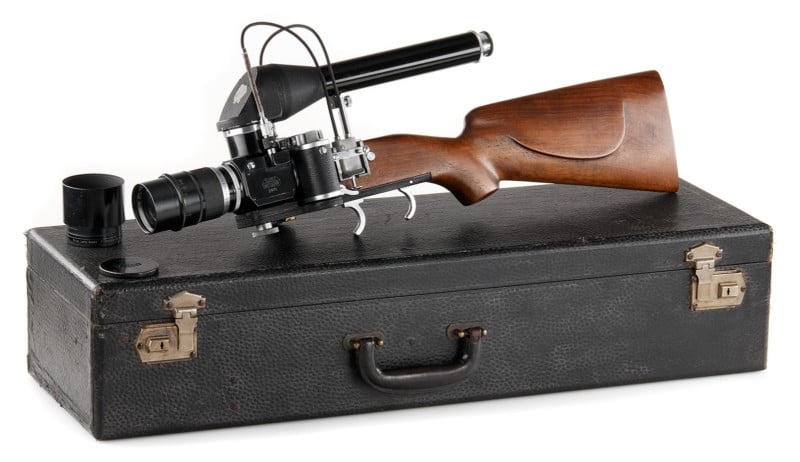 Description: One of the rarest and most unusual Leica accessories in excellent original condition. The special viewfinder, engraved with the serial number 117 (see bearing Vol.III No. 116) and ‘E.LEITZ INC. NEW-YORK ‘, the modified PLOOT mirror housing with the No. 2972, the modified Leica IIIa serial number: 230908 (1937), a Telyt 4.5 / 20cm No. 472827 (focusing scale in foot, incl. Lens hood and top cap) and the very rare carrying case RIFUN form the complete package of this extraordinary camera.

E. Leitz, Inc. New York developed the ‘Leica Gun Rifle’ from 1935 to 1937, inspired by Attilio Gatti, the well-known wildlife photographer, and introduced it to the public in July 1938 under the code word ‘Rifle’. The production time was only one year, from 1938 to 1939.

Many authors estimate the number of ‘rifles’ ever produced differently. PH van Hasbroeck assumes only 6 pieces produced, JL Lager on the other hand 12. We are considering a number of 12-14 ‘rifles’, today distributed across collections worldwide, as appropriate and realistic. 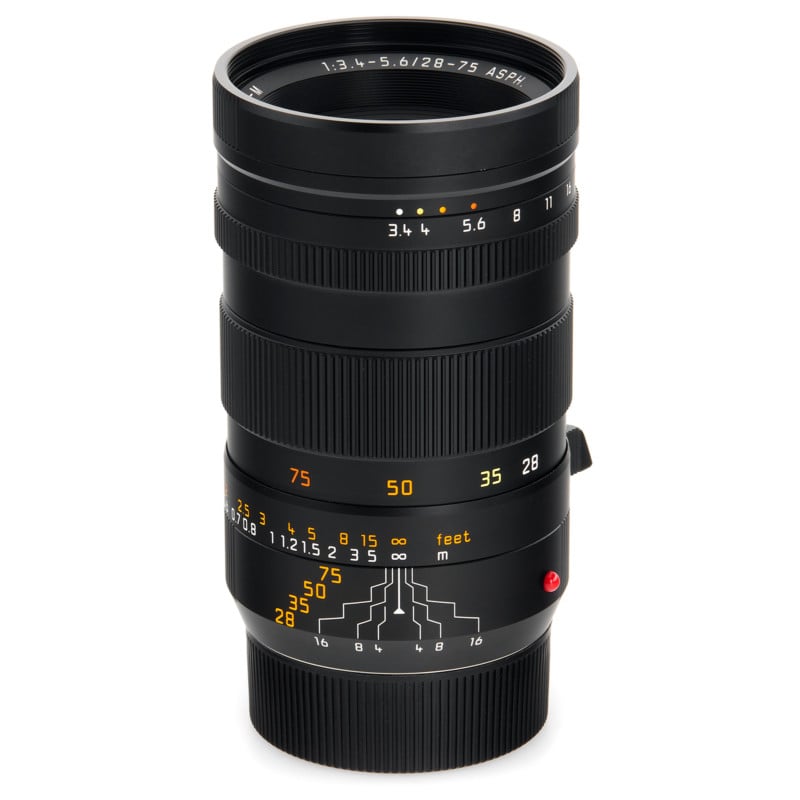 Description: One of only 3 existing Vario-Elmar-M lenses. Designed in Germany in 2012 and designed to replace the Tri-Elmar 28-35-50 as a universal lens. In contrast to the Tri-Elmar, the Vario-Elmar-M has a real zoom construction that also produces a sharp image between the four ‘hard stops’.

The production of the final prototype was outsourced to Japan, but due to the complexity of the mechanical and optical design, the project was stopped in 2015. Only three lenses that met the high quality standards of Leica engineers were completed. The lens with the order number 11669 has a special screw-in sun visor No. 12469.

The lens is one of the most special of Leica’s modern designs. 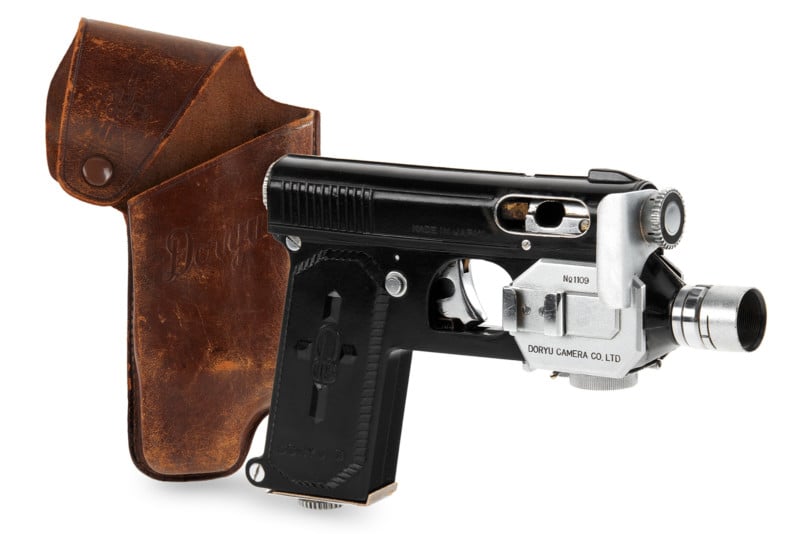 Description: The second known example of the Doryu 1 pistol camera (also known as Doryu 1-9.5), completed in 1952 at prototype level. It is interesting that the camera itself has features to identify it as ‘Doryu 3’. Due to the durability problems of the Bakelite case and the limited availability of the 9.5mm film in Japan, the camera never went into production and was replaced by the Doryu 2-16 in the same year (1952).

The camera is in very good, original condition with a working shutter and a removable magazine. Including Doryu 3 3.3 / 23mm lens and the original leather holster.

As we mentioned up top, the above does not constitute the whole auction. It doesn’t even cover all of the items that have been revealed ahead of the official catalog launch. You can see more photos, more descriptions, and more items at the Leitz Auction website.

The plan is to reveal the full catalog at the beginning of November, and show off some of the most rare items in a “virtual roadshow” on November 6th. Interested collectors (with deep pockets) willll be able to submit bids for the upcoming auction online at the Leitz Auction website, or in writing, by telephone, and live via www.liveauctioneers.com.