Around the time I was applying to college in 1980, Time magazine ran a short piece about the college application process (coincidentally, at Brown); in it, they described an applicant who had soaked her application in water, then let it dry completely, so it got warped.

Admissions officers noted that her application wouldn’t sit neatly in the stacks they had to go through, and so it kept landing on top of their piles, getting more attention, and for a range of reasons, it worked. She was admitted.

I thought about this for a while. I didn’t want to copy her, but I liked the idea.

Being a high school photographer, I was already planning to send a portfolio of my recent work and a letter of recommendation from a famous artist. But maybe if I wanted to seal the deal, I’d soak my application in water too. Of course, in line with my interests, I thought I should actually soak the application in photo developer. What I decided was that I should get some photo emulsion and smear it on the application, and put a picture on it directly, then the water-soaking part would actually make sense.

But what photo should I adhere?

I re-read the Brown University essay prompt. It ended “… use the space below to give us as complete a picture of you as possible.”

I joked to my mom “I should put a naked picture there.”

The week applications were due my parents were going out of town and they left me alone to figure this stuff out. I wasn’t sure what kind of naked picture would be appropriate. I don’t have the kind of body anyone would brag about, so I wasn’t worried I’d look vain. On the contrary. I was mortified to take a naked selfie.
Image for post

I had this model kit in my room called The Visible Man, a clear plastic form into which was inserted a bunch of organs. I took a photo of it; and with my expertise in photographic multiple exposures, I planned to combine it with “me” to make some sort of weird statement. 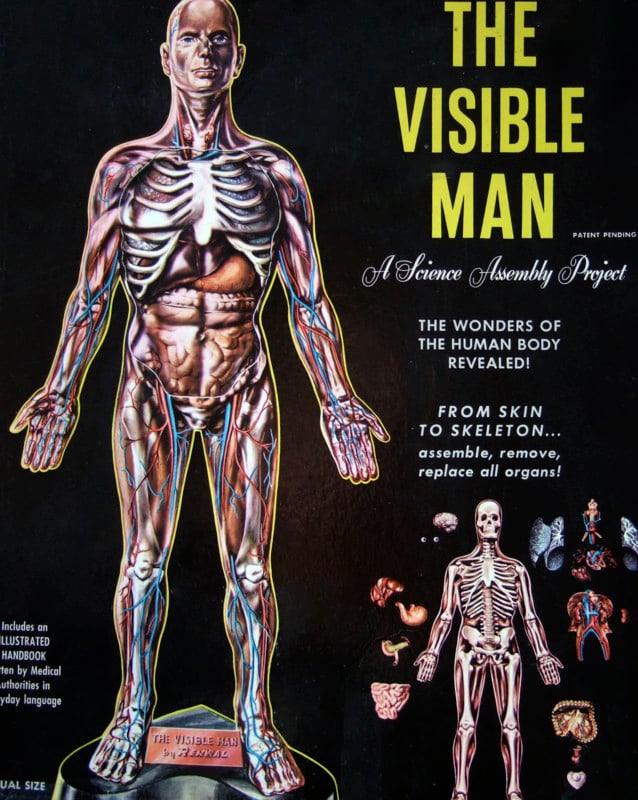 A few days before the due date, and with the house conveniently absent of parents, I put my camera on a tripod in the backyard and stripped down. I couldn’t bring myself to go Full Monty, so I plucked some local vegetation and taped it below my navel. I set the timer. I got in position. Masking tape not being particularly good on skin, I got a string of comical snaps of me standing there as the tape unstuck, leaf dropping and me flinching. I lugged an enlarger out of the darkroom and tried using it as a modesty enhancer, but eventually disliked the combo and moved it behind me. My position was known as “anatomical position” — same as the Visible Man. My expression was nonplussed. I was clearly only doing this because they asked.

In the darkroom, the combinations with the plastic model all failed to work. My last effort was to use an effect called “solarization” for the background, something I learned from Jerry Uelsmann, my photographic mentor. I finished it up. It felt like a long shot to get into Brown anyway. I mailed it in.

Needless to say, it worked. I was accepted into the 218th class at Brown University, according to the letter I received. A day later I got another letter, this from one of the admissions officers. It was handwritten. It said this was one of the most unusual things they had ever received and they hoped I’d stop by the admissions office to introduce myself in the Fall. Which I did.

A lot happened because of this photo. When USA Today was doing a cover story on Brown in 1985, they put me in the story and my photo (not THAT photo) was on the front page. 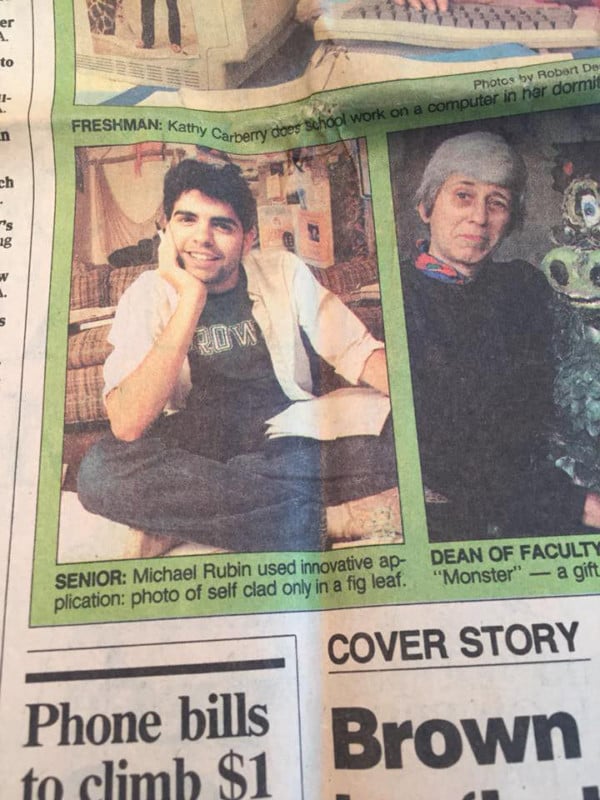 The story of my application was syndicated and apparently it ran in newspapers across the country. I got clippings from time to time. I heard that other kids tried to do similar photos in subsequent years, more like Nastassja Kinski than Visible Man, and with poor results. And I later heard that the photo was put on the wall of the Brown Admissions office where it remained for about twenty years.

I never really felt the need to share the image after 1981, I always felt people’s imagination would be far more interesting than the real thing. But this week I was nostalgically digging around in old high school negatives and I found the original image. The application was a one-off creation, but I scanned the negative the other day and re-created the process.

What the hell, the statute of limitations for embarrassing photos has passed, I spend much of my time taking far sexier photos of other people and it seems only fair. And so here, on my 57th birthday, I present to you my Brown application essay question response: 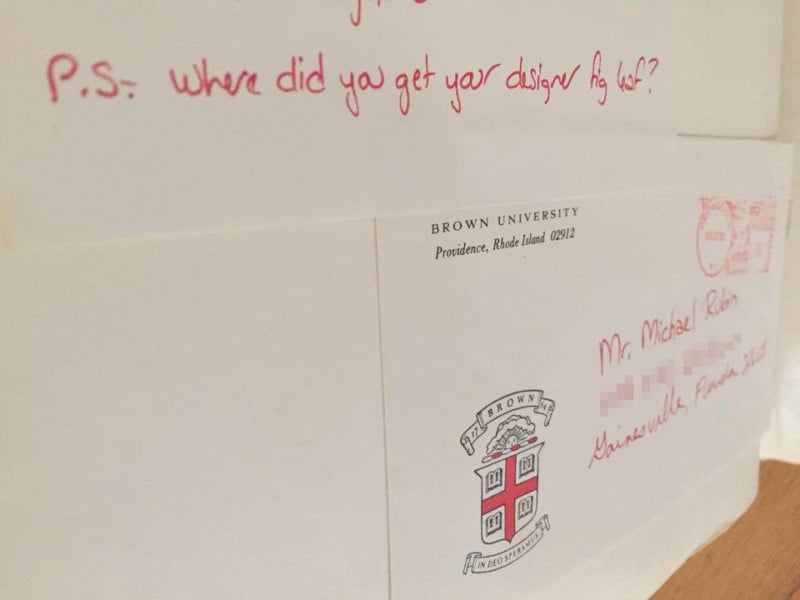 P.S. Here’s me telling the story on my podcast.