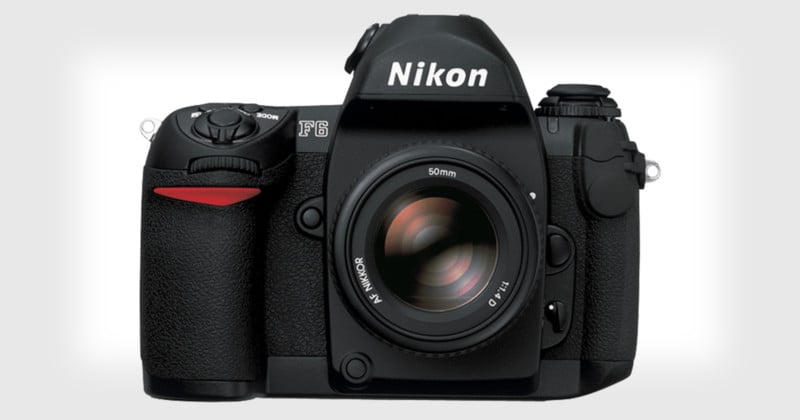 The news comes from Nikon Rumors, who cites a Nikon dealer in Germany as their source. This dealer—and others across Europe—recently received a memo from Nikon that the following products had been discontinued and were no longer available to order:

Given the release of the Nikon D6, the end of the D5 makes sense. And discontinuing older flashes and lenses isn’t surprising at this time, when Nikon is likely trying to streamline manufacturing and cut costs. But the end of the Nikon F6 comes as a surprise after Nikon kept the camera going for so long.

Until recently, the flagship film SLR still sold for $2,600 brand new from retailers and Nikon’s own online store; as of this writing, it’s marked as “on-backorder” or “out of stock” everywhere we’ve looked.

We’ve reached out to Nikon USA for comment or confirmation that these items have, indeed, been discontinued and will no longer be available to retailers. We’ll update this report if and when we hear back.

The Xcube Backpack Protects Your Gear with ‘Space Material Tech’

The Photo That Got Me Into Brown University