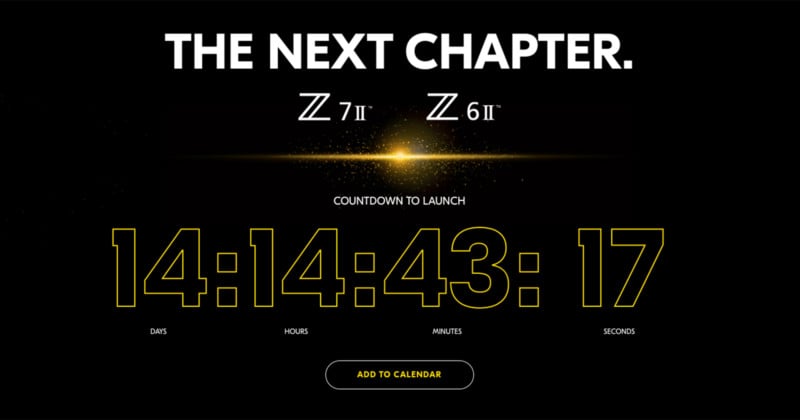 Nikon has officially confirmed the existence of the long-rumored full-frame mirrorless Nikon Z6 II and Z7 II in a countdown page on its website. Other than the correct names and the release time (October 14th at 12:00am ET), Nikon didn’t share much; but we actually know quite a bit about what Nikon is about to release.

The first rumors of a Nikon “Z6s and Z7s” popped up back in July, and since then the folks at Nikon Rumors have been hard at work digging up specs. According to their latest report, these will be “incremental updates” with the same image sensors, same overall body shape, and the same resolution EVFs as the current Nikon Z6 and Nikon Z7. However, Nikon has addressed some of the most pressing complaints about the current models.

Nikon Rumors also claims that the Nikon Z6 II will be “the last Nikon camera with a 24MP sensor,” meaning that Nikon is finally planning to move away from the Sony-made sensor that’s almost certainly the one also used in the Sony a7 III, the Sony a7C, and the Panasonic S1. No word on what the next generation sensor might be.

If previous experience is anything to go by, we expect Nokishita to get its hands on some leaked product photos and confirm these specs before the announcement comes along. However, if you want to preserve some of the mystery, just check back with PetaPixel in 14 days, 14 hours, and 43 minutes (give or take).