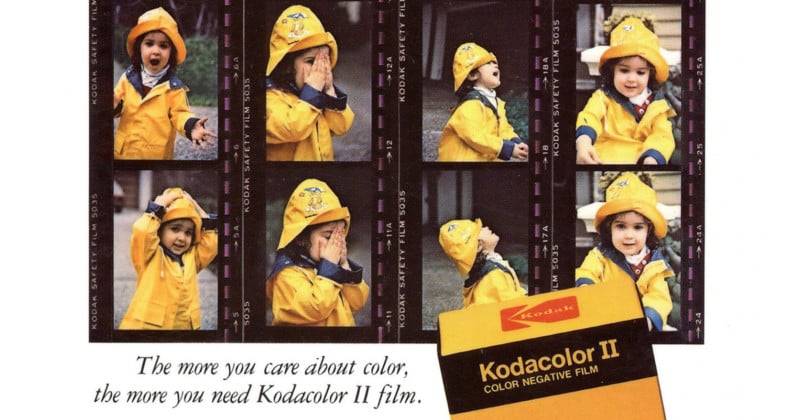 Most everyone’s got one. If you’ve been around for a while, you may have some great stories or a few crazy or scary assignments, but this one is not what you might think. Oh, I have had some interesting gigs for sure, but most of my work was in studio and not at all scary (with the exception of melted ice cream). I’ll save those stories for another time. No, this phone call was a different kind of scary.

Thirty years of top work and my confidence went out the window within sixty seconds of answering the phone. Actually, the entire call lasted less than sixty seconds.

One February afternoon I’m cleaning up the studio and planning to run for the 4:40 train from NYC to Greenwich, with my biggest worry being whether I’ll grab a cab or get soaked. That’s when the phone rings. Tony, the creative director of J. Walter Thompson was on the phone, which either means bad news with a problem, or good news with a new assignment.

My work with J.W.T. was generally studio stuff: liquor, Burger King, pizza or something else that typically sits still and doesn’t talk back, but always pays well. Those days in New York I was a busy still-life shooter with a name in studio photography. I took pride in myself for lighting, composition, a sparkling personality, and a cool studio; all of which I’d banked on for several decades.

“I’ve got an interesting assignment, if you’re up for it.”

Well of COURSE I’m up for it, we both know that! But instead I simply responded

He must have been smiling to himself when he broke it so casually:

Would you like to shoot for Kodak? It’s a new campaign. You would choose one of the four films we’re advertising; like Kodacolor II, Hi-Speed Ektachrome, Ektachrome and Kodachrome II. It’d be your choice, you choose and show off the benefits of one, like Hi-Speed for candle light maybe, or Kodacolor II for saturated daytime…

“I’ll take Kodacolor,” I said, as I just laid it right out there. Dibs, if you will. Bright colors and sunshine? Mine! Fate sealed; challenge accepted. Next? Layouts; budget issues; unreal deadline?

And there it was. “LET ME KNOW WHEN YOU’RE DONE!” Shit, now he’s just playin’ with me. This was starting to scare me.

He ignored that and said, “Just have fun, do something great, as usual, remember bright colors, call me when you’re done.”

I tried again to extract details, but alas, “No worries, no layout, budget is great, I’ll talk to Bill Stockland (my rep) about it, but it’s pretty unlimited. Gotta run, have fun.”

I realized it was all on the line now: could I really do this? Thirty years of building a reputation, and now no excuses, no art director, no layout, just deliver greatness to the creative director of New York’s top ad agency or crash badly. And for Kodak, no less. Shit – at that time the name of my sailboat was actually ‘Kodachrome’ though it happened to be in winter storage at the time.

I needed sunshine. After pouring a healthy scotch, I scrambled to call Bill. He reaffirmed that I could go anywhere, do anything, spend any amount, but just come up with something great within maybe two weeks. He offered no help at all.

In those days my usual film was 8×10 Ektachrome (with a Polaroid tossed in here and there). I almost always shot in studio and always with a layout and I always brought the assignment. Roll film? I’d shoot a roll or two maybe once a year and I still owned a Nikon, if I could actually remember where it was…

I went home and, on the way, grabbed a brick of film, new batteries for the Nikon, packed up the wife and kid, and headed for California sunshine. It would be sunny, with parks, boats, zoos, and even hot air balloons seeming to be a safe bet, and I wanted safe. Upon arrival, this idea crashed.

I found that they don’t fly balloons when it’s rainy, and it was very rainy. No bright colors and no sunshine.

So, I learned something: when dropped into chaos, you’ll probably stretch a bit. You can actually relax and trust yourself. Sure, it was raining, but I did happen to have a great model with me. I decided to just relax and let things flow… which it did. I found a kiddie store on Union Street with a yellow Sou’wester hat and a matching yellow raincoat. Perfect Kodak color, actually.

A few weeks later Tony called. They couldn’t pick a single shot. My heart began to sink. Then he said that this shoot changed their entire advertising campaign. They decided to run an entire contact sheet when they couldn’t pick just one image. He loved it. Kodak loved it. It ran in a number of national magazines, influenced their future advertising, and it was my all-time favorite shoot. 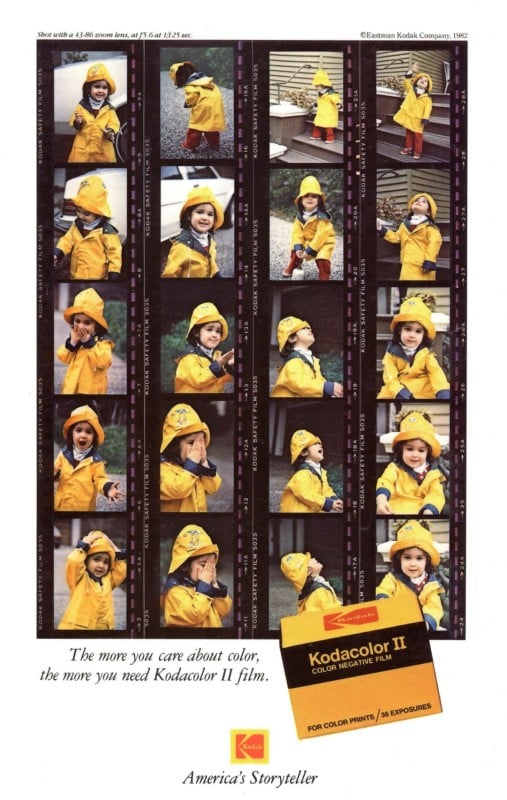 About the author: After his studies at the Art Center College of Design, Laurence Bartone first opened his commercial studio as a photographer in San Francisco. Ten years in and looking for new experiences, he headed East to NYC.

Heavily influenced by the lighting and composition of Vermeer, and the brilliance of both Irving Penn and Phil Marco, he believes every photo should tell a story. Bartone won four gold medals for advertising photography in SF, NY, and LA, and has been published in dozens of national magazines. His work consistently underlines his lighting and composition talents, with Bartone delivering successful campaigns and assignments – both in studio or on location.

Whether traveling through Europe, shooting on a beach in Tahiti or a vineyard in Australia, he’s descended from helicopters, climbed high-rise scaffolding, flown gliders, and even donned a scuba suit into the icy depths of the Monterey Bay Aquarium – all to get the best possible shot; as his incredible list of Fortune 500 clients would agree.

You can find more of his work on his website. This article was originally published on The Photographer’s Tribune.