Photographers in cities like San Francisco and Portland have been sharing apocalyptic images of red/orange skies as wildfire smoke literally blots out the sun. But many smartphone photographers trying to do the same thing have tried and failed over and over. It turns out Auto White Balance is ruining their shots.

If you have friends or family in either of these cities, chances are you’ve been send a text with a photo and the caption “the photo doesn’t really capture it right… it’s way more red and ominous looking outside.” The issue has become so widespread that Gizmodo declared smartphones were “color correcting the apocalypse” and the LA Times published a tutorial on how to capture the proper color on your phone.

Fun fact. Had to take that picture with my Canon camera because my phone keeps auto color correcting it and doesn’t show just how gross outside it actually is. pic.twitter.com/68uhYkwTW4

I took a photo with my bfs phone of my phone, to show how badly mine color corrects it too pic.twitter.com/0KLqDWHlYN

My phone camera keeps auto-correcting the color but my house is supposed to be a bright white, not orangish pic.twitter.com/GcDJZ20DbZ 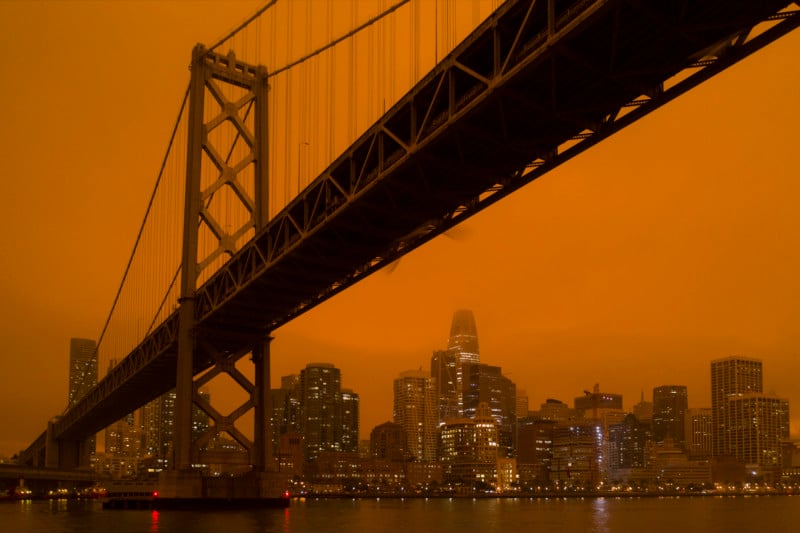 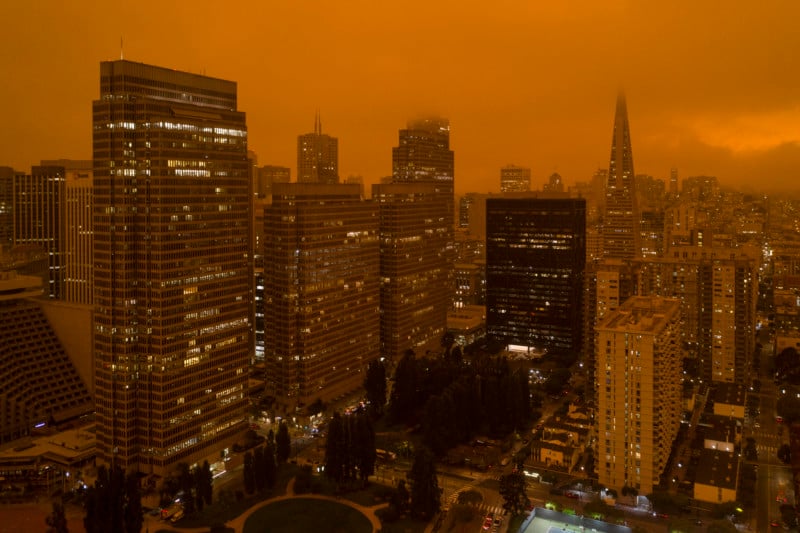 The answer is simple: download an app that allows you to either shoot RAW photos or choose your White Balance manually. Any of the more professional apps will do, such as Halide for iOS users or the Lightroom app for either iOS or Android. Both of these apps will allow you to change your white balance setting to “Daylight” or “Cloudy” and capture the appropriate Bladerunner vibes you’re after.

This is what it looks like in the Adobe Lightroom app for iOS. You first have to change your camera type from Auto to Pro, and then select the WB setting:

Obviously, if you’re in one of the cities whose skies turning red or orange, capturing accurate photos probably shouldn’t be at the very top of your priority list. But if you’re not in any immediate danger and you want to share your experience, don’t let your smartphone’s built-in camera app ruin it for you.

Image credits: Header photo illustration based on photo by Christopher Michel, CC BY 2.0.