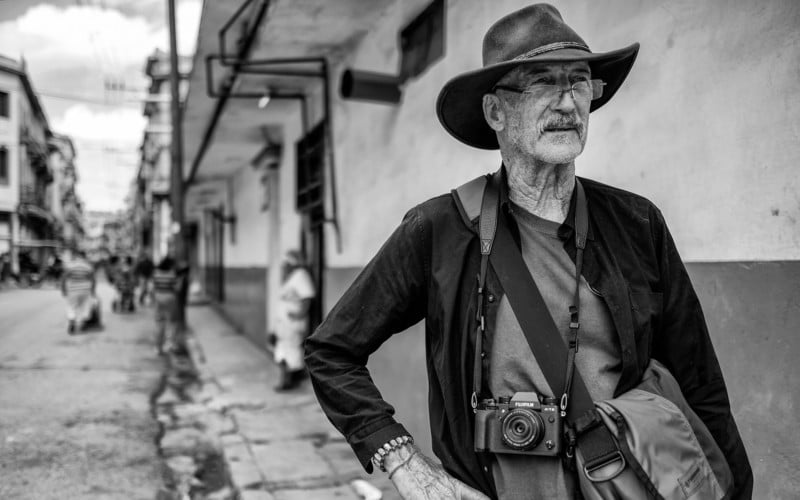 First reported by The Guardian, the decision was made by the Magnum Photos board, who voted unanimously to suspend Harvey’s membership after one member was “approached confidentially with the complaint.” It’s worth noting that 73-year-old photo agency has never expelled a member.

These allegations follow, but are not related to, the recent controversy surrounding some of Harvey’s images from 1989, which may or may not feature underage sex workers and have prompted the agency to take down its archive and perform a “comprehensive review – with outside guidance.”

Details about the complaint have not been made public, but Magnum tells PetaPixel that the alleged behavior “would represent a breach of [Magnum’s] code of conduct,” and so they have decided to suspend Harvey’s membership while a former investigation is carried out. You can read the full official statement below (which was also posted online):

A specific allegation has been made in confidence over the past few days relating to the personal conduct of David Alan Harvey. Such behaviour would represent a breach of [Magnum’s] code of conduct. A formal investigation is being carried out and David Alan Harvey’s membership has been suspended whilst this process takes place.

Magnum is committed to a safe work environment and we will fairly and thoroughly investigate allegations of improper conduct by photographers or staff.

Separately, the agency also clarified two other points for us over email. Firstly, they confirmed the suspension relates entirely to allegations of Harvey’s personal conduct, not the other matters raised in recent weeks; and secondly, the agency confirmed that Harvey has denied that the images from 1989 depict sexually exploited children.

We have reached out to Mr. Harvey for comment on the suspension and the harassment allegations, and will update this article if and when we hear back. In the meantime, the statement above is likely all that we’ll hear from the agency on the record until they conclude their investigation.

As of this writing, Harvey’s profile is still live on the Magnum Photos website.